Israel70 | Young Voices: The Israeli centre must seize the future 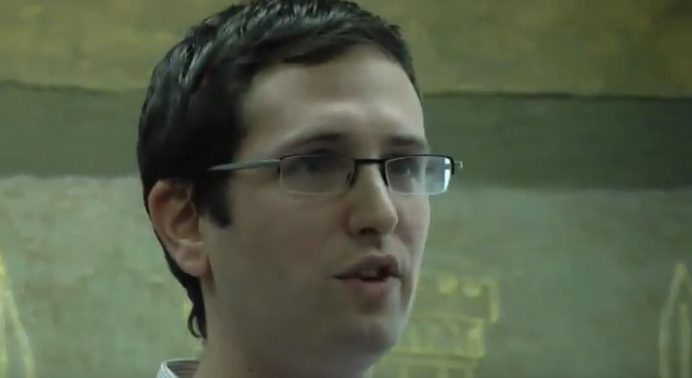 In 70 years Israel has become a global economic power, a vibrant cultural centre and a scientific superpower. It has created and maintained a robust democracy with checks and balances despite constant security threats greater than any faced by any other democracy. It has rescued Jews from across the globe and has become a safe haven for those fleeing from antisemitism.

Israel’s 70th anniversary is an opportunity to step back and congratulate ourselves, and those who came before us, on a job well done. But we shouldn’t stop there. Not because there isn’t an unbelievable amount to celebrate (there is) but because we there is much still to be done. We can do better than the status quo.

On Israel’s 80th anniversary we will be able to look back and judge our success by whether or not we met three key challenges: finding a path back from the brink of tribalism to real unity, finding the place of religion in a Jewish democracy, and bringing our country closer to peace with our neighbours. And then there are the broader challenges faced by the entire world: globalisation, artificial intelligence, climate change. Our success in meeting these challenges – the Israeli and the global – will define not just the next decade of life in Israel but potentially the next century.

The answers must come from a pragmatic outlook; realism combined with faith and ideology has typified the Zionist movement. We need a political approach that rejects populism and blind adherence to the old ideologies, which offer only simplistic but ultimately unrealistic solutions. We need an approach that can connect pride in Jewish heritage and values with an unwavering commitment to democracy, that creates real solutions to complex problems, and that not only looks at the world as it is today but has a vision for how it should look tomorrow.

In a world beset by polarisation and extremism, Israel, a country faced with unique geopolitical and societal challenges, is at risk of being dragged to the extremes. To answer the challenges which stand before us Israel needs the next decade to be led by centrists.

That starts with tackling the internal disintegration of Israel society through a politics focused on unity, not division. A politics that brings together religious and secular, Sephardi and Ashkenazi, those from the centre and the so-called periphery of the country. Israel’s political centre can change the discourse, setting the tone from the top by talking of political opponents not political enemies. And we will build consensus where we can, finding the issues that unite us and making the difficult decisions about the controversial issues based on dialogue and mutual respect.

A centrist approach can find solutions to the question of ‘religion and state’ by combining the values of Judaism and democracy without allowing one to overpower the other. Judaism can serve as a force for unity, not division. Jewish values must live side by side with the values of equality and liberty. In practice, that means Israel must have civil unions as an alternative path to religious marriage. We to achieve equality for the LGBT community and ensure that all streams of Judaism are recognised, respected and accepted. We need to foster a culture of live and let live; where religion isn’t enforced by legislation but religious sensibilities are respected so long as they don’t infringe on the rights of others.

And finally: peace. Opponents of any agreement with our neighbours point to the incitement that is rife within Arab society, to Palestinian rejectionism, to the money the Palestinian Authority pays to terrorists and their families. They are right and those of us who support an agreement, as Yesh Atid does, should highlight those issues too because there will never be an agreement if we’re not honest about who we’re dealing with. But there are more and more voices telling the world that the two-state solution is dead. Those voices are wrong and in many cases intentionally misleading. It remains the only viable solution and it is one which a majority of Israelis still support.

The shared threat of Iranian belligerence, the possibility of the shared benefits of Israel technology and expertise, the emergence of new leadership in key Arab states and the changing internal dynamics of parts of the Arab world have aligned to create a window of opportunity to make meaningful progress towards an agreement; not just with the Palestinians but with the wider Arab world. If a decade from now that opportunity hasn’t been taken and Israeli governments are still trying to manage an imaginary status quo, then the problems we face today will have only grown. That will leave Israel weaker.

Israel should do today what the Zionist movement has always done; take the initiative, be bold and be brave. We will always need a disproportionately strong military but, while an agreement on all final status issues is unlikely in the coming decade, we can make genuine and significant progress. We can create permanent borders, security mechanisms which are built to last and improve our diplomatic and economic relations with large swathes of the Arab world, which would alter the dynamic of the conflict and leave us better placed to resolve any outstanding issues with our Palestinian and Arab neighbours.

And if the Palestinian leadership continues to say no, to reject every offer and to choose the path of terror over the path of peace, as they have done so many times before, then we will still be better placed to build stronger relations with the international community, weaken the voices which seek to isolate Israel, and take advantage of future opportunities when they arise.

As we celebrate 70 years since the Declaration of Independence it’s time for a new, modern, forward looking centrist political movement to take the country into the next decade.