Israel70 | Young Voices: Israel’s Arabs should be in Israel’s government 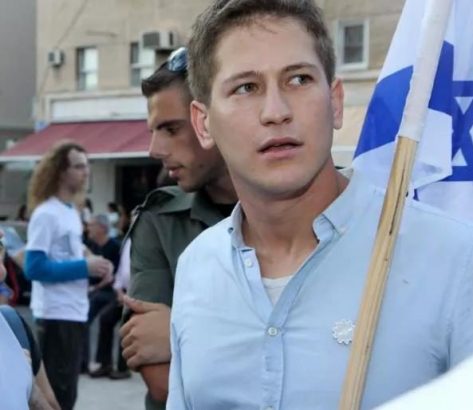 Tal Harris is the spokesperson of MK Amir Peretz and a PhD candidate in sociology on urban migration discourse, policy, and practice at the Goethe University in Frankfurt, Germany. Tal is also the former Executive Director of OneVoice Israel.

My first friendships with Israeli Arabs developed when I joined a Jewish Arab orchestra at aged 16. Between the notes we would hesitatingly exchange smiles and after dinner we would plunge into long conversations, which revealed inequalities in Israeli society and an identity crisis of Israeli Arabs –  or Palestinian citizens of Israel – that was unknown to me. Other exchanges focused on philosophy, girls, and other matters which preoccupied me back then.

One of the great challenges that Israeli society faces today is whether such friendships can become more the rule and less the exception, and whether they could be translated into the political realm.

The integration of Arab Israelis into society had always been easier in theory than in practice. Theodor Herzl considered both eastern European Jews and Arabs of the Levant to be underdeveloped and relied on technological and economic progress to build an exemplary society.

Reality didn’t quite catch up with that vision. Arab Israelis were subject to martial law for almost 20 years, until it was re-imposed over Palestinians in the West Bank and Gaza. Inequality and discrimination prevail to this day. In 1949 there were 160,000 Arabs in Israel, now there are 1,771,000 of them, yet not a single Arab town has been built in the past 70 years. In 2015 the average rates of high-school graduation for non ultra-Orthodox Jews were 71 per cent against only 45 per cent among Arab Israelis, resulting in a respective gap in monthly wages of £2,230 and £1,280.

Prof. Eugene Kandel, who headed the National Economic Council in 2009-2015 under Prime Minister Benjamin Netanyahu, adamantly warns that Israel would have to endure an additional deficit of £21bn by 2050 to sustain costs on social services unless a meaningful shift in the integration of Arab Israelis into tax-paying jobs is to take place (as well as of ultra-Orthodox Jews).

Social change on the necessary scale won’t come about from the work of Jewish-Arab orchestras alone or simply by increasing government investment in Arab villages. It also requires a political change.

By permanently being in opposition, Israel’s Arabs are doomed to stagnation – and as a significant minority of over 20 per cent, it can bring down the entire country with it.

It is unsurprising that such a vision is antithetical to the current coalition of right-wing and ultra-Orthodox parties. Over the past decade the government of Israel has attempted to systematically rip apart the delicate fabric of Israeli society. By delegitimising civil society organisations, the courts, the academia, the parliamentary opposition, and even the leadership of the army, Prime Minister Netanyahu has pioneered a divisive discourse of illiberal democracy, which betrays the role of the political leadership to create a nation under a common narrative and set of values.

Arab Israelis have been particularly targeted under the right-wing’s slander: their democratic participation has been framed by Netanyahu as a threat (‘Arab voters are going in droves to the polls’ he warned on election day in 2015) and his ministers regularly attack the Arab minority for disloyalty and alleged treachery. It is no wonder then that a PEW survey from two years ago revealed 50 per cent of Jewish Israelis support deporting their fellow Arab citizens and 79 per cent believe Arabs should be institutionally discriminated. A poll by Prof. Sammy Smooha of Haifa University published earlier this year reveals very low rates of tolerance among Jewish Israelis for having an Arab neighbour, letting their children have Arab classmates, entering an Arab town or village, or for working under an Arab manager.

At the same time, the opposition remains weak and in disarray. Without broadening the coalition of the center-Left in Israel to include a representative moderate Arab voice, prospects for the much needed political change are bleak.

The only left-wing coalition in the past four decades, made up almost entirely of Labour and Meretz, was made possible through support from Arab parties. It was built through agreements that Minister Moshe Shahal (Labour) concluded with MK Tawfiq Ziad (Hadash) to support the government so long as it worked to amend domestic inequalities and pursues a peace process with the Palestinian leadership. That was, regrettably, a singular, reticent and ad-hoc partnership.

Today merely discussing such a partnership remains a taboo among many on both the Jewish and Arab side. On the one hand, Arab activists have refrained from engaging with national struggles, like the 2011 social protests or the 2015 demonstrations against the controversial gas deal the government made with Noble Energy. The Arab leadership is fixated on making senseless provocations, like the collective boycott by Arab MKs of Shimon Peres’s funeral. On the other hand, Jewish leaders on the Left equally carry much of the blame, with their repeated attempts to draw legitimacy from the political centre by attacking Arab parties (a striking example comes from 2016, when opposition leader Isaac Herzog said the ‘Labour Party must stop giving the impression it always loves Arabs’).

Yet the Arab minority is increasingly open for change. In 2015 over 60 per cent of Arab voters expressed a desire to participate in government. The Zionist Left too needs to expand its demographic base ­– much like former President Barack Obama’s Rainbow Coalition of 2007-2008. What is now in the margins, must become mainstream.

Fixing Israel’s pathological inequalities, healing from a decade of Netanyahu’s rule, and going back on track to make peace with the Palestinians, requires bold and meticulous action and a fresh alternative. Neither the Arab minority nor the Zionist Left would be able to play this out on their own.