by Hen Mazzig
BACK 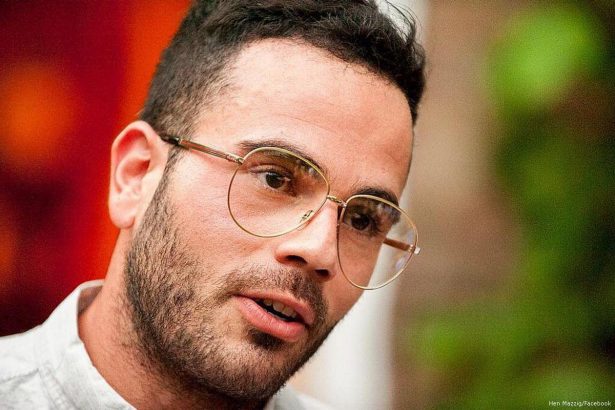 Hen Mazzig is an Israeli writer, international speaker, social media activist and advocate. Hen’s family comes from Iraq and North Africa (Berber Jews from Tunisia). As a young Israeli, Hen served in the IDF for almost five years as an openly gay commander.

‘THE STATE OF ISRAEL will foster the development of the country for the benefit of all its inhabitants; it will be based on freedom, justice and peace as envisaged by the prophets of Israel; it will ensure complete equality of social and political rights to all its inhabitants irrespective of religion, race or sex; it will guarantee freedom of religion, conscience, language, education and culture…’ – The declaration of the establishment of the State of Israel, 14 May 1948

We Israelis have much to be proud of as we approach the 70th anniversary of our young country, which has made great progress in many areas since its establishment. Equality, freedom and social justice are integral parts of our country’s DNA. We discuss issues openly, we work to change them and when there’s doubt about the upholding of these values, it makes the front pages of our newspapers.

As a Mizrahi in Israel I know the challenges faced by people who are considered minorities. Although we see Israeli politicians of Mizrahi descent and Mizrahi intellectuals and influencers serving as leaders in different industries, we are yet to see a Mizrahi prime minister. I hope that sooner rather than later a leader will emerge who will be of Middle Eastern descent to lead this Middle Eastern country.

In terms of gender equality, Israel has always been a force to be reckoned with. Starting with Prime Minister Meir Golda in the 1960s to the present day, women have received equal opportunity in most fields including both military and civilian positions. Israeli leaders and society do need to work together to promote gender equality even more, but for a young country we have come a long way. Being part of the LGBTQ community, I am very proud of my country. I was able to serve as an openly gay commander when the policy was still ‘don’t ask don’t tell’ like in the US military. Tel Aviv keeps on topping the charts for being the friendliest city for gays in the world. However, we need to move beyond recognising same-sex marriages to allowing them to take place in Israel. Unfortunately the institution controlling marriage in the state is run by people with the mentality prevalent in the dark ages.

Regarding the military service: after my five year military service I had a disadvantage compared to most young people around the world. It wasn’t pleasant to live in a base in Hebron, skipping the important years of my development to protect my country. However, it was necessary and was a pivotal part in making me the man I am today. Nevertheless, approximately 13 per cent of eligible young Israeli men are exempt from military service to study Torah and the IDF estimates that number will increase to 20 per cent by 2020. In short: it’s just not fair. There are several alternatives that have been suggested to allow Haredi men to contribute to our country, but also to stay true to their values. One suggestion is allowing Haredi men to enlist for partial service, and another is to serve in military positions and units that will not impede on their religious studies and their way of life. This is yet another example of the power that the rabbinical authority holds over Israel and Israelis, something which must be curtailed in the interest of our country’s future.

Looking at other free countries around the world, I am immensely proud of Israel’s achievements and development. Thinking where other countries were 70 years into their existence and where Israel is now, it’s night and day. We have come so far, but we have so far to go. We must keep marching.