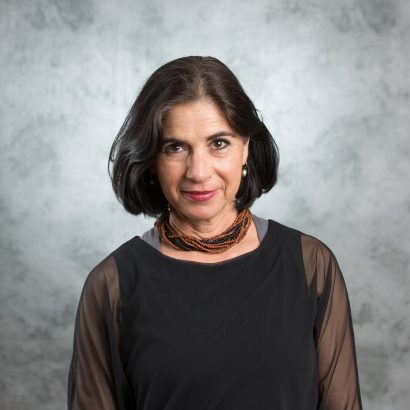 Hamutal Gouri is the former executive director of the Dafna Fund, a feminist fund working to promote women’s organisations in Israel. She is founding Director of Impact Storytelling: consulting, training and storytelling for social change, as well as being an active member of Women Wage Peace, Board Chair of Mashu-Mashu Theater for Social Change, board member of the Jerusalem Pre-Military Leadership Program (Mechina) and a member of the Israeli Board of Overseers of the Hebrew Union College in Jerusalem. She blogs in Hebrew and English at consult4good.wordpress.com.

This is harder than I thought, I told myself, as I took songs off the list, only to feel guilty for doing so, and put them back on again. But here are ten of my favourite Israeli songs. They tell a story of some pieces of my life and of the one place on earth I call home – Israel.

I grew up in a highly political home. My father used to listen to the news every hour and lived, to his last day, the pains and complexities of this country. The political discussions around the Shabbat dinner table were heated, because, well, we were brought up to care deeply about pretty much everything and held somewhat different perspectives on pressing political issues. The sticker song, released in 2004, tells the story of Israeli politics in a way that few popular songs do. The lyrics, by esteemed writer David Grossman, are based on political bumper stickers. The song tells the stories of major political events, such as the assassination of Yitzhak Rabin, and the Gaza disengagement and the uprooting of Jewish settlements, as well as the constant controversies around religion and state, racism towards Arab citizens, and more. I love this song because it is engaged art at its best – provocative yet full of compassion. In 2018, on Israel’s 70th Independence Day, the song was chosen as the most popular of all Hebrew language songs. And one last bit of trivia, Hadag Nahash (the fish snake) are from my city, Jerusalem.

I first saw Shay Tsabari on stage in 2015 at an unforgettable launch event for a disc dedicated to poems by my father, Haim Gouri z’l, composed and performed by both famous and emerging musicians. He is one of my favorite artists, with his huge, warm voice, and his gift for bringing together different musical and cultural worlds. This song binds the timeless words of the poet Yehuda Amichai with the powerful rock music by Berry Sakharof. The Yemenite singing tradition is present in his deep and trilling voice.

I lost my father three and half years ago, yet I still shed a tear every time I listen to this song. The lyrics and music sit so well together, the softness of Keiynan’s voice brings out the deep compassion of the words of my father’s poem. By now, dear fellow travelers, you may have understood that compassion is one of the uniquely human qualities that I hold in high regard.

Sivan Talmor and Full Trunk, As a Stone

A tiny woman with powerful facial features, and a guitar takes center stage. You do not know what to expect, until she starts singing, and her soft yet penetrating voice fills the stage, then the hall. I love this song because it delivers a universal musical experience: upbeat gallic music meets the melancholic and reflective words of a traveller who tries to get far away from home, and yet is yearning to come back.

Did I mention how difficult it is to choose only ten? Well, the one thing I knew for sure is that any short list must include at least one song by Yudith Ravitz, one of the most prolific and always evolving Israeli female musicians and singers. Her voice is unique; evocative when she whispers and when she raises  a musical cry. I love this song. It was released years ago, when I was a young woman very much in love, and I thought it must have been written just for me, to tell the world how I felt.

My eldest son of my first marriage to a Brazilian musician is called Daniel. He is now a journalist and rapper in his own right, but when he was a baby, this song was one of the lullabies I sang to him, to put him to sleep. Lullabies, as the folk culture critic in me knows, can often be quite gory, a sublimation of the exhausted mother’s anger at the baby who will not go to sleep. But not this song, that is full of love and wonder of how one tiny baby – your child – can fill up your heart with such tenderness and love, and indeed, as the song goes, to fill up the whole world.

Idan Raichel is one of Israel’s leading world music artists and well known to international audiences. Zehava Ben, one of the first female singers of the Mediterranean genre, is probably less well known outside the borders of Israel. But she is a wonderful singer, and this is simply one of the most beautiful love songs I heard this year. It is not a happy one; it points towards the sad yearning that we feel, even when our loved one is in the next room. It is about the longing to hold on to love.

I first heard this song with my daughter who, along with her older brother, is responsible for keeping my musical taste updated and properly eclectic. And, you may have picked up by now that I adore duets (this is the third one), because I just love it when two performers bring their voices together. Being a very verbal woman, I listen to the lyrics as much as I listen to the music, because, well, words matter. A Lot. But non-Hebrew speakers can still enjoy and appreciate this live performance, with the audience chiming in.

I believe that as human beings, we must contradict ourselves at least once a day (if not more). So here goes, I just told you that lyrics are important as much as the music, yet I do not understand a word of the lyrics. The wonderful Maureen Nehedar, a musician of Persian descent, has researched and revived traditional Jewish Persian music. We know Israel has its issues. I spend a big chunk of my time protesting the occupation, gender inequality, police brutality, you name it. But Israel is more than the sum of its political issues. It is also a hothouse for endless creativity and talent and artistic diversity. As we grow and mature as a society, we recognise the contributions of cultures near and far.

Seventeen years after I had my eldest son, I gave birth to a baby girl, Na’ama. With her mane of curls and her amazing voice, she fills the house with music. She educates me about new releases and makes my heart burst with joy when she sings oldies we used to sing growing up. My partner and I sang this song for her at her Bat Mitzvah. The song is available in several versions online, but I chose this one by Ofra Haza, one of Israel’s best ever singers, who died of AIDS in 2000. Haza, a Yemenite (like my partner), was the first Israeli artist to be nominated in 1993 to a Grammy award in the world music category.

As this musical journey comes to its end, I want to thank you, fellow travelers, for accompanying me on a road made of letters and notes, solos, and duets.

By Michael Wegier
In a new Fathom series, we invite guests to select their favourite Israeli music and tell us... Read more > June 2021

By Hamutal Gouri
Feminism aims to understand the root causes of gender inequality and its intersection with the... Read more > June 2021