The Three Best Books on Antisemitism, recommended by Dave Rich 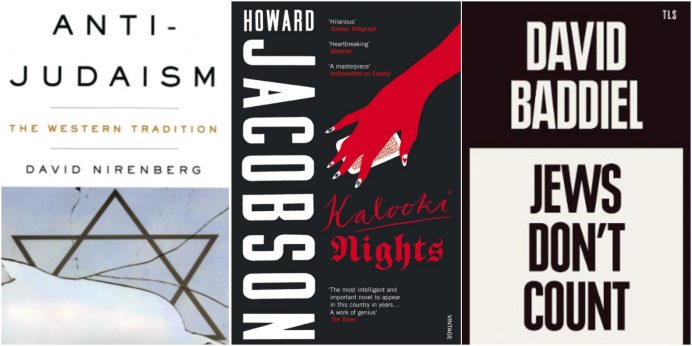 There are so many books about antisemitism that it seems foolhardy to try to summarise the full scope of literature on the subject, never mind choosing just three to recommend. Some books cover the vast expanse of antisemitism throughout history; others focus on a particular country, period, episode or trope. Holocaust-related literature alone provides an endless choice of ground-breaking research alongside fascinating and disturbing stories. Each new outbreak of antisemitism generates a new round of publications: for example, the past decade alone has seen several new books that try to explain the recent surge of antisemitism within radical, progressive politics. Even books that are not about antisemitism can still illuminate so brightly that they are become essential reading for anyone seeking to understand the subject (Vasily Grossman’s Life And Fate comes to mind).

There are so many different manifestations of antisemitism throughout history, in different epochs, societies and systems of thought and belief, that it ought to resist neat explanation via a single unifying theory, yet this is what David Nirenberg achieves in his phenomenal piece of scholarship. Nirenberg’s compelling argument is that, since the earliest days of Christianity (and even beforehand), people have used Jews and Judaism as concepts and reference points through which to interpret and understand the world. This is not so much about real Jews or Judaism, but rather their deployment as labels through which ideas, products and behaviours are categorised as the antithesis of what is valued or good in that particular society and time. As Nirenberg puts it when discussing the conflation of Jews and capitalism by some leading nineteenth century socialists, there are ‘long habits of thought that understood human life and history in terms of the struggle to achieve the proper relation between law and love, thing and person, letter and spirit, and called the failure to achieve that ideal “Judaism.”’ Hence money or property can be ‘Jewish’, as could the French revolutionaries, or early Christian fathers, or anyone or anything else that is not actually Jewish, but can have the characteristics of ‘Judaism’ thrust upon them as a way of assigning and explaining their (usually negative) place in the world. This is what gives antisemitism its unique character that differentiates it from other racisms and bigotries. Nirenberg’s theory also provides a framework for understanding new expressions of this idea, such as the otherwise inexplicable phenomenon of non-Jewish Labour MPs who have no connection to Israel being called ‘Zionists’ by supporters of the previous Corbyn leadership. If I could only recommend one book on antisemitism rather than three, this would be my choice.

Howard Jacobson won the Man Booker Prize in 2010 for The Finkler Question, a darkly comic exploration of the way antisemitism affects Jewish identity and provokes Jewish shame, but the judges chose the wrong book: Jacobson’s 2006 novel Kalooki Nights is darker, funnier, and much more sharply satirical about the angst of assimilation and the struggle to forge a post-Holocaust Jewish identity that exists beyond the permanent shadow of antisemitism. It tells the story of Max Glickman, a Jewish boy growing up in post-war Manchester with a talent for drawing comic strips and a disturbingly sexualised fascination with the Holocaust. His magnum opus is an unpublished graphic novel about Jewish history titled Five Thousand Years of Bitterness, and its sequel, No Bloody Wonder, through which he attempts to make sense both of antisemitism and Jewish responses to it; an ambition that becomes somewhat complicated when his co-author and childhood friend, Manny Washinsky, commits a breathtaking crime that Glickman spends years trying to unravel. The Jewish adults of his childhood are either throwbacks to the shtetl or revolutionaries whose Jewish identity is defined by its rejection (‘There was always too much of the excitement of apostasy about them for my taste’, he says of his father’s socialist friends). Every character in the book personifies either a different approach to Jewish identity or the antisemitism that they are trying to escape. Much of it is self-deprecating which is, of course, a typically Jewish response in itself: Glickman admires the American Jewish artists who created the great comic superheroes to express an alternative Jewish identity of strength and defiance, while lamenting his own Anglo-Jewish inability to draw trouser bulges convincing enough to make a living out of homoerotic soft porn comics. ‘Max of Muswell Hill in accommodating flannel pants looked a nice enough guy but he wasn’t going to make a killing in the sex shops of Soho.’ Sprinkled throughout all of this are jarring observations about the distorting legacy of antisemitism woven into the mundanities of life. ‘A train can never again be just a train’, Glickman tells us: it is one of those words that ‘should be struck out of the human vocabulary for a while, while we regroup, not for ever, just for a thousand years or so’.

Because antisemitism is always adapting to new environments, ideologies and movements, I feel that my set of recommendations ought to include a book that addresses a contemporary debate: and there is no book more currently relevant than David Baddiel’s short and engaging essay. The central argument of Jews Don’t Count is that Jews are commonly excluded from the assumptions, behaviours and responses that define anti-racist solidarity in today’s progressive politics. This is not so much a book about antisemitism as a book about an absence of thinking about, recognising, and responding to antisemitism. At a time when cancel culture is revising the reputations of some of history’s most renowned figures, subjective victimhood brings authenticity and identity politics trumps facts and truth, this book asks why Jews, a tiny minority that suffered near-extermination within living history, are routinely excluded from the (perhaps questionable) benefits of this recalibration of our racial politics. Baddiel provides numerous examples of antisemitism being ignored, downplayed or justified; and of antisemitism remaining invisible and unremarked upon while other types of bigotry they sit literally alongside are called out and apologised for. Some of these have affected Baddiel personally: the creator of the Channel 4 comedy series Bo’ Selecta! apologised last year for his impersonations of black celebrities, but not for depicting Baddiel as a grob, overweight religious Jew complete with big nose, payot and kippah. One example Baddiel cites that seems trivial but speaks volumes concerns a protestor who daubed ‘Dickens Was A Racist’ on a statue of Charles Dickens in Kent, at the height of the Black Lives Matter protests. He did this because of a letter Dickens had written about the Indian Mutiny in 1857 – ignoring the much better-known antisemitic caricature of Fagin in Dickens’ novel Oliver Twist. This struck home because I love the 1968 musical film version Oliver! which is a staple of daytime TV movie scheduling (twelve times on Sony Movies Classic and Sony Movies Classic +1 next week, as it is most weeks). I’d be sad if Oliver! got cancelled, but if it featured as famous a racist black caricature as Fagin is an antisemitic Jewish caricature, I doubt Sony Movies Classic would still show it quite as often. Baddiel explores the manifold reasons why Jews might not count for progressive anti-racists, touching on questions of whether Jews are white, whether they are an ethnic minority, and whether money, integration and power – to the extent that some Jews have achieved those things – affect the ability of racism to hurt or destroy. Baddiel doesn’t answer all these questions, but he asks them persuasively enough to convince that others ought to be asking them too.

Norman Cohn – Warrant for Genocide: The myth of the Jewish World Conspiracy and the Protocols of the Elders of Zion. How and why the most dangerous antisemitic conspiracy myth of the modern world was invented, spread and used.

Laurence Rees – The Holocaust, A New History. No single book can tell you everything about the Holocaust, but this is as definitive an account as currently exists. 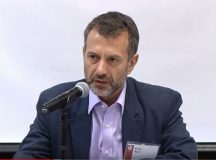 The IHRA: A Reply to the Guardian Letter...

By Dave Rich
On 7 January 2021 The Guardian published a letter from eight lawyers who claimed that... Read more > June 2021 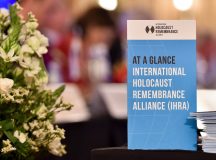 By Dave Rich
Dave Rich is Head of Policy at the Community Security Trust. He argues that Derek... Read more > June 2021 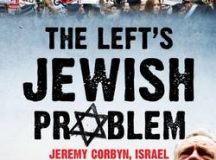 By Philip Spencer
To say this is a timely book is something of an understatement. Over the past... Read more > June 2021 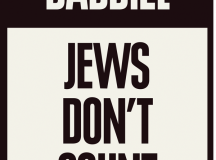 By Sarah Brown
The premise of Jews Don’t Count is that antisemitism is too often glossed over –... Read more > June 2021 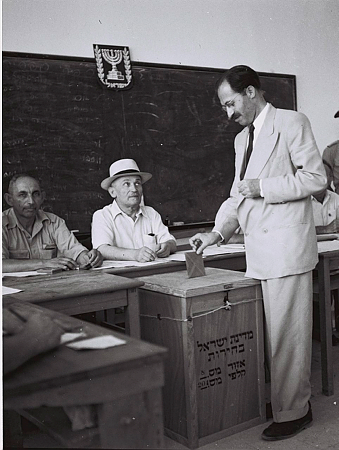