by Sarah Brown
BACK 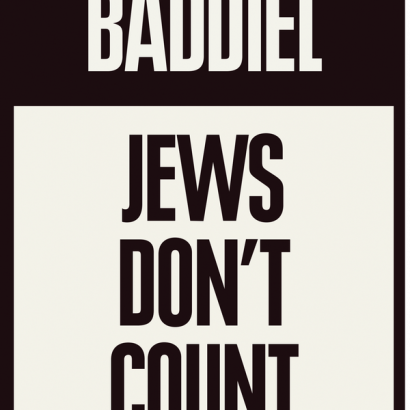 The premise of Jews Don’t Count is that antisemitism is too often glossed over – blanked out – by just those progressives who would usually rush to support any beleaguered minority group. The book opens with a series of examples of antisemitism failing to register as a cause for concern; the cumulative impact of these is to make a forceful case for the existence of double standards. A telling instance relates to the 2019 musical production of Alice Walker’s The Colour Purple. While the actress, Seyi Omooba, was sacked from playing the role of Celie because of her homophobic views, antisemitic statements made by Alice Walker herself don’t seem to have registered as a deal-breaker. Such examples make it easy to see why Baddiel fears that antisemitism is increasingly being seen as a ‘second-class racism’ (p. 11). He goes on make a powerful point about the way in which antisemitism can manifest itself, not just as a malign presence (usually on the far right), but also as an absence.

But what I’ve begun with here is a series of examples of the opposite: of absences. Of something – a concern, a protectiveness, a championing, a cry for increased visibility, whatever it might be – not being applied to Jews. (p. 14)

This kind of antisemitism by omission is a source of particular frustration to Baddiel because it is most commonly to be found within his own political home, the left.

Baddiel goes on to engage with the familiar argument that Jews are excluded from the category of oppressed groups because they are themselves associated with the oppressors – with money and power. He offers the example of American actor and activist John Cusack retweeting an antisemitic meme about Jewish power, and being forced to apologise and assert that he ‘did not have an anti-Semitic bone in his body’. (This defence against charges of antisemitism or racism is risibly weak – its persistent popularity is bizarre given how hollow it always sounds.) But there are countless such examples, all illustrating the way in which too many on the left don’t appear to condemn antisemitism until they are forced to deal with a personal accusation. They need, as Baddiel puts it, ‘a Jewish rear-view mirror’ (p. 22). The same people who would usually insist on any minority group’s right to define what is racist are often the first to react indignantly if one of their own is charged with antisemitism (p. 39).

Inevitably, many of the talking points raised by Baddiel have already been widely canvassed. However, he often selects less familiar details on which to focus, thus offering new insights. For example, rather than rehashing the familiar Mear One mural saga in full, he highlights the racism of that artist’s response to the controversy – ‘Some of the older white Jewish folk in the local community had a problem with me portraying their beloved #Rothschild or #Warburg’ (p. 42) – and offers a pithy analysis explaining just why this is so vile. He then juxtaposes the Neo-Nazi insistence that Jews are Asiatic with a tendency on the left to assert that Jews are white, and goes on to demonstrate that being Jewish can even be invoked as a way of intensifying someone’s ‘white’ status, further separating them from any right to identify as oppressed, and thus from any claim to sympathy. In similar vein, Baddiel points out that Jews are effectively excluded from the BAME category; thus Sajid Javid was hailed as the first BAME Chancellor of the Exchequer when Nigel Lawson had previously held that role. At this point Baddiel addresses the reader directly, and asks whether we also unthinkingly exclude Jews from the ME element of BAME – and I think, at least in some contexts, I’d have to answer ‘yes’.

Because Jews aren’t viewed in the same way as other minorities, Baddiel goes on to point out, there is little anxiety about casting non-Jews in Jewish roles in films and TV shows – such as The Marvelous Mrs. Maisel and Friday Night Dinner – where Jewishness is absolutely central to the story. He isn’t arguing that non-Jewish actors should never play Jewish roles – just observing that barely anyone even raises an eyebrow at this, and that occasional expressions of anxiety raised by the Jewish press never gain traction on social media, an important vector for such complaints. Baddiel offers a sample of letters to The Stage protesting against making a fuss about this issue – and these range from the tone deaf to the borderline antisemitic. This trenchant conclusion to a section on some of the ways in which non-Jewish actors have depicted Jews in unpleasant and stereotypical ways seems fully earned:

[W]hen you cartoon the Jewishness, and you yourself are not Jewish, what is that if not minstrelsy in another form? (p. 64)

In a footnote (on p. 55) he notes the media figures who hide or actively renounce their Jewish heritage, and observes that (nowadays) this is rarely done with any other minority ethnic background, more often invoked as a source of pride. Although its major lines of argument are reasonably familiar, it’s these little insights which make Baddiel’s polemic so compelling.

Baddiel reflects on the status of the word ‘Jew’, contrasting anxieties about this word with the way some other minorities have reclaimed slang insults against them. For in the case of Jews, what should be an entirely neutral signifier is itself a potential insult, leading many to opt instead for the periphrasis ‘Jewish people’, ’due to the ‘systemic racism of Judeo-Christian culture, the submerged power that hangs around, because of two centuries of linguistic toxicity’ (p. 33). Baddiel quotes from his 2004 novel The Secret Purposes to illustrate how and why the word ‘Jew’ has such a charge. One character, a translator working on the Isle of Man in the Second World War, muses on its resonances, and on the urge to soften its impact by adding the suffix:

within its tiny syllable was contained all the time and all the fear and all the hate of its history. This is what makes the gentile want to spit it out of his mouth. (p. 35)

Another interesting seam in this book’s argument concerns the exclusion of Jewish victims of violence from the category of those who are unambiguously innocent. The first example Baddiel cites is a 1940 document emphasising the propaganda importance of focusing on ‘indisputably innocent’ victims of Nazism, as opposed to violent criminals – or Jews (p. 94). He then moves on to French Prime Minister Raymond Barre’s apparent distinction between the Jews killed in a 1980 terrorist attack on a French synagogue and ‘innocent French people’ caught up in the violence. By contrast with such possibly subconscious slips, we are also reminded of Jenny Tonge’s musings over the possible reasons for antisemitism:

‘Why have the Jewish people been persecuted over and over again throughout history? Why? I never get an answer. If we discussed this we would be accused of anti Semitism, so better not, and so it goes on! (p. 96)

It’s interesting that even within this grotesque display of victim-blaming, Tonge opts for the phrase ‘Jewish people’ rather than just ‘Jews’.

I had been wondering whether Baddiel would turn his attention to Israel. It was certainly helpful to be reminded (for the first 90 pages) that so many manifestations of antisemitism operate quite independently from any concerns about Zionism, particularly as it is often assumed that this is almost the sole focus of antisemitism on the left. Baddiel himself is not especially interested in Israel – and sees its culture as rather remote from his own (British) Jewish identity. He is understandably resentful of the way in which so many people ineluctably and predictably #BringIsraelPalestineIntoItSomeFuckingHow (p. 91), and strongly resists any idea:

… that Jews, non-Israeli Jews, must apologise for Israel: that Jews – non-Israeli Jews – should feel just a little bit ashamed of Israel, and must, before they are allowed into any kind of public conversation, make some kind of supplicant-like statement to that effect. (p. 92)

Some readers have been a little disconcerted by Baddiel’s lack of interest in Israel, his failure to identify with Zionism. But this stance makes it easier for him to brush aside the favourite response of the left-wing anti-Semite – ‘you’re only using the cry “anti-Semitism” because you are a Zionist.’ (p. 97). Debates over Israel are so polarised that it was refreshing to read Baddiel’s calmly measured disagreement with a Zionist position – a disagreement which did not translate into seeing all those who think differently as racists or extremists.

Baddiel demonstrates a similarly nuanced approach when reflecting on accusations that the Conservative Party weaponised Labour’s antisemitism problem. He describes an occasion when Matt Hancock appeared to raise this issue as a deflection technique when being questioned about the government’s record on the NHS, and notes how it was immediately met with a chorus of boos from the crowd. Without defending Hancock’s tactics, Baddiel describes how the crowd’s anger struck him as chilling, and quotes from a Twitter exchange with a reasonably sympathetic interlocutor who nevertheless found his reaction over the top, ‘seeing things that are not there’ (p. 107). He issues a plea to well-meaning non-Jewish readers to engage with the ‘lived experience of Jews’:

‘I think what was never understood by those in the Labour Party who became defensive around the idea of anti-Semitism between 2015 and 2019 is how scared, at base, Jews are. (p. 108)

Jews Don’t Count is a powerful and personal contribution to the debates around antisemitism on the left. It’s often witty, but also furiously forensic in the way it nails its targets. I hope that Baddiel’s public profile, as well as the book’s accessible style (and price), encourages more people to think about these issues. 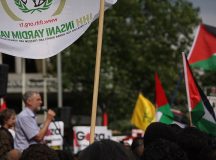 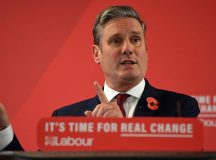