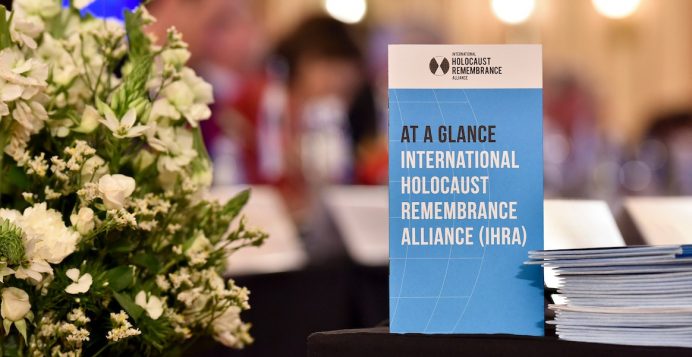 Dave Rich is Head of Policy at the Community Security Trust. He argues that Derek Penslar’s criticisms of the IHRA are based on a series of mistaken assumptions about the document.

Penslar writes that the IHRA definition’s ‘judgment of critical discourse about Israel assumes guilt rather than innocence.’ This is strange, because the IHRA definition says ‘criticism of Israel similar to that leveled against any other country cannot be regarded as antisemitic’. That is surely a presumption of innocence, not guilt. ‘There are a great many people in the world who bear no animus against Jews but who are troubled by Israel’s treatment of Palestinians and want it to change’, Penslar writes. This is true, and the IHRA definition does not suggest that such a position is antisemitic.

Similarly, Penslar writes that he wants a definition that could help him make ‘a clear distinction between conspiratorial fantasy and demonstrable reality, between unhinged and fact-based (even if intemperate) language about Israel’. Yet this is exactly what the IHRA definition does, because it distinguishes between ‘criticism of Israel similar to that leveled against any other country’ and ‘Using the symbols and images associated with classic antisemitism… to characterise Israel or Israelis.’ Penslar claims that the IHRA definition has the ‘strong implication that highly critical but factually accurate statements about Israel are antisemitic.’ He does not offer concrete examples of ‘highly critical but factually accurate statements about Israel’ that he believes would fall foul of the IHRA definition, other than saying that ‘Claiming that IDF soldiers harvest Palestinian organs is antisemitic; claiming that Israel denies West Bank Palestinians basic human rights is not.’ But this distinction he calls for, between ordinary political criticisms and wild conspiracy theories, is baked into the IHRA definition.

Penslar implies that an evidence-based argument that ‘Israel bears its share of responsibility for the creation of the Palestinian refugee problem in 1948 and for subsequent Arab-Israeli wars’ would contravene the IHRA definition. It is likely (although he doesn’t say so explicitly) that he has in mind the example in IHRA that states: ‘Denying the Jewish people their right to self-determination, e.g., by claiming that the existence of a State of Israel is a racist endeavor’ could be antisemitic. Some people, including some advocates of the IHRA definition, misread this example as prohibiting the description of any Israeli policy or practice as racist, including the circumstances of Israel’s creation. It doesn’t say this at all. The example says that it could be antisemitic to deny the Jewish right to self-determination; and as an example of how this denial might be expressed, it offers the phrase ‘the existence of a State of Israel is a racist endeavor’. Crucially, this ‘racist endeavor’ clause only exists within IHRA as an example of the denial of the Jewish right to self-determination, and not in isolation from that denial of rights.

Even so, why should it be antisemitic to deny this right to Jews? They would hardly be the only people on earth to find that the rest of humanity does not recognise their right to self-determination. It isn’t necessarily an example of discrimination. Yet in making this argument, Penslar inadvertently highlights the flaw in the Jerusalem Declaration’s approach. He argues that it should be acceptable for people to consider ‘proposals for alternative political scenarios for the future of Israel and the Palestinians’, and that the Jerusalem Declaration treats this as a type of speech ‘that may be presumed to not be antisemitic’. But what might these ‘proposals for alternative political scenarios’ look like? One such proposal might be made by well-meaning academics who believe that the interests of Jewish Israelis, and diaspora Jews, are best served by pooling sovereignty with Palestinians in a modern, European-style democracy. Another comes from Iran, an antisemitic regime that repeatedly pledges to eradicate Israel, by force if necessary, presumably to replace it with a version of Iran’s own theocracy. These are both ‘proposals for alternative political scenarios for the future of Israel and the Palestinians’, but one is much more likely to be antisemitic than the other. The authors of the Jerusalem Declaration appear to have forgotten that academic seminar rooms in Western capitals are not the only places where people theorise about a world without Israel in it, and some of the people who entertain this fantasy do so precisely because Israel is Jewish.

This is where the IHRA definition’s ambiguity is so useful, and this difference of approach is fundamental to the two documents. Where the IHRA definition is built on uncertainty – it talks of things that ‘might’, ‘may’, and ‘could’ be antisemitic – the Jerusalem Declaration is much more presumptive, with guidance about things that ‘are’ and ‘are not’ antisemitic. One of the most curious aspects of the academic enthusiasm for the Jerusalem Declaration over the IHRA definition is this desire for something that removes the need to think about the complexities of antisemitic manifestations, or to consider the context and impact of each individual example.

This is also reflected in the Jerusalem Declaration’s verdict that ‘Boycott, divestment and sanctions are commonplace, non-violent forms of political protest against states. In the Israeli case they are not, in and of themselves, antisemitic.’ Penslar implies that the IHRA definition says otherwise, although the subject of anti-Israel boycotts does not appear in the IHRA definition at all. Penslar asks:

‘A person who chooses not to buy Turkish figs, encourages their friends not to do so, and starts a campaign against the purchase of Turkish figs may be assumed to oppose the Turkish government but not to hate the Turkish people. Why, then, would we assume that someone who favours a boycott of Israeli goods hates Israeli Jews, not to mention Jews as a whole?’

Why indeed? The IHRA definition makes no such assumption; but since Penslar has asked the question, let us explore whether there might be a qualitative difference between a person who wants to boycott Turkish figs and a person who wants to boycott Israeli dates. It is quite rare to find people or movements on the progressive left who actively oppose the Turkish government at all, even though Turkey is a member of NATO that has, for decades, severely and violently repressed Kurdish nationalism, occupied Greek territory in Cyprus, has a long record of human rights abuses in its domestic politics, and committed a genocide in the last century that it still refuses to acknowledge. Campaign groups do not call tens of thousands of protestors out onto the streets whenever Turkish tanks roll into Kurdish territory, even though Turkey buys considerably more arms from the UK than Israel does. And even if they did make that call, those protestors would not appear in anything like the numbers that they do when Israeli forces enter Gaza.

Nor is there, in wider society, a phenomenon of anti-Turkism that compares to Europe’s enduring history of antisemitism. There is no anti-Turkish discourse embedded in our language and literature that compares in scale and breadth to the frequency with which antisemitic tropes, characters and images are found, despite the centuries of conflict between Christian Europe and Ottoman Turks: no Turkish Fagin or Shylock that has entered our popular culture. The Islamophobia that exists in Western societies is not linked to anti-Turkish politics in the way that Penslar acknowledges that the antisemitic discourse he encounters ‘invariably contains references to Israel’. Campaigns to boycott Israel might be motivated by this context, or might draw energy from it, or might have a disproportionate impact on Jews. Or, they might not do any of these things, depending on the particular circumstances. There is an alternative context to boycotts that has nothing to do with Jews or antisemitism: boycotting a country, company or institution is a common method of protest, and applying this tactic to Israel isn’t automatically antisemitic just because Israel is a Jewish state.

The IHRA definition recognises all of this, because it doesn’t give a definitive answer about whether something is, or isn’t, antisemitic. It challenges us to make our own judgement and gives us guidance to assist in that process. There is, sometimes, a different context to the boycotting of Israeli dates than there is to the boycotting of Turkish figs, and that context means that, sometimes, boycotting Israel might be antisemitic. Academics should welcome that uncertainty. After all, if a definition does all our thinking for us, what is left to discuss? 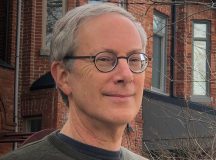 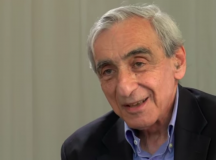 By Michael Walzer
Michael Walzer is Professor Emeritus of Social Science at the Institute for Advanced Study, Princeton... Read more > May 2021

I hope that UCL faculty and staff will...

By Michael Walzer
Michael Walzer is professor emeritus at the Institute for Advanced Study in Princeton, New Jersey... Read more > May 2021 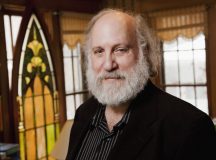 By Cary Nelson
Cary Nelson’s responds to replies by Derek Penslar and Michael Walzer to his Fathom article... Read more > May 2021 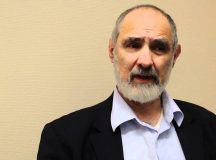 ‘A Remarkably Aggressive Naïveté’: A Response to Derek...

By Richard Landes
Richard Landes argues that the claim made by the signatories of the Jerusalem Declaration that... Read more > May 2021