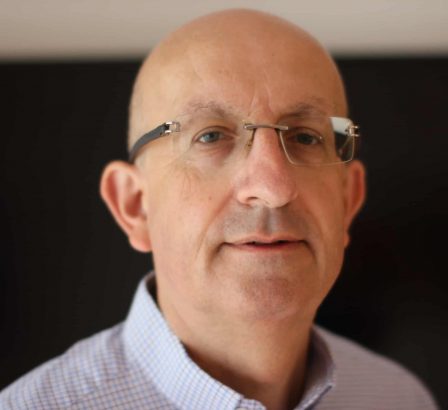 In a new Fathom series, we invite guests to select their favourite Israeli music and tell us a little about each song. First up is the Interim Chief Executive of The Board of Deputies of British Jews, Michael Wegier.

With a career spanning 50 years, Einstein was one of Israel’s best loved and most important singers. He also had an early acting career including in the famous films Salach Shabbatai and Peeping Toms. In later years, following a car accident that damaged his eyes, he stopped performing and became a semi-recluse. He was a key figure in Israeli and specifically Tel Aviv culture and is often described as the exemplification of ‘Israeliness’. As I began learning about Israeli music, I became a big fan of Einstein and can sing many of his songs (only to myself).

This song, written in 1974 shortly after the 1973 Yom Kippur war is aimed at the bus driver taking Arik’s band around Israel. It covers unconnected episodes of Israeli life including military service, beach culture, girlfriends at home, football (he was a fanatic) and his love of the Beatles. The only organising theme is the call upon the driver to ‘slow down’…

Kobi Oz from the southern town of Sderot, very near Gaza, now lives in Tel Aviv and is a successful singer and writer. Formerly part of the popular Tippex band, he then struck out on his own and has become increasingly interested in exploring the fusion between traditional Mizrachi (Eastern) culture and modern Israel. In this 2010 album, Songs for the Perplexed (A riff on Maimonidies Guide to the Perplexed – a medieval work of Jewish philosophy), he opens with this ‘Piyut’ (liturgical poem) where he performs a duet with recordings of his late Tunisian grandfather’s prayer. It is a call to God to allow Mizrachi moderation to overcome extremism. Oz came to Limmud in England once and was a huge hit there. Learn more here.

Chava Alberstein is one of the greats of Israeli folk and rock music as well as extremely accomplished singer of Yiddish folk songs. This 1978 song is about the approaching Hebrew month of Tishrei and discusses the changing weather and mood within Israel as the long hot summer draws to an end and people focus their attention on to the high holidays of September/October and the autumn harvest. The song is played frequently on Israeli radio as Rosh Hashana and Yom Kippur approach and is almost a marker that now is the time to reflect on the new Jewish year. Even now in London, we play this song in our house as the Hebrew month approaches. It is a very nostalgic song for me.

Yehudit Ravitz is one of Israel’s most popular singers and was part of a small group that performed the incredibly successful children’s album known as ‘The 16th Lamb’. (All your Israeli friends and family will know this album). I have chosen this 1984 song from the album called Silk Road and it’s the title track. It is a very intimate love song which is unusually explicit about sex, albeit in a poetic, lyrical manner. I was on my gap year in Israel when the song was released and I can remember hearing the catchy, repetitive beat and wondering what the lyrics meant. Well now I know.

This song from the 1989 album Antartica is one of my very favourite Israeli songs. Allal was born in Tunisia and come to live in Israel as a child.

The song is about Israeli politics and society as well as the smallness of Israel on the world map. Why does the country occupy the world’s attention so much? The moustache of the title refers to Prime Minister Yitzchak Shamir. The music is very evocative and the lyrics resonate as they relate to Israel’s place in the world and history. It is one of the most famous of her songs, along with another one called “I Have no Other Country’. I have always preferred this one with its biting wit and clever word play.

I have seen Shlomo Artzi in concert more than any other performer. Twice in London and several times in Israel. He never disappoints. Following the death of Arik Einstein, I would put Artzi as Israel’s best loved singer. He is a chronicler of the mood of the country and a superb singer-songwriter. His 1988 double album, ‘July-August Heat’ includes this beautiful song about the travels of Artzi and his son throughout Israel as he dwells on his concern for Israel’s future as well as his relationship with the boy’s mother. The song has many evocative lines relating to his ignorance of Arab culture and his concern about the situation in the territories. The song is often performed in the encore section of his concerts and the lyrics are known by all.

This is an extraordinary album from 1988. It is made up entirely of songs about their parents who were Holocaust survivors. Poliker’s family were from Greece and Gilad’s from Poland. Poliker was already an accomplished rock singer with the band Benzine and this was a new direction. My chosen song is about Gilad’s mother’s trip back to Poland to rediscover her past. He is concerned for her welfare there and the song title says it all. I am especially moved by the line song by son to mother “Take a coat – You’ll be cold”. The melody is influenced by Poliker’s Greek interest even though that is not the subject matter. The album was the subject of a documentary called ‘Because of that War’ and the album is considered by critics to be an outstanding accomplishment. I listen to it each year during Israel’s Memorial Day for the Shoah.

Understandably, many Israeli songs are dedicated to fallen soldiers and these are played continuously around Memorial Day for Fallen Soldiers. I have selected the deeply poignant Million Stars with its recurring line ‘I wanted a single second to say to you Shalom’. The song was written by Yiftach Kresner in memory of his friend Tom Farkash killed in Lebanon in 2006 and became the song most associated with that war. It was sung at his funeral by his sister Amit and marked the start of her singing career.

This 2006 song by this popular rap band develops a longstanding tension within Israel between Jerusalem and Tel Aviv. Jerusalem symbolises seriousness and tranquility. Tel Aviv radiates fun and hedonism. As the lead singer (Shaanan Streett) stays longer in each city, he yearns for the other. Back and forth he goes. The song reminds us of the great Hebrew novel ‘Only Yesterday’ by Shai Agnon (1945) which explores similar themes. Hadad Nachash devote many of their songs to the zeitgeist of modern Israel, using sharp and witty lyrics to make their point. Incidentally, the band’s name which means Fish Snake is a spoonerism of the Hebrew Nahag Chadash ‘New Driver’.

This is a fast and furious song set in the aftermath of the 1st Lebanon War and the economic difficulties of the mid 1980s. It was written and performed by Shalom Hanoch, one of Israel’s most important singer songwriters who was a great friend and collaborator of Arik Einstein. The song portrays tense moments of Israelis trying to make a living amid the prevailing stress. References are made to the stock market decline and the insensitivity of politicians to people’s lives. The central refrain of the song is summed up by the provocative line ‘The messiah is not coming. He also is not calling’. The song made a big impact when it was released and continues to be regularly played on radio stations and of course at Hanoch’s concerts.

By Fathom Editors
Each week five Fathom writers will recommend Israel-related books, films or podcasts to help our readers through... Read more > June 2021 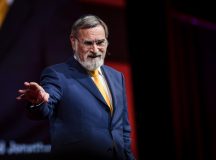 By Michael Wegier
Lord Rabbi Jonathan Sacks was a good friend to this journal, meeting with its editor... Read more > June 2021 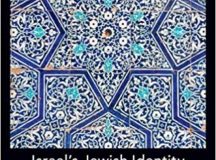 By Michael Wegier
Yadgar’s book was born out of a difficulty he found while teaching at Berkeley of... Read more > June 2021 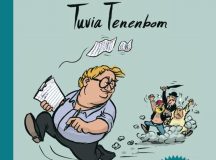 By Michael Wegier
Tuvia Tenenbom is a product of the Ultra-Orthodox community in B'nai Brak, near Tel Aviv.... Read more > June 2021