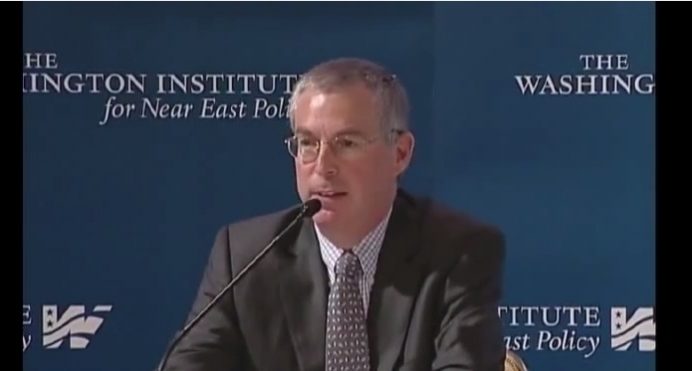 Alan Johnson: There have been three military operations in Gaza since 2008. Not just Israelis and Gazans, but the international community are now increasingly vocal in saying we need a political solution to avoid a fourth round. Udi Dekel and Shlomo Brom of the Institute for National Security Studies (INSS) have proposed the policy of ‘reconstruction for demilitarisation’. What is your general assessment of this approach?

Michael Herzog: First, I support the approach as a matter of principle. However, we have to distinguish between shorter and longer term goals. The shorter term goal is to reach some kind of ceasefire arrangement, where both sides commit to a cessation of hostilities, coupled with the opening of Gaza to reconstruction and humanitarian assistance. The longer term goal is to secure regional and international backing for a more ambitious approach of demilitarisation for reconstruction, opening Gaza to a ‘mini Marshall Plan’.

In practical terms, I think we all understand that demilitarising Gaza, disarming the armed factions in Gaza, is a daunting challenge. Hamas is not going to disarm voluntarily. I don’t know of any outside force that is both willing and capable of doing the job other than Israel, and it would require the conquest of Gaza and staying there for a very long time. In terms of cost effectiveness, I don’t think this is an Israel priority.

The international and regional backing that exists for the demilitarisation of Gaza is important in several senses. First, as a conceptual recognition that if you want to stabilise Gaza over the long run and prevent the repetition of violent rounds of conflict, you have to support this. Second, as far as Israel is concerned, if we are faced yet again with a situation where we have to stop the firing of rockets from Gaza, such international recognition adds legitimacy to Israel’s self-defence. Third, it enhances the already agreed principle that any future Palestinian state has to be demilitarised and that includes Gaza.

AJ: What’s your assessment of which regional actors would be interested and supportive of this broad approach, and which would be in opposition and what’s the balance of force between those two kinds of regional actors?

MH: There’s no doubt in my mind that Egypt would support it, though I’m not sure to what extent it will cooperate practically. Egypt will do its part in preventing the re-armament of Gaza; of that I’m quite confident. But if we are talking about a broader approach advocating demilitarisation then I believe that while they will support the principle, Egypt does not want to come under pressure to play an active role. It much prefers to support the idea of demilitarising Gaza if others will do the job.

I would also count Abu Mazen and the Palestinian Authority (PA) [as supportive of the idea]; the problem is that because the PA is rather a weak actor and comes under a lot of public pressure internally, it cannot present itself openly as leading a move to demilitarise Gaza. It would prefer to lead the rehabilitation and reconstruction of Gaza. Demilitarisation – which ultimately translates into weakening Hamas’s resistance to Israel – is problematic for them to support publicly. They might support some moves behind the scenes – they have accepted the principle of demilitarisation of a Palestinian state – but I think they are reluctant to be an active partner with Israel on this. Other regional actors that would certainly support such a move are Saudi Arabia, Jordan and the UAE.

On the other hand, we should expect efforts to undermine the whole idea by some other important regional actors. First, Iran: what we’ve seen during this round of confrontation is that Iran, Hezbollah and the members of the so called ‘resistance axis’ have closed ranks. Before this confrontation there was a rift between Hamas, Iran and Hezbollah, because Hamas would not support Bashar al-Assad; and they lost some Iranian financial support as a result. Now we see Qasem Soleimani, the Commander of the Al-Quds Force, saying the idea of demilitarisation of Gaza is to be resisted. They will try and play a role in re-arming Hamas, it’s not going to be easy because Egypt will close its borders, but they will try every way they can.

Another challenge to the policy is to be expected from Qatar and Turkey, the traditional political and financial supporters of Hamas. Both support Islamist, Muslim Brotherhood type parties in general, and Hamas in particular. They would like to channel support; not weapons but certainly money, to Hamas. The question is: Will outside economic or financial support be directed only to rehabilitation, reconstruction and humanitarian needs? Or will it be abused by Hamas to build up its military capabilities? I believe that if we have a firm ceasefire arrangement, which comes with security guarantees to make sure that what goes into Gaza is not used to smuggle weapons, and that building materials are not used to build tunnels, then the challenge from Qatar and Turkey can be tackled.

AJ: Dekel and Brom talk about a US-led political initiative. How realistic do you think that is? Do you think America still has the interest and the capability to lead a broad international alliance in a project of this scale and ambition?

MH: Potentially, yes. Secretary Kerry would definitely be interested in leading an effort which combines demilitarisation with rehabilitation. I also believe that if there is a strong enough regional and international alliance that wants to go down that road, then the US may be inclined to lead it.