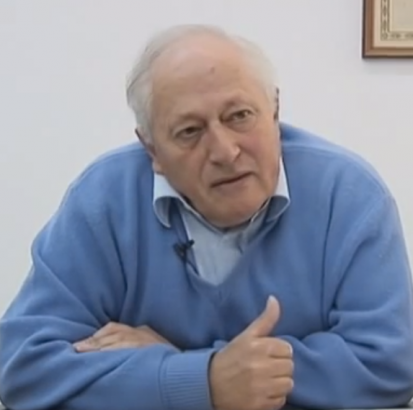 Alan Johnson: There have been three military operations in Gaza since 2008. Not just Israelis and Gazans, but the international community are now increasingly vocal in saying we need a political solution to avoid a fourth round. Udi Dekel and Shlomo Brom of the Institute for National Security Studies (INSS) have proposed the policy of ‘reconstruction for demilitarisation’. What is your general assessment of this approach?

Asher Susser: The principle is very much on the mark. I think demilitarisation is a long term objective, although the reconstruction of Gaza should certainly be accompanied by thenon-remilitarisation of Hamas. I doubt we will get very far with the reconstruction of Gaza unless there are two things in place. First, the relaxation of border controls; this is a Hamas demand that Israel should acquiesce in. Second, very tight supervision of what goes into Gaza during reconstruction. Remilitarisation would send us back to square one, with rockets and tunnels and everything that goes with those threats.

AS: Demilitarisation would mean the complete control of Gaza, presumably by Israel, to ensure that Hamas has no military capability whatever. Since that would require the reoccupation of Gaza for some considerable amount of time, I don’t consider it a realistic objective. I doubt very much whether Israel has any interest in doing that. And demilitarisation without an Israeli occupation is unrealistic, because there is no other force, international or otherwise, that will impose it on Hamas.

However, non-remilitarisation is possible, once the guns fall silent. Israel and Egypt, together with the international community, can open border crossings while preventing the reintroduction of rockets. Cement and other building materials can go in for specific objectives, which can be monitored. In this way, we can prevent the re-arming of Hamas.

If there is effective control of the borders by Israel and Egypt – and there is no reason why there should not be – it will be very difficult for Hamas to rearm. After previous campaigns, the Egyptian government was either less strict about the borders or, when the government was led by the Muslim Brotherhood, had no real desire to contain Hamas. The present government in Egypt is, as we know, very hostile to the Muslim Brotherhood and Hamas, and therefore there can be an effective prevention of remilitarisation.

AS: I think Egypt is the key. Israel should support the Egyptian initiative, as it has. Certainly Israel has no interest in initiatives more sympathetic to Hamas, such as those coming from Qatar and Turkey, and I think that is now understood by the United States. The PA is the leader of the Palestinian negotiating team in Cairo. Israel accepts that and I think that when the Israelis eventually join in the negotiations, as I assume they will, the negotiations will be with Egypt and the PA, and not with Hamas. The gains that are achieved in these negotiations for the people in Gaza – the relaxation of border controls, expanding the area for fishing off the Gaza coast, and so on – should be ascribed to the PA. Obviously Hamas, having fought the battle, will get much of the credit, but Hamas is also going to have a lot of explaining to do to the people of Gaza about whether those very same objectives could not have been attained without the death of so many people. I think what awaits Hamas when all of this is over is a rather difficult encounter with the grievances of the people of Gaza. But the PA must be the body with which the Egyptians, Israel and the US negotiate, if we are to beef up its authority and that of Mahmoud Abbas.

When it comes to the opening of the Rafah crossing and the supervision of the borders, the PA’s military forces should be incorporated into that supervision. And the PA could pay the salaries of the civil servants in Gaza. There are a number of ways in which the PA can be beefed up at the expense of Hamas after this is over.

I don’t think we can completely dismantle Hamas, leaving it with no control whatsoever in Gaza. But there could be a much more cooperative effort between the PA and Hamas, very much along the lines of the National Unity government. Perhaps it would be in Israel’s interest to come to terms with that Unity government, more than it has before, as a way of reasserting Mahmoud Abbas’s authority in Gaza.

AJ: You’ve written recently about Israel’s need to balance what you call ‘basic security’ and ‘current security.’ What do those terms mean, and how should Israel balance the two?

AS: First, the Israelis have to make a clear distinction between these two types of security. We have not done so effectively in recent years. Basic security refers to the very existence of the state, whereas current security refers to the maintenance of the safety and security of the Israeli people on a day to day basis. Hamas is certainly a threat to Israel’s daily life and routine – no country can conduct its business normally with rockets flying in every day – but it is not a threat to Israel’s very existence.

In my view, it is the continued occupation of the West Bank that is a threat to Israel’s very existence. Therefore, if we can prevent remilitarisation in exchange for the reconstruction of Gaza, and if we can strengthen the PA and weaken Hamas, then I think we should push forward and make use of Mahmoud Abbas’s newly won authority in order to resume the negotiations with the PA. If the present lack of progress with the Palestinians in the West Bank continues, I think it will be very difficult for Israel to preserve a long term, secure relationship with the Gaza strip. The two issues are linked – rebuilding Gaza and establishing a secure relationship between Israel and Gaza should be accompanied by a much more stable arrangement between Israel and the West Bank.

I think that a new arrangement in the West Bank should be based on the Gaza model: withdrawal and the maintenance of Israeli security from outside. Look, we are now in the throes of withdrawing from Gaza unilaterally for the third time, and there is obviously a reason for that. We decided we did not want to rule over 1.8 million Palestinians in Gaza and that logic should apply to our rule over 2.5 million Palestinians in the West Bank.

Once we achieve the ‘non-remilitarisation for reconstruction’ formula, we should also be thinking constructively and creatively about where we go from there. I think that means making use of the increased authority of the PA and Mahmoud Abbas to make progress on the West Bank issue. We could secure that progress by negotiations and an agreement with the PA, or, alternatively, by redeploying in the West Bank in a way that leaves much less of the occupation in place. That redeployment could be done unilaterally by Israel, but as I have said before, it should be coordinated unilateralism; that is, coordinated with the PA and the United States. I think that’s the way to break out of the present impasse with the Palestinians over the West Bank.