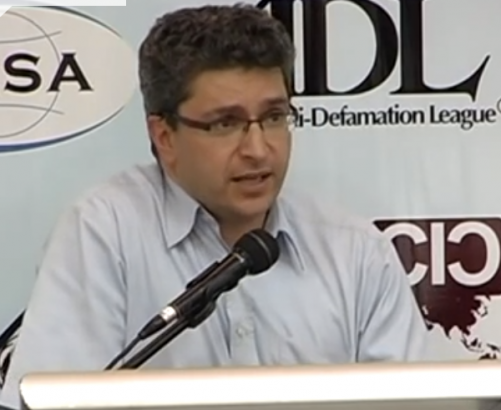 Alan Johnson: There have been three military operations in Gaza since 2008. Not just the Israelis and Gazans, but the international community are now increasingly vocal in saying that we must avoid a fourth. Udi Dekel and Shlomo Brom of the Institute for National Security Studies (INSS) have proposed a new policy – ‘Reconstruction for Demilitarisation’. What is your assessment of that approach?

Jonathan Rynhold: I think that the paper makes one very good point and one very unrealistic point. The good point is that in terms of framing the issue of Gaza diplomatically, theirs is the right approach. Framing the whole idea of moving forward in terms of demilitarisation for reconstruction shows nicely that Israel’s war is against Hamas, not against the Palestinian people, and that if Hamas was to give up terrorism – even without changing its ideology – reconstruction could take place. This puts the onus on Hamas to explain why they are unprepared to give up their rockets in exchange for reconstruction.

It is widely accepted in the international community that the basis of any peace agreement between Israel and Palestine will be a demilitarised West Bank and Gaza. Hamas is trying to claim that they have a legitimate right to shoot rockets at Israel; it is very important to ‘shoot down’ this argument.

Unfortunately, the paper says implementation might be limited. That is a gross understatement.

AJ: Well, my next question is how can we realistically achieve a demilitarised Gaza? What are the obstacles?

JR: The only way to demilitarise Gaza fully is for the the IDF were to take over Gaza. That would take six months to one year, and it would involve a lot of dying. There is no international support for that and Israelis are divided – so it’s not realistic. Even then, it’s not clear that the outcome of this would be that Abbas would take over the Strip. I don’t think that full demilitarisation is realistic right now.

However, preventing remilitarisation is. There are two things which are critical and can be done relatively easily and quickly. The first is that Egypt has to play a major role. Egypt will, and already has, blocked smuggling of arms through the tunnels and into Sinai so the idea of giving Egypt more international support to block arms smuggling through the Red Sea is an excellent idea. I’m sure it already happens, but certainly reinforcing that is a very good idea. Putting the Palestinian Authority (PA) on the border in Gaza, at the checkpoint with Egypt is also a good idea; they can do this because they will have the Egyptians supporting them. The PA will be able to oversee the opening, or partial opening, of that border – which means they will get the credit for it, not Hamas. Egypt, because it is on the other side, can do the ‘heavy lifting’ in terms of what goes in and what doesn’t go in.

I also liked Dekel and Brom’s idea of a new UN resolution calling for sanctions against those who violate the terms of reconstruction for demilitarisation and who supply arms to Hamas in Gaza. I think all these things are doable, but we shouldn’t have an illusion that this will cause demilitarisation. It is going to prevent extensive remilitarisation, making it more difficult for Hamas to fight a new war. That will lengthen the period of time, hopefully, in which there will be no major military operation, but it can’t totally remove the problem.

AJ: Which regional actors do you think will be the most important obstacles to achieving reconstruction for demilitarisation and do you think they will be successful in undermining that policy?

JR: I don’t see Qatar and Turkey supplying arms directly to Hamas, but I don’t see them backing demilitarisation. I think that if they really wanted to back demilitarisation and help the PA, they would be doing that already. They support Hamas – not the PA – but I don’t think they’re prepared to go all out and confront the US and the international community.

That leaves Iran. If NATO, US, Egypt and the Arab League come together, then they can do a pretty good job of stopping weapons getting in directly, certainly the serious, longer range rockets that can do more damage.

AJ: Israelis are sceptical about the diplomatic track, not least because Hamas are serial breakers of agreements. Do you see that as a problem for the ‘demilitarisation for reconstruction’ policy? Is this a one-off reaction to Hamas breaking ceasefires or is there now a deeper Israeli scepticism towards the international community?

JR: I think that is an open question. The Israeli government recognises that a diplomatic vacuum will be filled by things that are not good for Israel. Therefore, the idea of demilitarisation in exchange for reconstruction is something that the Israeli government will support. Their hesitancy comes both from recent events and a more general fear – which came out of the Kerry-Qatar ceasefire initiative – that an internationally brokered ceasefire may actually benefit Hamas too much. There is an understanding in Israel that the border is going to be open to a certain degree and that salaries are going to be paid; that has been understood from the beginning. It is about who gets the credit. So I think it’s critical that from Israel’s point of view any ceasefire doesn’t give too much. The fact that Israel is staying out of the diplomatic process is not that relevant, the main things Hamas want are from Egypt and from Qatar, and for  the US to let Qatar pay their wages. The things Hamas wants from Israel, like prisoner releases, are a non-starter in Israel after everything that has happened. The idea of fishing rights is a smaller issue that can probably be dealt with; it is not a major issue.

The bigger Israeli concerns with this paradigm are, at least as it is presented in this paper, is that it is very unrealistic; this could present problems in itself. If we take a few elements: the paper talks about the Arab League guaranteeing that aid into Gaza will not be used to build Hamas rocket manufacturing capabilities. ‘How?’ would be my question. We’re talking about Hamas as an armed group that controls Gaza and we don’t see mass opposition to them. You might be able to monitor the use and say ‘X amounts of concrete came in, but we don’t see a building being built’ and that could be important. Monitoring might be doable, but I don’t think it is possible to totally stop them using what comes in.  The paper also talks about gradually extending the PA security presence in the Gaza Strip. Again, how will the PA do that unless they are willing to confront Hamas? Hamas is not going to give up its weapons voluntarily.

The paper suggest that salaries should be paid, but not to the 25,000 people who are in the armed wing of Hamas – the Al-Qassam Brigades. Well, what exactly are those 25,000 people going to do when they are not paid? Who’s going to deal with their anger and the weapons which they have and will use to make sure they do get their money?

The idea that outside powers such as the Arab League, the PA or anyone except the IDF, frankly, can really demilitarise Hamas is an illusion. The danger is that the international community may believe that if they send the right people: the UN, the Arab League or the PA, then everything will be okay. But all that will happen is that there will be a veneer of normality and respectability and underneath that, Hamas will still be an armed group and it will be able to build up its forces again.

If there is one PA which is the only legitimate body that can use force, and Hamas disarms, then that’s one thing; then we’re dealing with regular politics. If, however, it’s not really a unity government, and we just have one armed group which runs Gaza and another which is not armed and talks to the international community, then that is a recipe for disaster.

On the one hand, it is important to recognise at the outset the grave limitations of this model for actually producing progress, because it can’t disarm Hamas. On the other hand, it is the best diplomatic tool available for putting political pressure on Hamas, by putting them in the uncomfortable position of having to explain why they are not going to allow reconstruction.