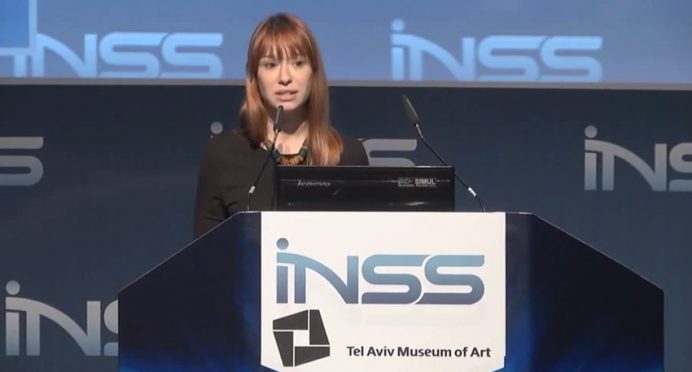 Alan Johnson: There have been three military operations in Gaza since 2008. To avoid a fourth, Udi Dekel and Shlomo Brom of the Institute for National Security Studies (INSS) have proposed a new policy: ‘reconstruction for demilitarisation’. What is your assessment of the approach taken in the Dekel and Brom paper?

Benedetta Berti: I would start by praising the approach. The two analysts argue that what has been done so far has not worked. I would want to build on that: Israel’s approach with respect to Hamas has been focused solely on security and on trying to achieve deterrence; it hasn’t been seen as part of a larger political process, so it has not led to stability.

What the two authors are saying between the lines is that the post-2007 policy – focused on trying to isolate and squeeze Gaza as much as possible, to try and weaken Hamas – has not worked. That’s the part of the assessment I agree with.

But when it comes to practical implementation, as well as the value of the proposal in the context of ongoing ceasefire negotiations, I have a few reservations about demilitarisation.

My first question would be, ‘How exactly is this going to work, and who exactly is going to be in charge of disarming Hamas against their will?’ I don’t see anybody having the military or political clout, or, for that matter the interest. I don’t see the international community wanting to get involved in this operation. I don’t think the Palestinian Authority (PA) have the capabilities, let alone the popular legitimacy to engage Hamas and to disarm it. I’m also worried that pushing the PA in that direction could be counter-productive: it may not just lead to internal strife, but further weaken an entity that is already in crisis. So, I am quite puzzled as to how it is going to work out practically.

The second set of concerns I would have concern the wisdom of going to the negotiating table in Cairo and demanding that all parties, including Hamas, commit to a principle of disarmament. I don’t think that’s realistic at the moment. I’m also concerned that to do so may delay an end to the hostilities – which should be the priority. Plus, it may create internal pressure within Hamas that may actually lead to escalation.

AJ: Could the goal of demilitarisation be held out as political horizon while smaller steps are taken in the meantime that at least take us towards that horizon rather than away from it?

BB: Yes. The first priority should be to ensure a ceasefire. After an end to hostility on both sides there are quite a few positive developments in terms of thinking about future demilitarisation. For example, in the past year, Hamas has been badly weakened because of its strained relationship with Egypt. That strained relationship is one of the reasons it would be harder for Hamas to rearm following the end of this round of hostilities. That’s something that should be built on. It would be wiser to focus on prevention of rearmament as opposed to full demilitarisation. Here, Egypt could definitely be involved.

The PA too, though not by tasking them with going into Gaza and attempting to disarm Hamas – I don’t think that’s realistic or advisable – but by focusing on getting the PA security forces back on the crossings, starting with Rafah. That has been discussed in the past few days, as well as the idea of reactivating the EU Border Assistance Mission. That would be a realistic first step.

There should then be a very strong commitment to reconstruction and delivery of badly needed aid. This should be done through the unity government, which would be a way tode facto put Hamas to the side. However, I am very wary of linking the two conditions because that will risk delaying what ultimately is the way forward – which is to try to empower Gaza economically.

AJ: Some commentators worry that empowering Gaza economically while Hamas remain in charge is to entrench the power of Hamas still further. What do you say to their concern?

BB: I think that concern is a little bit misplaced. The idea of restricting Gaza economically has already been tried and it has led to is to a strengthening of Hamas control, a weakening of the middle-classes, a weakening of the private sector and has made the civilian population in Gaza even more dependent on Hamas and international assistance.

More: for anybody with concerns about a future Palestinian state or who wants a two-state solution, I would just mention that the more Gaza and the West Bank become different in terms of social and economic parameters, the harder it will be to put them together and make them work as a viable state.

AJ: In your Foreign Affairs piece, you worried that this policy proposal could result in an escalation of the conflict . Why?

BB: My piece was not a response to this [Dekel and Brom] proposal, it was more of a response to other proposals of demilitarisation that envisage an extended Israeli operation and intervention. I don’t think the authors of this piece are implying that at all.

If Israel takes demilitarisation upon itself as a goal – a military goal – then by definition Israel is extending its mission. That could be a path to prolonged hostilities and to extending the scope and mandate of the military operations in Gaza. My Foreign Affairspiece was a more direct response to those within the Israeli political establishment who were against stopping the military operations until Gaza was demilitarised and Hamas was disarmed. Some of them think Israel should not stop until Hamas unconditionally surrenders. I don’t think that Dekel and Brom are suggesting Israel should go in and demilitarise or disarm Hamas directly.