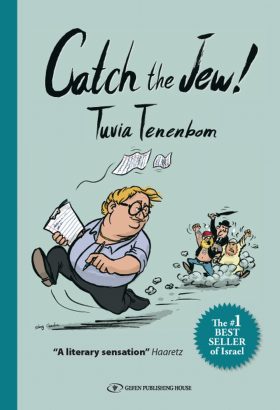 Tuvia Tenenbom is a product of the Ultra-Orthodox community in B’nai Brak, near Tel Aviv. He grew up in a world of Rabbis and Yiddish, with an ambivalent relationship to Zionism. As an adult, he left Israel and Orthodoxy behind, immigrating to the United States where he now works as the Artistic Director of the New York Jewish Theatre. Along the way, he acquired academic degrees in the arts and sciences as well as deep familiarity with Arabic, Islam and German. He is also a writer for German, American and Israeli newspapers and an author; his book I slept in Hitler’s Bedroom explored the attitudes of contemporary Germans towards Jews and Israel.

In this new book, Tuvia returned to Israel for his first extended stay in decades. Travelling among Israelis and Palestinians, asking their views on the conflict, his command of languages and his knowledge of Islam and Judaism allowed him to move effortlessly among very different people, convincing each that he was on their side of the argument. He broke bread and elicited great stories from all. He asked the simplest-toughest questions, the ones that threw his targets off their guard. The results are both deeply challenging to the Left’s vision of the region’s future and terribly funny, shedding light on a little known and worrying aspect of the West’s obsession with Jews and Israel.
Three groups receive the sharpest treatment in the book: left/liberal Israelis, ‘moderate’ Palestinians and European NGOs. For example, B’Tselem – an Israeli Human Rights organisation – is eviscerated by Tenebom. We read that during a tour of the Arab West Bank he is prevented from photographing gorgeous villas as they would spoil the B’Tselem narrative. A B’Tselem story about IDF soldiers punching a French diplomat collapses when B’Tselem is unable or unwilling to show the unedited video (having admitted that the diplomat also threw a punch). But it is Holocaust denial by a B’Tselem employee that shocks us the most. ‘Do these people believe that the Jews were not killed in WW2? Atef, the man of B’Tselem, supplies the clearest answer: “This is a lie. I don’t believe it.” In short: the Holocaust is an invention of the Jews.’ When the book was published in Hebrew last year, B’Tselem initially denied the Holocaust denial and stood by their employee. Only after video evidence was produced did B’Tselem admit it was true.

The Palestinian politician Hanan Ashrawi is undone by Tenenbom when she tries to blames the recent Christian exodus from Palestine upon Israel, even though it occurred under Palestinian rule. She crumbles under questioning. ‘“I don’t want to disc- Why?” She stops in mid-word. My professor is getting lost. “Is this the subject?” she mumbles, obviously irritated that I bought up this issue. This doesn’t look good and she knows it. She cannot even admit that a Jewish Temple once stood in Jerusalem. “I have no idea. I’m not an archaeologist.”’
It is the European Union and its many NGOs, however, that come across as the most problematic links in the anti-Israel chain. Time after time, convinced of Tenebom’s sympathy, Europeans NGOers, or their Palestinian employees, display anti-Israeli hatred and often not-so subtle antisemitism. We read about a young activist named Alice, who leads a fully European Commission funded trip for Italians called Casa per la Pace Milano to learn about Israel and the Territories. Alice makes sure the participants hear from an Israeli ‘ex-Jew’ called Itamar who shares with them a severely critical perspective on Israeli history. Alice then tells Tenenbom that the following day they will hear a Palestinian perspective so that … ‘they will see both sides’! Tenenbom is aghast at the bias, ignorance and loathing.

So, does Tenenbom respect anyone? Certain Ultra-Orthodox Jews, Bedouin and Palestinians such as Jibril Rajoub of the Palestinian Football Federation – in short people with a passion for their cause, but who appear to worry less about the suffering of the ‘Other’. Mostly he just enjoys the scenery and the food provides him with a source of comfort.

The book has flaws. It is surely possible to deflate and lampoon the right-wing NGOs in Israel as well as their left-wing counterparts, but Tenenbom does not. He interviews some right-wing politicians but they hold little interest for him. Their narratives are not satirised. Might the reader not be allowed to laugh a little at their world view? The book also jumps about from topic to topic, even within a chapter, reminding me of those pages of Talmud where the central idea is examined from every conceivable angle. But Tenenbom’s central and sobering point remains: hatred of Israel is common not only among many Palestinian activists, but among the very liberal Europeans who claim to be there to help promote peace.

By Gerald M. Steinberg
Will the new partnership between the Board of Deputies of British Jews and Oxfam challenge... Read more > Summer 2015 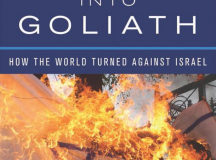 By Michael Allen
700 British artists have announced that they are boycotting Israel until the ‘colonial oppression of... Read more > Summer 2015