Fathom > April 2018 > Israel70 | Young Voices: time for the decision of the century in the West Bank

Israel70 | Young Voices: time for the decision of the century in the West Bank

by Rob Pinfold
BACK 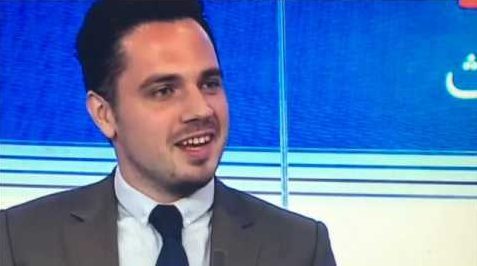 Rob Pinfold is a Neubauer Research Associate at the Institute for National Security Studies (INSS) at Tel Aviv University and a PhD Candidate in War Studies at King’s College London. His research primarily addresses Israeli security policy and the broader theoretical question of why states occupy and withdraw from territory.

Predicting the imminent demise of the nation is somewhat of a national sport in Israel. On both the Left and Right, politicians frame a broad spectrum of issues – from the cost of living to the Iranian nuclear programme – as existential threats, while the ‘securitisation’ of contentious issues is widespread. Does this national hysteria represent a modern projection of thousands of years of historical persecution? Or are these existential fears well-founded, resulting from Israel’s precarious situation in a troubled region? The answer, of course, is a bit of both.

At first glance, the ever-present doom-mongering that permeates political discourse in Israel bears no relation to reality. Israel boasts over eight million citizens, uninterrupted democratic governance and a thriving, free-market economy. Against the regional backdrop of the Arab Spring and the incessant bloodletting of the Syrian civil war, Israeli domestic disputes appear trivial. Beginning life a little over a hundred years ago as an insignificant neighbourhood on uninhabited sand dunes, Tel Aviv is now an international city, spearheading Israel’s ‘hi-tech’ revolution, whilst Jerusalem, the city that has permeated Jewish prayers for thousands of years, is a thriving, multi-ethnic metropolis.

Yet Israeli defence policy remains characterised by conservatism, caution and maintenance of the status quo. Since the June 1967 ‘Six-Day War’, no government has managed to extricate itself from the problem and geographical space ambiguously referred to within Israel as ‘the territories’. Faced with questions as to Israel’s long-term goals in the West Bank, governments have often shunted the most divisive policy issue in modern Jewish history onto the next generation.

How can this governmental inertia be explained? On the one hand, Israel has genuine and legitimate security interests in the West Bank. But digging a little deeper – beyond arguments about defensible borders, rockets and settlements – reveals a much more dangerous domestic divide, bubbling below the securitised discourse.

Israel’s policy in the West Bank has long remained stagnant, because questions about the state’s goals and presence there are the by-products of a bitter struggle within civil society. Ultimately, this incessant struggle concerns questions of identity, values and organising principles within Israel itself. For seventy years, Israel has muddled through without coherently answering these questions; the continued occupation of the West Bank is but a symptom of this reality. The dilemma of the West Bank is therefore as much a domestic issue as it is a foreign policy dispute, concerning fundamental questions about the definition of Zionism. Though a broad spectrum of views exist regarding an end-game scenario for the West Bank, these can be dichotomised into two competing perspectives.

The first perspective advocates a fundamental reorganisation of Israeli society. Supporters advocate that a Jewish state should inherently prioritise maximum sovereignty throughout the Land of Israel, regardless of the presence and views of its non-Jewish inhabitants. In the West Bank, this would necessitate either indefinite denial of human rights to millions of Palestinians and therefore the end of Israel’s democratic constitution, or the end of Israel as a Jewish state. Supporters of this scenario (the one-state solution) often advocate an enhanced role for religion within Israel, a more aggressive security policy and less reliance on the West.

The second perspective concerns the belief that Jewish statehood requires the preservation of a Jewish majority and a democratic state, at the expense of territorial maximalism (the two-state solution). If Israel were to leave the majority of the West Bank, a Jewish majority within Israel itself would be cemented. This policy would help ensure the continuation of the domestic liberal order and a clear pro-Western foreign orientation. This perspective has long been the preference of a majority of Israelis and the international community, yet has been under severe strain, particularly following the 2005 ‘disengagement’ and the deeply flawed Oslo Process.

It is this divide – not socio-economic status, race or religious affiliation – that constitutes the most salient and dangerous threat to contemporary Israel. Each perspective projects a totally different normative vision of Zionism and an incorrigible, existential threat to the other. In between these extremes sits most of the Jewish Israeli electorate, whom often express a preference for the status quo: de facto if not de jure maximalism through occupation and a Jewish majority within Israel itself. The policy of indecision has been bolstered by the unexpected tenacity of the occupation, defying hyperbolic supporters of the two-state solution, who emphasised its unsustainability. Thrown into this mix is an increasingly agitated and polarised young electorate: centrist Israel is slowly disappearing, as young Israelis gravitate towards polar political opposites. Tired of business as usual, young voters are increasingly united in their belief that something needs to change, yet are divided on questions of an end-game scenario like never before.

History suggests that a status quo rarely remains static for long. Pro-annexation bills are increasingly prevalent in the Knesset, whilst the Palestinians and the international community will not tolerate indefinite occupation. Whatever Israel does next in the West Bank, there will be no going back. US President Donald Trump has repeatedly talked about imposing the so-called ‘deal of the century’ on Israel and the Palestinians. But too much is at stake for any external actor to impose a solution. Thus, Israeli decision-makers cannot continue to defer the twin dilemma of final-status questions in the West Bank and delineations of domestic order within Israel. This ‘decision of the century’ cannot be ignored for another seventy years.