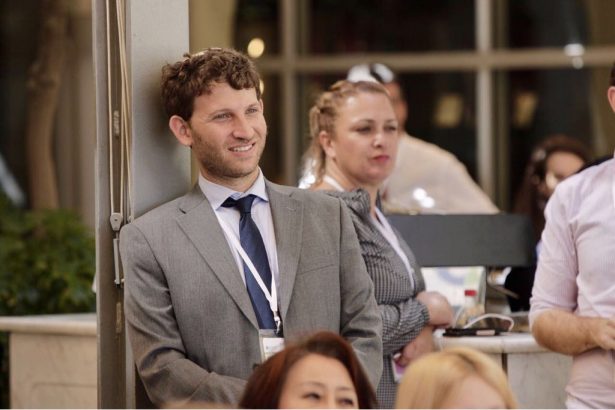 Our daughter is learning to walk. In ten years my wife and I will be planning her Bat-Mitzva. What kind of country she will live in? Israel’s 70th Independence Day provides an opportunity for young Israelis to imagine and to decide how we want to shape our children’s future home.

During its first seven decades, Israel progressed tremendously in almost every imaginable aspect. Our population has grown from less than a million to nine million. Once beset by shortages and rationing, our economy is now a modern, high-tech powerhouse exporting its know-how to all corners of the earth. Israeli medical and agricultural innovation is world-leading and bettering the lives of many millions of people around the world. And yet we still face such huge challenges.

The biggest challenge facing Israeli society is the lack of trust between its social sectors and political camps. This isn’t to say everyone needs to agree all the time. We all know the cliché ‘three Jews have four opinions’ and we can take pride in the Jewish state’s healthy culture of debate and critical thinking. However, the suspicion – stoked by a few, shared by many – that others are ‘stealing’ their country and ‘destroying’ their home, needs to be dealt with: I want my daughter to grow up in a society that is respectful of others and their opinions.

This feeling of disappointment is not restricted to one sector of the population or one political camp. The ultra-Orthodox genuinely think there is a secular agenda to change their religious beliefs. The secular and traditional communities feel the Orthodox wish to run the country according to stringent interpretations of Jewish law. The dichotomy between the Left and Right political camps has turned the word ‘leftist’ into an insult and those holding views right-of-centre into ‘fascists’.

Israel needs to take a collective breath and calm down. We must regain faith in our politicians and in their commitment to Israel as a Jewish and democratic state. Regardless of who we vote for, we need to respect the other side. Yitzhak Rabin and Yitzhak Shamir were fierce and bitter political rivals with very different worldviews. At the same time, both were Zionists, dedicated to Israel and the Jewish people.

Right, Left and Centre you can find politicians acting for what they feel are Israel’s best interests. But too often we witness mudslinging between Members of Knesset, and frequently they criticise the secret, hidden motives of their opponents – instead of the policy proposed. This must change. The Israeli public needs to appreciate leaders who advance a principled agenda and reject name-calling.

For the next decade Israel will continue to deal with the same questions it has dealt with for the past 70 years. We will continue our search for the best formula to balance Israel’s democratic values with its Jewish character. Citizens will continue to demand the government take action to reduce the cost of living, while complaining the government is over-involved in our life. Steps will be considered, and some might be taken, to reduce tensions and pave the road for a better future with the Palestinians and our Arab neighbours. Tension between Israel’s domestic affairs and our relations with Jews around the world will continue as we try to define the relationship between the Jewish State and Jews who are not citizens but have a stake in Israel. Our challenges will not disappear and our problems won’t be repaired that quickly, so we must decide how to manage ourselves when dealing with them.

At age 70, the book of proverbs teaches us, a person reaches the age of wisdom; at age 80 he reaches the age of courage. What is true for people is also true for countries – they grow and mature over time. Israel’s 70th anniversary is yet another milestone in our altneu history. Ahead of Israel’s 70th birthday I wish us all to be granted the wisdom needed to make our country flourish. I wish us to be blessed with the wisdom to elect constructive leaders and hope they are blessed with wisdom when making hard decisions with people’s lives in the balance.

But wishing is not enough. We must also act. So I call upon everyone, from all walks of life, to work together and create an atmosphere of critical and civil debate. Changing the discourse is a daunting task. However, such change is also capable of uniting in our mission to strengthen Israel, and is done one person at a time.