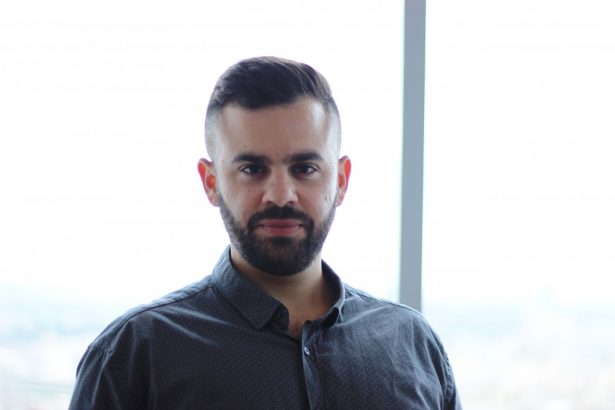 Asaf Yusufov is a former counsellor and manager at Tel Aviv’s Barnoar (an LGBTQ Youth Club) and is currently media coordinator and video editor for Darkenu, a non-parliamentary political movement of ‘the moderate majority’.

I grew up in a patriotic Israeli family. My mother is a teacher and my father was seriously injured while serving in the Israeli Paratroopers. He is immensely proud of the country he loves, even though that love came at a cost.

I served as a commander in a special combat unit. My service took me to the northern parts of the country, to the desert in the south and to the West Bank. After that chapter of my life ended I went to college so study politics, my passion, and that meant that I was confronted with new and critical perspectives on Zionism, politics, and gender — basically of just about every aspect of my life. I found my old self was on a collision course with the reality of Israel; a reality I had not properly confronted, at least not with adequate knowledge and conceptual framework.

There are more than a few reasons to lose hope in Israel. Our politics have become more divisive and our politicians more corrupt. The hate that exists between segments of our population — especially between Jews and Arabs — is so tragic because it is so unnecessary. Most alarming of all is the effort underway by a small group of politicians who wish to undermine Israel’s liberal democracy and replace it with a conservative oligarchy that maintains its control over the Palestinians. And yet, as this storm rages in my mind, and as my heart shrinks in fear of where we are heading, I know that I must pick myself back up, and focus on breathing new life into my visions and my dreams for my homeland.

In my personal journey towards finding that resilience I have been helped by Theodor Herzl’s utopian novel written in 1904, The Old-New Land (Altneuland). The novel tells of a young Jewish Viennese intellectual named Friedrich Löwenberg who, at the turn of the 20th century, helps a poor Jewish boy and his struggling family. Twenty years later, Löwenberg meets the same boy again in Palestine, but he is no longer poor; he has come to greatness as a businessman and a family man in the ‘New Society’ that the Zionist movement has built in that land. Herzl describes a progressive society in Palestine where there is mutual respect and equality between the Arabs and Jews who live together. He offers a solution to the Jewish people’s lack of political power, namely independence, security, and national identity. This is a democratic society with social solidarity and strong mechanisms of social support and public service, in addition to free markets and a healthy private sector.

But Herzl’s is not a purely utopian vision, but a conflict foretold. The country could go in one or two directions. Extremism and nationalism is whipped up by an ethnocentric demagogue, But Herzl has a moderate win the election, and not just any moderate; here is the no-longer-poor and no-longer-young Jewish boy from Vienna as the president of the ‘New Society’. The lesson Herzl seeks to convey is obvious.

Altneuland united Jews from many different communities and helped set in motion a Zionist movement that spanned generations. His notion that a Jew can find fulfilment in the old land is what brought my own family here. It is the hope that gave birth to a great and successful state. I believe that the greatness of Israel is rooted there, in the energy, character, and talent to be found among our people in this new land. It is so great that our science, technology and culture are able to flourish despite our failing political leaders and our political culture.

Altneuland ends on an optimistic note; the question we must ask ourselves today is what must we do today to fulfil Herzl’s vision.

Israel is my home. Israeli is my nationality and culture. I will never give up on Israel, but we must change Israel dramatically, first and foremost in political terms. That’s no simple feat, but I truly believe that with proper organising and hard work we can build partnerships, inspire activism, and so enable Israelis to bring about the change we need. The talent is here. The passion is here. The creativity is here. It is now our turn to take up the Zionist dream and make this altneuland into the country we deserve, the country that benefits all of its citizens, the country that Herzl imagined.

By Yaniv Yitshak
Yaniv Yitshak lives with his wife Hadassah and their two children in the community of... Read more > June 2018