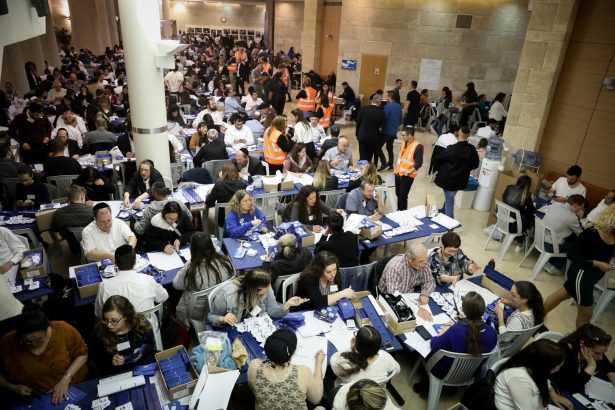 The counting of ballots from soldiers and diplomats at the Israeli parliament in Jerusalem, 10 April 2019. Image from Noam Revkin Fenton, Flash90.

Next Tuesday, 23 March, Israelis will go to the polls for the fourth time in two years. Slowly emerging from the Corona pandemic and beset by economic challenges, national security threats have been less dominant in this election. Large campaign posters of Prime Minister Benjamin Netanyahu with world leaders no longer adorn the country’s highways. The opposition has toned down its claim that the Prime Minister is corrupt and instead pushed the argument that the government has mismanaged the Corona crisis. Ultimately though, it’s hard to escape the feeling that – once again – the elections are a referendum on Netanyahu himself.

Contrary to the last three rounds, Likud will undoubtedly be the largest party, following the Blue and White party’s electoral collapse. Also different is that Netanyahu now faces challengers from within the right-wing, in the form of Naftali Bennett’s Yamina and Gideon Saar’s New Hope.

Yet similar to April 2019, September 2019 and March 2020, these elections too could end in stalemate. Current polling suggests the race as too close to call, with both the pro and anti-Netanyahu bloc struggling to reach the magic number of 61 seats. According to reports, approximately one in six Israelis are yet to decide who to vote for. (For BICOM aggregated polling, podcasts and election coverage click here.)

There will undoubtedly be more twists and turns both before the elections and after. Voter turnout in different areas of the country next Tuesday will be key. Several smaller parties – such as the Religious Zionist party, Blue and White, Meretz and Raam – are polling around the electoral threshold, which – if any fall under it – could alter the entire face of coalition building. Few would unequivocally rule out a fifth election.

The ongoing political crisis raises the question as to whether it’s the system that’s broken or that the chaos is primarily the result of an indicted Prime Minister refusing to resign. The first essay in this Fathom Election Special, by Israel Democracy Institute President Yochanan Plesner, discusses this question and provides recommendations for strengthening Israel’s political system. Following this are eight pieces by Israelis – Fleur Hassan-Nahoum, Emmanuel Navon, Shraga Alweiss, MK Oded Forer, Terry Newman, Peter Lerner, Ittay Flescher and Guli Dolev-Hashiloni – explaining their vote. Fathom analysis from the 2019 elections can be found here and here.

Needless to say, the views expressed in this election special belong to the authors, and not Fathom.

Calev Ben-Dor, for the editors. 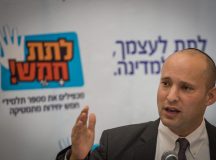 By Shraga Alweiss
The Israeli public approaches these elections battered and bruised. Quite simply, there have been too... Read more > March 2021