by Emmanuel Navon
BACK 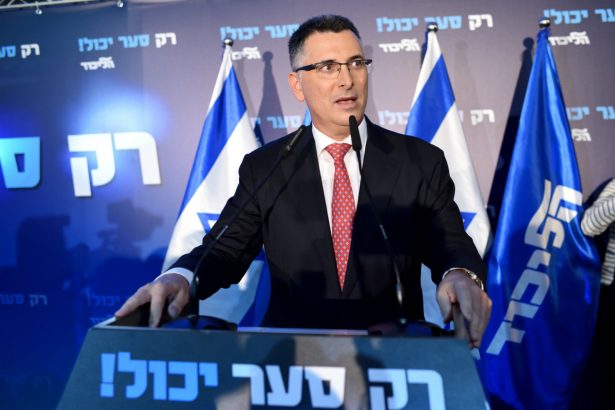 The fact that Israel has experienced four snap elections within two years is not the outcome of a dysfunctional system but rather of a paradox: that the right-wing has a parliamentary majority, but its leader does not. Because Benjamin Netanyahu has betrayed and alienated too many of his political allies, he has lost their support and is no longer able to form a coalition. Since the defection of Avigdor Lieberman’s nationalist and secular Yisrael Beiteinu party, Netanyahu has been left short of a majority after three consecutive elections (April and September 2019, and March 2020).

The anti-Netanyahu coalition meanwhile had a majority on paper but was too incoherent to govern, as it spanned from Lieberman’s party to the Joint Arab list (itself a union of convenience that included Arab nationalists, communists, and Islamists). Benny Gantz’s promises not to join Netanyahu and not to rely on the Arab List were contradictory, since Gantz could not unseat Netanyahu without the Arab parties. Gantz was bound to break one of his two promises, as he did by joining a coalition government with Netanyahu in May 2020. Having disappointed his voters and having been outmanoeuvred by an old political fox, Gantz burnt his political capital.

Netanyahu blocked the passing of the 2020 state budget to force an early election and exploit a loophole in the agreement he had signed with Gantz. Until December 2020, polls predicted that he would easily obtain the majority he had failed to assemble after three previous elections (those disgruntled voters who switched to Naftali Bennett out of discontent with Netanyahu were paradoxically expanding the latter’s potential majority). Netanyahu’s secure path to re-election ceased to be a nearly foregone conclusion only with Gideon Saar’s announcement in December 2020 that he was leaving the Likud and running for prime minister.

Why did Saar make this dramatic decision, and why did I decide to endorse him? In a nutshell, because Netanyahu has become dysfunctional and toxic. Netanyahu is the Jekyll and Hyde of Israeli politics. He displayed leadership and courage as finance minister (between 2003-2005) but voted under pressure in favour Ariel Sharon’s decision to unilaterally withdraw from the Gaza Strip. He talks with conviction about free markets but has done precious little to undo Israel’s monopolies during his combined 15 years as prime minister. He rightly decries judicial activism but has failed to implement a single reform to reign it in.

Despite his imperfections and failings, I once considered Netanyahu the most suited to run the country. Yet he lost my support in 2014, for two reasons: 1) He tried to repeal the institution of the state presidency through a last-minute bill to bar the election of Reuven Rivlin just because Sara Netanyahu holds a grudge against him; and 2) He forced an early election (which took place in 2015) to block a bill that would have cut-down the distribution of his mouthpiece and freebie newspaper Israel Hayom. Following these elections Netanyahu became obsessed with being in control of the media, an obsession that eventually produced criminal charges against him.

Through his social media activists and his traditional media mouthpieces, Netanyahu has been promoting a populist narrative describing him as a God-given and irreplaceable shield against enemies from without (Iran) and within (the elites). Yet fanning the flames of identity politics has enabled Netanyahu to preserve his core support but not to assure him a parliamentary majority. Since his indictment in November 2019 for bribery, fraud, and breach of trust, Netanyahu has stepped up his anti-establishment rhetoric and taken any measure possible to shield himself from trial.

Saar ran against him for the leadership of the Likud in 2019, but Netanyahu has turned the party into a personal operation that rewards submissiveness and punishes dissent. When Netanyahu blocked the passing of the budget and dragged the country to a fourth election, Saar took the bold decision to run against him for prime minister. It is the same Saar who had voted against the Gaza withdrawal in 2005 and who had stood firm against Netanyahu when he tried to repeal the presidency. Saar has proven himself to be a man of courage and of principles at every critical juncture.

Netanyahu has a very good foreign policy record, and he has successfully imported millions of COVID-19 vaccines. But the prime minister has also mismanaged the pandemic by failing to conduct tests at Ben-Gurion airport (thus bringing in variants) and by not fully enforcing lockdowns for fear of crossing his ultra-Orthodox coalition partners. After 15 years as prime minister, it is time for Netanyahu to step down. Gideon Saar is level-headed, has a well-thought worldview and detailed programme, and has an excellent record as education and interior minister. He is the most suited and reliable candidate to replace Netanyahu.