by Terry Newman
BACK 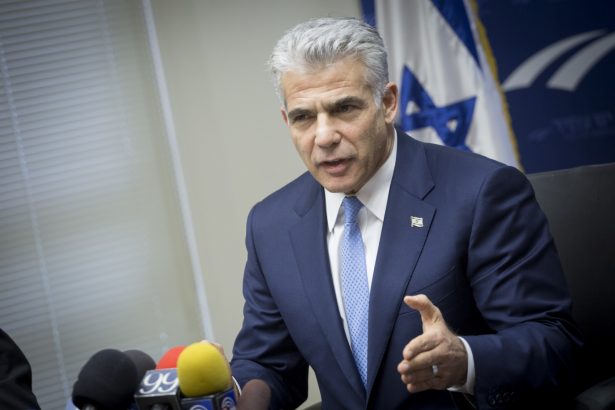 The big ideological battle of the day is Centrism vs the rest. Centrism not as the middle point between two ends of the spectrum, but as the ideological platform that combines the particular with the universal.

The nation state has particular value that should be celebrated. Our nation state is that of the Jewish People. The realisation of the 2000-year dream to return to the homeland in which our forefathers and mothers developed the principles which underlay the moral code of much of the Western world.

But that nation state must be part of universal causes like reversing climate change, promoting mutually beneficial international trade, fighting terror, and developing technologies to improve our lives and the lives of generations to come.

We are not pure universalists who would destroy the nation state, deconstruct our national narratives and hand over control of our destiny to far away technocrats. And, we are not pure nationalists who view everything through the prism of my country vs your country. We are Centrists. Proud and loud.

Yair Lapid, now one of Israel’s longest serving politicians, has proven that he has both the inspiration and experience to survive in Israel’s political pit. His party now boasts a political base and network in Israel that is rivalled only by the Likud. Lapid and Yesh Atid are ready to take the next step.

Yesh Atid champions policies which promote the middle classes, reduce economic inequality, strengthen national resilience, and enshrine religious freedom. For example: economic support for small and medium sized enterprises and the self-employed, and corona furlough payments via employers rather than directly from the government; limiting the rule of a prime minister to two terms and the number of ministers to 18; and enabling people to marry freely with the person they love.

Yet, hovering above all these policies there is one major ideological consideration which is both universal and yet unique to Israel. How to preserve the balance between the different branches of government?

Israel is in the middle of an existential battle over the definition of its democracy. The country proudly boasts citizens from all four corners of the globe, most of whom came from non-democratic countries. That most have accepted the democratic process is an incredible achievement for which Israel is rightly proud. But many are now mistaking majoritarianism for true democracy.

‘Tyranny of the Majority’ is bad enough. But the Israeli mainstream – those who are educated in the mainstream school systems, serve in the army and work in the economy – are experiencing ‘Tyranny of the Minority’. The former national-liberal Likud party of Menachem Begin and Yitzhak Shamir has conceded major policy positions to extreme right-wing, messianic and ultra-Orthodox politicians in return for support in weakening the functions of state.

The current government has not passed a budget in nearly two years. They are actively attacking the police, the legislative branch (Knesset), and the judiciary (Supreme Court). Worse still, parts of Israel, the military powerhouse of the region, are now running as self-identified autonomies in which the police will not enter through fear of bloodshed. This chaos is a result of Lord Acton’s insight: ‘Power tends to corrupt, and absolute power corrupts absolutely.’

As a Centrist party, Yesh Atid believes in the classical separation of powers with all three branches of government living in tension with each other. If one branch triumphs, the country as a whole loses. We are a liberal democracy trying to improve ourselves day after day.

When serving as secretary to the Britain-Israel Parliamentary Group in the British Parliament, I was told the following story which may be apocryphal but sums up our thinking. Soon after Israel declared independence, Her Majesty’s Government offered David Ben-Gurion to join the British Commonwealth. Ben-Gurion was reported to have responded: ‘We have waited 2000 years for our independence, we will not now submit before a monarch.’ In that spirit, the Israeli mainstream will not submit. We will fight to keep Israel as a Jewish and democratic state alive for generations to come.