Israel Election 2021 | ‘Why I am voting for the Labour Party’

by Peter Lerner
BACK 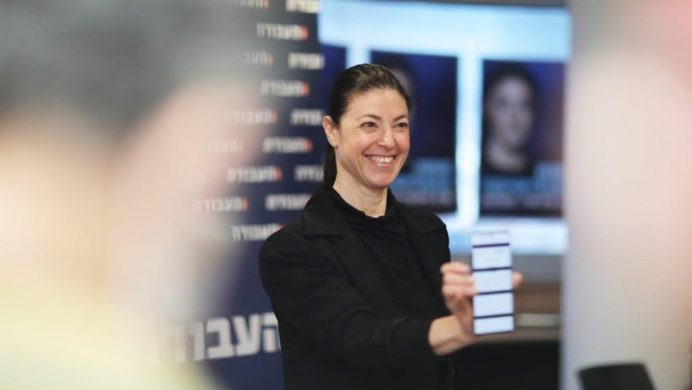 Avoda, Israel’s Labour Party, is the party that established the State of Israel. In November 2020, the ideology of Labour Zionism finally brought me to join as a party member.

Throughout my adult life, as an officer in the Israel Defense Forces (IDF), I was prevented from political activism. My personal political views were expected – by military order – to be exactly that, personal. During my 25 years of service, I cast my ballot every few years, celebrated Israel’s democracy, and then went back to my operational routine.

As a spokesperson of the IDF, it was even more important for me to be apolitical. I had to represent the military activities, sometimes in the hardest of circumstances, and put my politics in the back drawer. Throughout my career, I didn’t really find myself in a state of internal conflict. Israel has the right and obligation to protect itself. The IDF is a responsible, professional, and decent tool of the government to fulfill this mission.

Over the course of my voting history, I always voted in the centre across the spectrum of Likud, Yesh-Atid, Kadima, and Labour. In the last three elections I voted for Blue and White and my former commander Benny Gantz because I believed in his decency and candidness. I also believed that he wouldn’t give Benjamin Netanyahu the reins of government. I knew his strengths and was aware of some of his weaknesses. I was wrong. I was deeply disappointed with his action to join Netanyahu, despite understanding the rationale behind it. I was also tired of these ‘prophet politicians’ that talk the talk, but stumble on the walk. It was thus Gantz’s actions that sent me on a personal soul searching process to find my ideology, one that led to me supporting Labour.

Labour Zionism embodies a distinct vision of Jewish destiny as a free nation, building a just society and safeguarding it.

When I joined Labour in November, people thought I was mad. The polls pointed to the extinction of the party that had built the country and led it for almost half of its existence.

As elections were announced, Labour began its internal process of leadership primaries. It was a battle of the old guard versus new powers, and Merav Michaeli (who stayed out of the Netanyahu-Gantz government on principle) won the leadership.

Since Michaeli’s victory and the internal processes of bringing in new blood, (even I briefly considered running for a Knesset seat), the party is once more a relevant political player.

Israel today is deeply divided. Inequality is everywhere. People serve the economy instead of the economy serving the people. If COVID-19 has shown us anything, it is that people need to be at the heart of decision-making. This is the essence of Labour Zionism.

Avoda has risen from the dead and is placing equality, education, social services, and much more on the table. The party believes that, like when we established it in 1948, the Jewish State of Israel requires territorial compromises. Without those compromises, Jews in the Jewish homeland will ultimately become a minority. To fulfill Labour Zionism, we must harmonise our international and social contracts. The rights of our own, and the rights of others. To remain loyal to and to ensure the future of our independent Jewish homeland, we must end permanent control over Palestinians, who are alien to our pursuit of Jewish destiny.

The roles of defence, national security, and civic security are a triarchy that needs to be recalibrated and better balanced to make Israeli society fairer, stronger, and sustainable. This is Labour Zionism.

So, while I know that Avoda isn’t going to form the next government, I am optimistic that more people see the need for a change – a change in priorities, agenda, and attitude to our fellow countrymen and women. When I joined Labour, the polls projected it wouldn’t cross the electoral threshold. Now it is predicted to win six or seven seats. For me, this would be a great beginning of the renewed Israeli Labour party.

The letters EMET – which appear on the ballot paper for Labour – mean truth in Hebrew. Truth is thus both the letters and the essence of my next vote for Israel’s democracy.