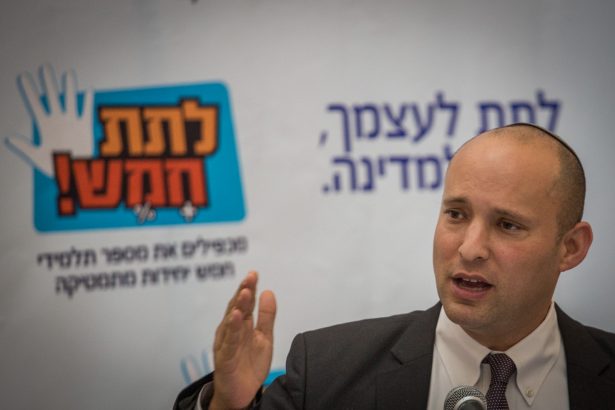 The Israeli public approaches these elections battered and bruised. Quite simply, there have been too many failed attempts at creating a coalition to lead the country that possesses both a stable majority in the Knesset and the confidence of the majority of citizens.

Couple this with the added uncertainty, frustration and malaise caused by COVID, and the deep fissures it has exposed in Israeli society – and the perhaps even deeper flaws it has exposed in the way the country is being led– and it becomes clear that this election is being fought on very different lines from previous campaigns. This time it’s less about ideology, and more about character and competence.

The first order of business is the need for Israel to put its mind towards economic recovery.

Netanyahu‘s government has had no sound, consistent and transparent strategy to address the pandemic. Whilst he deserves praise for securing the vaccines which now offer us a new beginning, his management of every other aspect of the crisis has been a colossal failure.

I believe that this is down to the way that Netanyahu chose to run things, with his judgement clouded by his own personal concerns and his mind always on the legal battles he is fighting to clear his name. His total dependence on the ultra-Orthodox parties – their whims and interests – for his political survival has exacted a heavy toll on us all. The cloud of impropriety hanging over his head has sullied the office of the prime minister, and his leadership has only exacerbated sectoral divides.

The one candidate who from the very start has consistently stressed the centrality and urgency of this dimension of the crisis has been Naftali Bennett, head of Yamina. As a government minister back when COVID was in its infancy he alone worked night and day planning a route through the crisis. Indeed, he wrote an entire book on the subject.

The Singapore Plan that Bennett has put together for the economy is bold and creative. It provides an opportunity to do away with the antiquated policies held over from the first years of the fledgling state. We are a powerhouse of innovation and technology, and should be leading the way in streamlining processes, dropping needless taxes and standards, and getting business back to life.

It is time for a younger, more dynamic leadership to come to the fore. Bennett has the character, skills and experience to be that leader. He is a successful international high-tech businessman – a rarity in party leadership in Israel. He has demonstrated aptitude and ability when minister of education and defence. He has also displayed the clarity of vision and boldness of mind to plan and execute strategy. Ayelet Shaked, the party’s number two, also has a varied and strong pedigree in both politics and commerce. She excelled as Minister of Justice implementing long overdue reforms. I for one, will be delighted to see her occupy that post once again. Ayelet is not religious, which also appeals to me. It reflects Yamina’s bona-fides as a party that is truly representative of citizens from varied sectors of the general public – yet with an ideology underpinned by Jewish values. Indeed, every candidate filling the top ten positions on the list offers a rich and deep array of skills and community affiliations. There is something novel about a political party that sets out to refresh the Knesset scene with a breadth of religious values amongst the candidates and a down to earth and open approach to others – Jew and non-Jew. Yamina proffers a positive right-leaning attitude to politics tempered by clear realism.

Traditionally, we Israelis have chosen our candidates on a left-right affiliation. Foreign policy and attitude to various peace moves and settlements has dominated. That is not where the story is any more. There is a sense that we need new ideas and new energy to address current and future threats and opportunities – on Iran, international trade, repairing relations with many in the US and Europe, climate change and more.