by Tzipi Livni
BACK 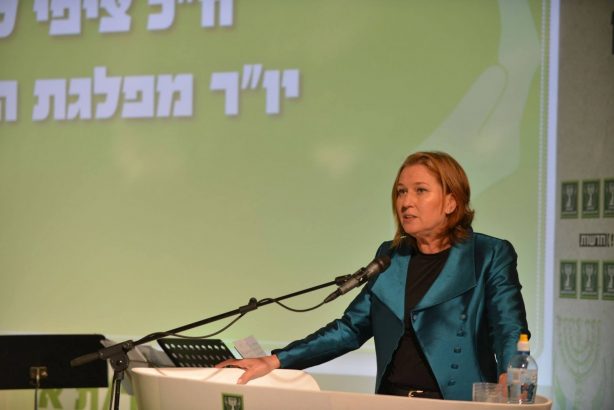 Lorin Bell-Cross: Looking back on the life of Yitzhak Rabin, what stands out for you as his outstanding contributions to the State of Israel?

Tzipi Livni: His time as Chief of Staff of the IDF during Israel’s greatest victory in the Six-Day War and later his decision to divide the land in order to achieve peace with the Palestinians.

Altogether, it’s a message that, when needed, we fight for our security but that peace is just as necessary.

I was not in Parliament when he was assassinated, but I decided to join politics a few weeks before. I entered politics because I found myself in the centre of a divided Israeli society while both sides of the political map in Israel couldn’t listen to each other. I said ‘yes we have historic, biblical and judicial rights over the Land of Israel and yes we need to divide the land in order to maintain the values of the State of Israel – as a Jewish and democratic state – but without postponing the core issues.’

Friends of mine on the Left were waiting for a new Middle East to come; but I said that Oslo – the idea of Oslo – was the right idea. However, I opposed not having a final status agreement, just a memorandum of understanding which postponed the core issues of the conflict.

LBC: What was the significance of Rabin’s assassination for the peace process? It has continued after his death in the form of Camp David, in Annapolis and John Kerry’s sponsored negotiations which you led, but do you think the peace process would have turned out differently had he not been killed?

TL: I truly don’t know and I believe that nobody knows and no-one can give an answer to this.  I have said publically is that this is not important – what is more important is to move forward to achieve peace and to take the right decisions for our future.

The assassination itself caused Israeli society quite a shock. It took 10 years before I could come to Rabin Square and say that although I didn’t vote for him, he was also my prime minister. His assassination was not something that his political camp lost but something that all of us lost.

LBC: Does his legacy live on today? There have been several Israeli attempts to create a Palestinian state and offers to the Palestinian Authority (PA). Even though Rabin himself shied away from using the term ‘Palestinian State,’ the idea of making peace with the Palestinians seems to have been accepted by most centrist parties in Israel.

TL: Not only centrist. The vast majority of Israelis support the idea of two states for two peoples – which is not exactly Oslo, but this is what the Oslo agreements are based on. It changed completely the way we do things; it took some years because the right tried to avoid this decision, and as you know they also said that Oslo was criminal. But now it’s more than centrist, it’s accepted by the centre right as well.

People understand that this is the only solution which guarantees the security of Israel. Only a minority prefer to stick to the Land of Israel even by giving up the values of Israel or the nature of Israel as a Jewish, democratic state, but this minority has quite a large political influence.

It’s not about Oslo itself as an agreement, but about understanding that this is where we need to go: that reaching an agreement with the Palestinians serves the interests of Israel and is the only way to avoid Israel becoming a bi-national state or an Arab state.

LBC: Although he was aware of the risks, Rabin chose to attempt to pursue a path of negotiated coexistence with the Palestinians. Do you think there’s a way back to that path from the situation we find ourselves in today and if so, how would it be done?

TL: The choice is between bad options. I don’t suggest that just by signing an agreement with the Palestinians we would live happily ever after. It’s a tough neighbourhood, not a fairy-tale. But in choosing between bad options I prefer this option. It’s risky, but this is a calculated risk and the other option would lead to a situation in which Israel would not be what my parents dreamt for me, and I for my children – a Jewish, democratic state. A bi-national state would be bloody. It’s not something that would survive. Therefore, achieving an agreement with the Palestinians does not mean getting married to them, it’s more divorcing them. I believe that Rabin understood this and I don’t see any other idea out of the box that can serve the interests of Israel better than this.