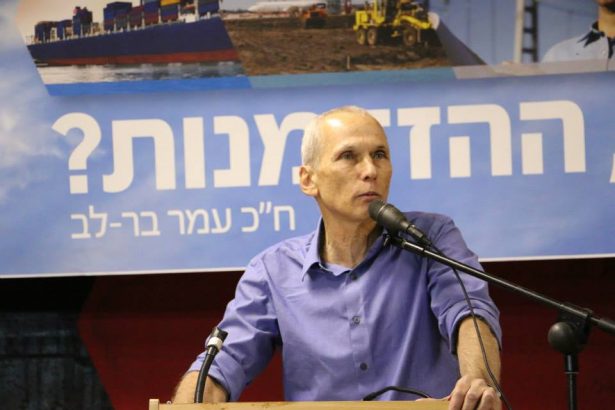 Lorin Bell-Cross: Looking back on the life of Yitzhak Rabin what stands out to you as his outstanding contribution to the State of Israel?

Omer Bar-Lev: I think that his outstanding contributions were in his last years as Prime Minister: he made the very important and difficult decision to reach a compromise with the Palestinians and to sign a peace agreement with Jordan.

Of course the details of the agreement are very important, but in the end these are all tactics, and the big strategic decision that Rabin made – to come to an agreement – was because of his military background and time as Chief of Staff of the IDF. It meant giving up some of our long-held beliefs and putting them aside because the peace and the security of Israel are more important.

He understood that in the end peace is the most important and essential part in the security of the country and the only way to achieve it is to negotiate and even to compromise with your enemies. I believe that he did it – apart from his personal belief that as a human being every one of us wants peace – from Israel’s security point of view and this is what led his and our strategic decisions.

Rabin understood that peace is part of the security of Israel, because there is no complete security as long as you have enemies that are trying to destroy you.

LBC: What was the significance of the assassination of Rabin for the peace process, although it continued after Rabin through Camp David, Annapolis and most recently with Secretary Kerry, do you think it would have turned out differently if he had not been killed and if so, why or why not?

OBL: There’s an old question, ‘Do leaders make history or does history make the leader?’ I think the answer to that is sometimes leaders change history and make a new future.

I’m sure that things would have been different, but how different I’m not sure. Let’s not forget that in order to achieve complete peace and end the conflict, it’s not enough for the Israeli side to be ready: the Palestinian side and the leader on the Palestinian side would have to be ready to make this compromise and I’m not sure that Arafat was ready to do that, or wanted to.

LBC: Although there were risks, Rabin chose to attempt pursue a path of negotiated coexistence with the Palestinians. Is there a way back to that path from the situation we’re in today and if so how would it be done?

People say that perhaps we’ve passed the point of no return and so on; I don’t believe that. The whole spirit of Zionism since Herzl’s vision was challenging the present, challenging the obvious and envisioning things that, at the time, were very difficult to comprehend could even be reached.