by Luciana Berger
BACK 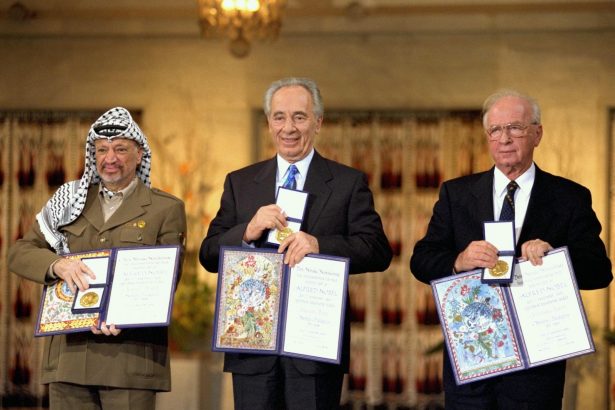 It is hard to believe that it is 20 years since the world heard the devastating news that Yitzhak Rabin had been murdered. That he died at the hands of a terrorist because he dared to work for peace made the news all the more tragic. For so many of my generation, it is a moment that is seared in our memories.

I recall standing in the newly-named Rabin Square a couple of years after the assassination. It was a balmy Tel Aviv night, and together with a group of young people we lifted our yahrzeit (memorial) candles to the skies, our personal memorial to a man whose life was so cruelly taken from us. This was the same square – then called Kings of Israel Square – where a peace rally had ended with the three terrible shots that murdered Rabin.

Rabin’s death came just six weeks after the signing of the Oslo II Accord, and just two years after the iconic photographs of Rabin and Arafat shaking hands, as President Clinton, with his arms outstretched, looked on. For anyone in their teens, flushed with the hope of a lasting peace between Israel and her neighbours, it was the moment our excitement and hopes for Israelis and Palestinians to live side by side in peace, gave way to the realisation that the path to peace would be long and treacherous. Twenty years on, sadly, we are still not there yet.

As President Clinton said in his eulogy: ‘Yitzhak Rabin lived the history of Israel. Throughout every trial and triumph, the struggle for independence, the wars for survival, the pursuit of peace and all, he served on the front lines, this son of David and of Solomon, took up arms to defend Israel’s freedom and laid down his life to secure Israel’s future.’

He was the first prime minister of Israel to be born in the historic land of Israel, in Jerusalem in 1922, then under the British mandate. He grew up in Tel Aviv in the 1920s and 1930s, as a supporter of socialist-Zionism, the belief in the safety and security of the Jewish people in their national home, alongside a commitment to a democratic and fair society at peace with its neighbours. He joined Poale Zion, the workers party, and a socialist-Zionist youth movement which was linked to the trade union movement. These beliefs shaped his world-view.

His political career included an Ambassadorship to the USA and a brief ministerial role in Golda Meir’s government in 1974 before, following her resignation, being catapulted into his first term as prime minister. His time in office saw the signing of the Sinai Interim Agreement in 1975, which eventually led to peace between Israel and Egypt. He also oversaw the spectacular Operation Entebbe in 1976, when Israeli commandoes successfully freed hostages held by terrorists on a plane which had been diverted to Uganda.

It is his second period of office as prime minister, after 1992, for which I will remember him most. He won the Nobel Peace Prize, alongside Yasser Arafat and Shimon Peres, for his work to secure the Oslo Accords. This agreement created the Palestinian Authority and recognised the PLO as Israel’s partner for negotiations. It was a bold, seismic peace deal, which ultimately cost Rabin his life.

Rabin led Israel into the Oslo Accords in the face of formidable opposition, and grave personal and political risk which he fully understood.

Rabin knew the security risks for Israel inherent in the Oslo Accords; but he also saw the opportunity to create a lasting peace, not only with the Palestinians, but with Israel’s other neighbours including Jordan. He understood how valuable peace would be to Israel, in the face of the growing threats of Islamist extremism which he identified even then. He understood that inaction also involved risk and that it would be an abdication of what he believed to be the responsibility of political leadership.

Rabin was a man driven to politics not for personal advancement, but by strong convictions and a desire to do what was right for his country.

Steadfast, committed to his vision, he remains an inspiration to all of us who believe peace is possible. Rabin represents a tradition of socialist-Zionism which is more relevant than ever in modern-day Israel. Even in these dark times, with the violence we see on our TV screens on an almost daily basis, we have to believe that Israel will one day live in peace and security alongside its neighbours, and the Palestinians will gain a viable state. There is no realistic alternative.

In 1996 Israeli songwriter Naomi Shemer translated the metaphorical poem ‘O Captain! My Captain!’ (written by Walt Whitman) into Hebrew and set it to music to mark the anniversary of Rabin’s assassination. The song is heard each November as we commemorate Rabin. The famous lines run:

‘O Captain! My Captain! rise up and hear the bells;
Rise up – for you the flag is flung – for you the bugle trills;
For you bouquets and ribbon’d wreaths – for you the shores a-crowding;
For you they call, the swaying mass, their eager faces turning.’

But in the poem, the captain is dead.

Yitzhak Rabin was murdered by an extremist, unprepared to accept that a new, better world was possible. He left behind a nation in mourning, but fortified by the conviction that men and women could live together in freedom. We can never know what he would have achieved if he had not died. But we do know this: the passing of this inspirational and brave leader from the world is a wrong that can never be righted. Our challenge is to ensure that we, whatever the challenges, remember his legacy, his leadership and his bravery and continue to strive for two states for two people, living side by side in peace.