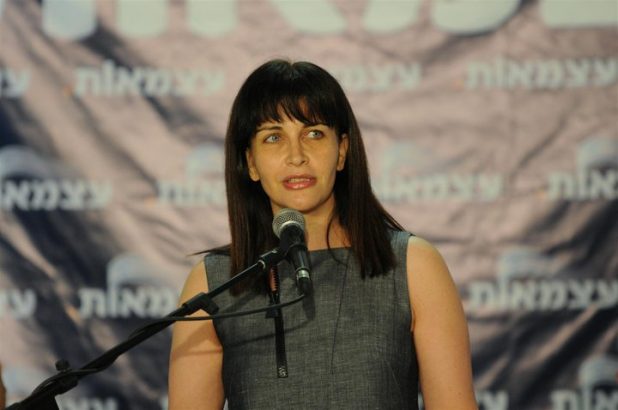 Alan Johnson: Looking back on the life of Yitzhak Rabin, what stands out for you as his outstanding contribution to the State of Israel?

Einat Wilf: From what I remember of going into the election in 1992, his greatest contribution was the notion that Israel should change its priorities, its focus, investment, and budget, away from the territories in the West Bank and Gaza and into Israel itself – everything from education to bridging the gaps between Jews and Arabs in Israel.

Because the period was also associated with the Oslo negotiations, we’ve come to associate changing priorities with making peace. This supposedly means that we only focus on Israel within the Green Line if we’re making peace, and if we can’t make peace then it’s absolutely fine to invest in settlements in the West Bank.

That is deeply unfortunate because initially there was not meant to be a package deal, these were two things that happened in parallel. They are now perceived as a package deal to the detriment of Israel’s priorities. A lot of people think that Israel should change its priorities to invest within the Green Line and away from the settlements, but because they have lost faith in the immediate possibility of peace, they also feel less passionate and less capable of fighting for changing the priorities.

AJ: What do you think was the significance of his assassination for the peace process? The process certainly continued after his death, but do you think it would have turned out differently had he not been killed? Why or why not?

EW: I think by now, 20 years later, the evidence is overwhelming that peace would not have been possible.

There is a problem in general today of fetishising leaders – saying that because of this or that leader we could have had peace or we don’t have peace – and not looking enough at the deep, root causes of the conflict and the positions of the people.

Where Rabin was and where the Palestinian leadership were, was not close to a place where a peace agreement was possible – certainly a permanent peace agreement that would end the conflict for good, and would lead to an Arab acceptance of Jewish sovereignty in their midst.

Their positions were wildly apart. But because Rabin was assassinated, one of the big problems is that we have tended to fetishise the notion that had he lived we would have peace. His positions were far less forthcoming than that of Barak in 2000 and Olmert in 2008.

Both of them found that the word ‘Yes’ on behalf of the Palestinians was nowhere to be found, so it is wrong to somehow assume that Rabin would have been able to get the Palestinians to say ‘Yes’, and to accept the permanence of Jewish sovereignty in a land that they consider to be wholly and completely their own.

AJ: Do you see a way back Rabin’s path of negotiated coexistence, and what does it look like?

EW: When I look at Rabin’s path, I want to go back to the notion of separating, the notion of changing Israel’s priorities, which was really Rabin’s main campaign and the reason he was elected in 1992.

To come back into power, the Israeli left will need to make a strong case for focusing on Israel’s priorities within the Green Line, freezing settlement building while at the same time not being naive about the possibility of peace making. It is to our detriment that since Rabin’s assassination the two have become intertwined, and they’re not.

Leaders of the Israeli left can definitely say something like: ‘I will stop settlement building, I will freeze it completely, I will even continue the military occupation if there is no possibility of reaching peace, but I will focus all our budgets, efforts and energy on Israel within the Green Line, everything from reducing gaps between rich and poor, education, Jew and Arabs.’

All that can be done even if the Palestinians are still incapable of saying ‘Yes’ to the permanence of Jewish sovereignty. That in my view would be a smarter and better return to Rabin’s path – focusing on the changing of priorities rather than on the possibility of peacemaking. Changing priorities is entirely up to us. Peacemaking requires two, and as I said, the overwhelming evidence today is that that doesn’t exist.