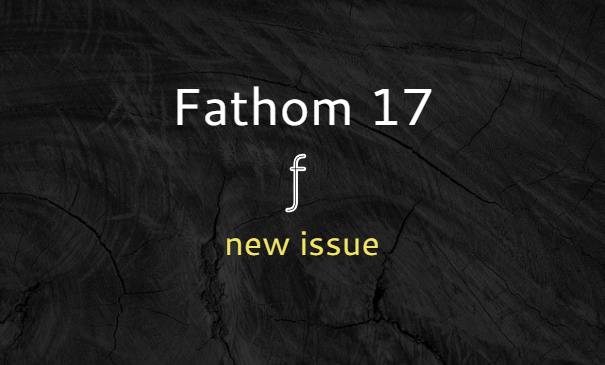 Fathom 17 is a special issue to mark the 100th anniversary of the Balfour Declaration.

We have three essays on the genesis of the Declaration.

Efraim Halevy, the former head of Mossad, offers a fascinating study of the World War One Jewish spy network in Palestine, NILI – an acronym for the biblical Hebrew phrase, Netzakh Yisrael Lo Yeshaker, meaning ‘The Eternal One of Israel will not Lie’. He argues that both the victory of the British Army led by General Allenby and the Balfour Declaration itself were in good measure the result of this first successful foray of the Jewish people into modern international intelligence-gathering and espionage.

The British Prime Minister David Lloyd George believed that Chaim Weizmann would be become ‘the one name that will be remembered in Jewish history a thousand years from now’. Hyperbole, for sure, but Azriel Bermant’s recent researches in the Guardian Archive at the University of Manchester have revealed that Weizmann was indeed central to the discussions that led to the Balfour Declaration.

Ronnie Fraser tells the little-known story of the British Labour movement’s War Aims Memorandum, which expressed support for Zionism three months before the Balfour Declaration. ‘The British Labour Movement,’ declared the Labour leaders, ‘expresses the opinion that Palestine should be set free from the harsh and op­pressive government of the Turk, in order that the country may form a Free State, under inter­national guarantee, to which such of the Jewish People as desired to do so may return, and may work out their salvation’. The Balfour Declaration itself was welcomed by several Labour leaders including Arthur Henderson, George Lansbury and Ramsay MacDonald, while the left wing magazine The New Statesman welcomed the Balfour Declaration as ‘one of the best pieces of statesmanship’ adding ‘It is hard to conceive how anybody with the true instinct for nationality and the desire to see small nations emancipated can fail to be warmed by the prospect of emancipating this most ancient of oppressed nationalities.’

We have two perspectives on how the Declaration should be marked today.

Striking a balanced tone so often missing from current debates, Fathom contributing editor Toby Greene argues that Britain should use the spotlight to promote a positive vision for the future for both peoples, using a vocabulary that is sensitive to the conflicting emotions on both sides of the dispute, and ‘it’s best endeavours’ to improve the chances of the pragmatists who recognise that two national homes is the only way to reconcile the demands of two nations, and end a century of conflict.

Elias Zananiri, vice-chairman of the Palestine Liberation Organisation (PLO) Committee for Interaction with Israeli Society, argues that the British government bears a moral responsibility for the impact of the Balfour Declaration on the Palestinian people and should now make recompense by recognising the State of Palestine and by demanding that Israel stop closing the window on the two-state solution.

And we have two essays exploring Palestine in the years following the Declaration.

Historian Donna Robinson Divine examines the often traumatic experience of the nameless immigrants who deferred their own happiness to advance the Zionist cause in the years after the Balfour Declaration. While Zionism promised that a Jewish state would disrupt the grim pattern of Jewish history and provide Jews with a new way to perceive themselves, Zionist history, very much like Jewish prayer, was written in the first person plural. Only in the last generation or so have Israelis begun to fully assess what it took for those individuals – the founders of Israel – to sacrifice personal desire for the sake of the new homeland.

Despite issuing the Balfour Declaration in 1917 and subsequently obtaining the Mandate for Palestine from the League of Nations, the British Government never clearly defined the concept of a Jewish National Home or proposed a concrete policy plan to implement it. In an essay focusing on the years following the Declaration, BICOM CEO James Sorene argues that this absence of British policy left both Jewish and Arab communities confused and frustrated and ultimately had tragic consequences.

In addition we have two review essays.

The biographer of Benjamin Netanyahu, Neill Lochery praises Itamar Rabinovich’s Yitzhak Rabin: Soldier, Leader, Statesman as a ‘masterly’ biography that is ‘likely to remain the definitive book on Rabin’s life and career for some years to come’.

Cary Nelson critically reviews Kingdom of Olives And Ash: Writers Confront the Occupation, edited by Michael Chabon and Ayelet Waldman. This 400-page book, released by Harper Perennial in conjunction with the Israeli NGO Breaking the Silence, gathers 26 essays by an international group of writers who recount their 2016 and earlier visits to the West Bank or, in one case, to Gaza.  Nelson, a prominent leader of the anti-BDS movement in the USA, argues that the book is flawed but is nonetheless ‘a wakeup call’ which lays down a challenge: ‘to move beyond condemnation, to end the occupation, eliminate its corrosive impact on Israeli society, and restore the fundamentals of Israeli democracy.’

Kyle Orton reviews Mustafa Khalifa’s 2016 novel The Shell, a novel based on the repressive and systematic nature of Bashar al-Assad’s prison system in Syria.

Fathom’s assistant editor Samuel Nurding speaks to Grant Rumley and Amir Tibon on their new book The Last Palestinian: The Rise and Reign of Mahmoud Abbas (Prometheus books, 2017). They discuss their motivations in writing the book, critically review the events that have shaped Abbas’s political thinking, and assess the legacy Abbas is likely to leave behind for the Palestinian people.

Liam Hoare reviews All the Rivers (Serpent’s Tail, 2017), a novel by Dorit Rabinyan which was banned by the Israeli high school curricula in 2015.

Jamie Palmer writes an eloquent and timely essay which explores the impact on the politics of the Left of desperately simplistic narratives of the Israeli-Palestinian conflict that have been designed to protect the Palestinian’s preordained status as wholly blameless victims, lacking either political agency or moral responsibility.

Note from the editors. While we will continue to produce a journal four times a year in the traditional style, Fathom will also continue to release new content during the intervening months. So watch out in July, August and September for the following pieces:

An interview with Yossi Kupperwasser.

Dahlia Scheindlin on Women in Israel: a revolution halted?

Martin Jander on Terrorism in the 1970s from Entebbe to Mogadishu: History, Memory and Legacy.

Lyn Julius on the impact of the Suez crisis on the Jews living in the Arab lands.

Lauren Mellinger reviews The Endless Quest for Israeli-Palestinian Peace. A Reflection from No Man’s Land by Robert Serry.