Fathom > Summer 2017 > Balfour 100 | Repairing the World: why Britain should now recognise the State of Palestine

Balfour 100 | Repairing the World: why Britain should now recognise the State of Palestine 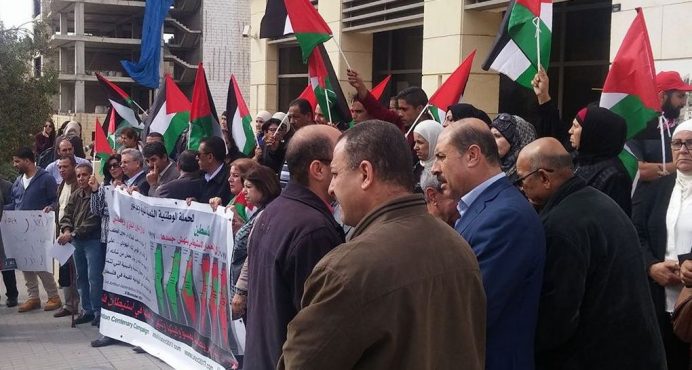 Elias Zananiri, Vice-Chairman of the Palestine Liberation Organisation (PLO) Committee for Interaction with the Israeli Society, argues that the British government bears a moral responsibility for the impact of the Balfour Declaration on the Palestinian people and should now make recompense by recognising the State of Palestine and demanding Israel stop closing the window on the two-state solution.

I don’t know if the Balfour Declaration served Britain’s interests or whether it achieved tangible accomplishments for the British Empire. I am neither a historian nor a British tax payer who wants to know where his money goes. I am a Palestinian who is shattered with grief when I hear that the UK wants to celebrate ‘with pride,’ in Prime Minister Theresa May’s words, the centennial anniversary of the Balfour Declaration, without even considering the implications of such a celebration for millions of Palestinians who lost their homeland because of that Declaration.

What pride can there be in a declaration that sought to create a homeland for the Jewish people while leaving another nation with nothing? Tough words? Maybe. But the Declaration was the opening shot of a protracted effort to create a new reality in the Middle East which left the Palestinians, my people, suffering ever since. The disaster that befell the Palestinians as a result of the Declaration requires remorse on the part of the British government. Countries that were ruled by the British Empire in the last century are already independent states. They don’t need Britain’s apology anymore. They licked their wounds of living under British rule and moved on. We, the Palestinians, continue until this very day to pay the price of that Declaration.

Britain, by the way, does know how to apologise, doing so for the 1845-1952 Famine in Ireland. But not for the Declaration? In our case, the British Mandate turned a deaf ear to the atrocities carried out against the Palestinians by Jewish armed groups, which had two future prime ministers, Menachem Begin and Yitzhak Shamir, in their ranks, and who in many cases didn’t spare the British forces either. The bombing of the King David Hotel in 1946 was carried out by the Irgun, which was headed by Begin and both men were placed on the ‘Wanted List’ by the British authorities. The British also suppressed Palestinian revolts against the Mandate and the increase of Jewish migration into Palestine.

It seems the UK does not want to think about an apology and an admission of responsibility for the Declaration. The UK’s refusal to admit responsibility is not acceptable to Palestinians but, 100 years later, it is comprehensible. What is not is the decision to announce, a century later, that the British people should celebrate the anniversary with pride. Why should enlightened guardians of human rights and supporters of every people’s right to self-determination feel ‘pride’?

I grew up as a stateless Palestinian kid admiring Britain. But not for long. As I grew older and wiser it became obvious to me how detrimental the Declaration had been for the Palestinians. It imposed, by Great Power fiat, the ground for the creation of the State of Israel but it failed to honour the commitment that ‘nothing shall be done which may prejudice the civil and religious rights of existing non-Jewish communities in Palestine, or the rights and political status enjoyed by Jews in any other country’.

While viewing with favour ‘the establishment in Palestine of a national home for the Jewish people,’ the Declaration defined the indigenous population of Palestine as ‘non-Jewish communities’. For shame! Jews from all over the world were defined as the ‘Jewish people’ while the Palestinians living in the land of their ancestors for thousands of years were simply considered ‘non-Jewish communities’.

To add salt to the Palestinian wound, the Declaration offered an extra layer of protection of ‘the rights and political status enjoyed by Jews in any other country’. By securing a national homeland for the Jews in Palestine on one hand, and on the other ensuring rights and political status the Jews enjoyed in other countries, the Declaration was a double prize for the Jews and a knockout for the Palestinians. I know that many will not see it that way but that is exactly what it meant for an unborn nation that, in due time, lost its homeland and saw the majority of its people either kicked out of, or voluntarily leave, Palestine in the aftermath of the 1948 proclamation of the State of Israel.

The British ruled over India for a little less than a hundred years and they never promised the subcontinent to a third nation. Instead they split India into two separate states: India and Pakistan. So why didn’t the UK follow suit in Palestine and endorse the 1947 UN Partition Plan?

Some will argue that Palestinians never accepted the 1947 partition of Palestine. But we had good reason to reject it: it lacked all fairness. It allocated for a future Jewish state 56.74 per cent of the total area of Palestine, gave a future Arab state 42.88 per cent and left Jerusalem and Bethlehem under a special international status. So, three years before the British Mandate ended, with Palestinian Muslims and Christians forming 68 per cent of the population and the Jews 31 per cent, the Jews were allocated more than half of the total area of Palestine.

No one can undo this history. Nevertheless, a lot can be done to make the Declaration centennial a day for a dramatic move that is not meant to undo what took place a century ago but to begin to repair the damage it caused.

The UN General Assembly on 29 November 2012 adopted Resolution 67/19 which recognised the State of Palestine based on the 4 June 1967 lines as a non-member state, adding one more internationally-recognised term of reference for the two-state solution, i.e. Israel and Palestine living side by side in peace and security. The least the UK should consider is endorsing this resolution to safeguard the two-state solution at a time when the far-right government in Israel is doing everything it can to kill it.

Every expression of concern over the fate of the two-state solution remains meaningless when nothing is done in practice. It is hypocrisy in its worst form. Criticism, press releases, expressions of concern, even the condemnation issued in June by Foreign Secretary Boris Johnson about the Israeli announcement of 3000 more settlement units in the West Bank, do not stop the settlement expansion that endangers the two-state solution. Should the international community fail to exert pressure on Israel, then Israelis and Palestinians will be subjected to a permanent conflict, driving both sides along the path of mutual destruction.

The UK bears a moral responsibility for the consequences of the Declaration. A recognition of the State of Palestine would be a solid step in the right direction. But the clock is ticking. We are moving rapidly closer to the centennial anniversary. So why not make the anniversary a different day? Make it a day of atonement, a day of repairing the damage, a day for giving back to the Palestinians some of the rights the Declaration took away?

The Palestinians never disappeared as a result of the Declaration and what followed. On the contrary, we remained and we are today an inseparable part of the Middle East. Yes, our state is under occupation, but this is not unique. Populations have lived under occupation for as long as the occupiers could suppress them. Eventually those populations earn their freedom and build their states. Palestinians will be no exception.

The alternative will be bad for all parties. The denial of the Palestinian national rights to self-determination and statehood will continue to nourish conflict in the region and beyond. Various terror groups like ISIS, Al-Qaeda, and others will continue to use the question of Palestine as an excuse to incite, recruit new members and mobilise public support for the despicable crimes they commit. Solving the Arab-Israeli conflict would deny them this excuse.

The calls to sue the UK for Balfour should stop. Instead we need a courageous decision by the UK to undo part of the injustice that befell the Palestinians because of the Declaration. The British people should recognise the State of Palestine instead of dancing on the ruins of the Palestinian people. 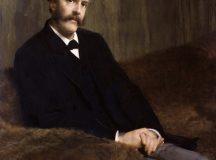 By Toby Greene
2017 is the hundredth anniversary of the Balfour Declaration, the British government’s letter of support... Read more > Summer 2017 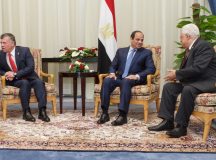 By Nidal Foqaha
Nidal Foqaha is Director-General of the Palestinian Peace Coalition-Geneva Initiative in Ramallah. He served as... Read more > Summer 2017 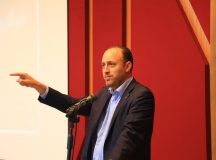 By Husam Zomlot
Husam Zomlot serves as ambassador-at-large for the state of Palestine and adjunct professor of Government... Read more > Summer 2017 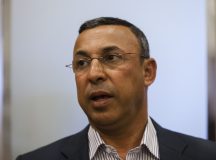 Prisoners, Peace and the Palestinian National Movement: an...

By Ashraf al-Ajrami
Ashraf al-Ajrami was the Minister of Prisoners Affairs for the Palestinian Authority (PA) between 2007... Read more > Summer 2017