Fathom > Article > 1967 | ‘A deal with the region should go through Ramallah’: an interview with Nidal Foqaha

1967 | ‘A deal with the region should go through Ramallah’: an interview with Nidal Foqaha 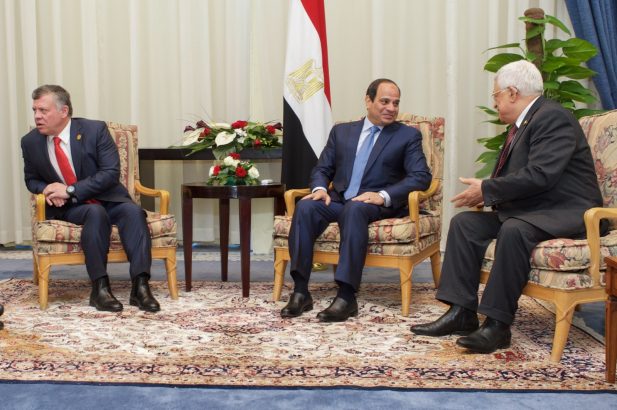 Nidal Foqaha is Director-General of the Palestinian Peace Coalition-Geneva Initiative in Ramallah. He served as an advisor at the Palestine Liberation Organisation (PLO) Secretariat General, and contributed to the establishment of several civil society organizations and initiatives, including the Freedom Forum Palestine, an organisation that promotes civil liberties in Palestine. He spoke to Fathom editorial assistant Jack May earlier this year about the legacies of the Six-Day War at 50.

Jack May: What are the legacies of the 1967 war for Palestinians today?

Nidal Foqaha: 1967 was a turning point in the history of the Palestinians and the whole Middle East in general. During the era when Palestine was under the British mandate, Palestine witnessed a significant socio-political movement, which unfortunately did not have the opportunity to turn into a Palestinian political entity due to the establishment of Israel. Yet, the 1967 war made such dream event far more, leaving more than 400,000 refugees, who mainly left to Jordan. This meant hundreds of Palestinian villages and small communities were evacuated, then destroyed. The 1967 war created a conflict which is still with us today, event after 50 years.

The June 1967 war is strongly connected to the 1948 war. After 1948 Israel definitely wanted to control the remaining territories of Palestine – the West Bank, East Jerusalem and the Gaza Strip – which they managed to do in 1967. Between the year 1948 and the 1967 war, Israel was a strong and well established state, while the Palestinians were divided into two political systems – the West Bank and East Jerusalem under Jordan, and the Gaza Strip under Egyptian rule. The 1967 war affected negatively the social fabric of the Palestinian society by dividing it again; the East Jerusalemites under Israeli sovereignty, those in the occupied West Bank, and the millions living as refugees in the surrounding Arab countries.

1967’s significant stems from the fact that it left the West Bank and the Gaza Strip under the Israeli occupation, the issue which deprived the Palestinians the dream to have an independent state of their own. Even more, the 1967 war paved the way for further wars and acts of hostility between Israel and neighbouring Arab countries as well as the Palestinians. Further, it contributed to prolonging conflict to last until today, and for thousands of Israeli and Palestinian to pay a heavy price of their lives, and the lives of their beloved ones.

JM: What has been the legacy of the 1967 war for the relationship between the Palestinians and the Arab states?

Since 1967, the Palestinian-Arab relationship has been defined by the issue of refugees and refugeehood. There were certain Arab states that were strongly concerned that the Palestinian refugee presence would become permanent; the issue which may affect the demographic balance. As such, Palestinians were not welcome in such states. Palestinians living in some Arab host countries today still suffer from severe restrictions, being deprived of all forms of civil and political rights, including when it comes to education, citizenship and work. With some Arab countries, the relationship is a bit different, but overall the war affected the Palestinians ability to interact with their Arab surroundings.

JM: How do Palestinians view recent proposals to incorporate the Arab states into a regional framework for resolving the Israeli-Palestinian conflict?

NF: There are several bilateral Arab-Israeli peace treaties and agreements. I refer to those with Egypt and Jordan, as well as the Oslo Accords. Unfortunately the emerging proposals are a reason for concern for Palestinians. We believe that any deal with the region should go through Ramallah, and not vice versa. The new proposals are based on an expectation that improving regional economic, security and political relationships will help reach a situation where a deal can be made with the Palestinians. This outcome should not be taken for granted. Our experience with Israel has proven to us that their intentions to reach a solution with the Palestinians are not so serious, and our main concern that Israel will not give the Palestinians anything within the peace process for whatever it gets from the Arab states within the regional cooperation framework. Instead, the starting point of negotiations should be the end of the occupation, and the general framework should be the Arab Peace Initiative (API). The API is the only regional framework that can guarantee an ending to the conflict, put an end to the legacy of the 1967 war inside the Palestinian territories and forge new diplomatic contacts between Israel and the Arab/Islamic world.

JM: You have talked of the separation between different groups of Palestinians – West Bankers, Gazans, East Jerusalemites, and the refugees in the diaspora. Does Palestinian politics have a representation problem?

NF: I cannot say there is a representation problem. The Palestine Liberation Organisation (PLO) supposedly represents the Palestinians inside the territories and all over the world. On this, the issue is settled. The Palestinian national movement has never melded into its surroundings. It always maintained its own identity and compass; the focus was always on building an independent Palestinian state within the land occupied by Israel in 1967. 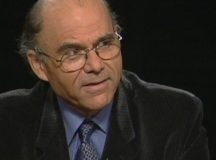 By Asher Susser
The Arab defeat in 1967 shattered the image of pan-Arabism as a vehicle of Arab... Read more > Article 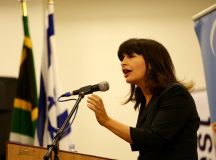