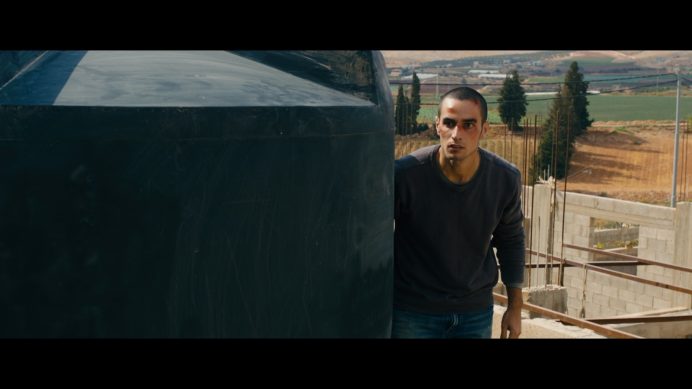 The media pitted one against the other. It was indeed a catchy story: two films from two sides of the border telling a rather similar tale. In the right-hand corner: Bethlehem, an Israeli film by first time director Yuval Adler. And in the left-hand corner: Omar, a Palestinian film by Hany Abu-Assad.

Both directors got the idea for their film from the same newspaper headline about a Shin-Bet agent murdered by the informant he worked closely with. The directors were both motivated by their personal involvement in the Israeli-Palestinian conflict (Adler was an intelligence officer in the occupied territories in his military service, while the Nazareth-born Abu Assad says he was the subject of Shin Bet surveillance in the past) and the films were shot at almost the same time, premiering within weeks of each other.

Beyond the similar story-lines and near-identical endings, the films are very different in plot and in tone. Bethlehem is a taut thriller, with an almost all-male cast, about the political rivalries inside a Palestinian faction, whereas Omar is a romantic melodrama, a Romeo and Juliet story – Omar even sounds like Romeo – about two lovers ripped apart by the Israeli separation wall and by the participation of the film’s eponymous protagonist in a terrorist attack that results in his incarceration.

The similarities continue: both  filmmakers returned to Israel from living in the US to make their films, and both films were the official entries to the 2014 Oscars: Bethlehem for Israel and Omar for the Palestinian Authority. In Hollywood, the Palestinians have secured the upper hand: Omar was short-listed among the nine films from which the final five nominees will be chosen, but Bethlehem, despite rave reviews from the American critics, did not make the cut.

One more similarity: this reviewer had the similar lukewarm critical reaction to both films. Each contained riveting scenes, but each ultimately fell short of its explosive premise. Where Bethlehem has superb rhythm and nail-biting action scenes, Omar excels in its first person point-of-view shots, endless chases within serpentine alleys, and it bears a much angrier tone.

After viewing Bethlehem, I wrote on my Facebook page that it was a ‘right-wing’ film. This was meant to be something of a joke, but it touched a nerve. For the majority of the Israeli movie viewing public, any film dealing with the Israeli-Palestinian conflict will automatically get labeled as ‘leftist’ and its makers will be savaged in the comment sections of news websites. To the mainstream audience, films which dare to deal with the occupation and to apply dramatic empathy to its characters, whether Israeli or Arab, are considered taboo. Because Israeli films are viewed world-wide, even the hint of wrong-doing from IDF soldiers in the West Bank is regarded with hostility. Israelis want to ignore the occupation; even the word itself is viewed as politically biased. Yet Bethlehem tries so hard to appear even-handed that I thought that even right-wing voters and politicians – especially Israel’s Minister of Culture, Limor Livnat, who keeps complaining that Israeli cinema, which is supported by her office, is too left-leaning (I think she’s wrong) – could identify with film’s message: that the Israeli presence in the West Bank leads to a dramatic cul-de-sac.

With the aid of a renowned Arab journalist, Ali Waked, Yuval Adler does a great job in setting Bethlehem up as a Policier, a procedural crime drama, replacing cops and gangsters with double agents and terrorist cells. Bethlehem was one of the most successful Israeli films of 2013 – with all its empathy towards its lead character, a teenage Palestinian torn between the loyalty to his radically militant brother and the friendship he forms with a Shin Bet operative who coerces him to inform on his brother, Bethlehem presents a rather one-sided view of the conflict, one in which the Israelis are the good guys, the Palestinian are the bad guys, and all those in the middle get caught in the crossfire.

Omar is altogether different in tone. Abu-Assad was born in the Israeli Arab city of Nazareth, but his identification with the Palestinian cause made him prefer to leave Israel and live in exile – first the Netherlands, now the US – so as not to be identified as an Israeli. His previous film, the superb and unnerving Paradise Now won him a Golden Globe and made him an Oscar nominee and a major name on the international film circuit. Omar won a major prize when it premiered at the Cannes Film Festival last May.

With the separation wall prominently visible in many scenes, as the film’s protagonist climbs over it to meet his cell leader and his unrequited love interest (his cell leader’s sister), Abu-Assad doesn’t pull punches. In this film, the occupation is directly to blame for all the tragedies that ensue.

In early January this year, Abu-Assad came to Tel Aviv to present his film to an Israeli audience; not an obvious move for a filmmaker trying to distance himself from his Israeli identity (Abu-Assad adamantly refuses to speak Hebrew in public). When asked about the abrupt and brutal ending of his film, Abu-Assad was straightforward: ‘To me,’ he said, ‘the meaning of the ending is clear: the Occupation must die’. In the Tel Aviv Cinematheque, one of the last of the liberal strongholds in an increasingly right-wing Israel, this blunt reply won applause. 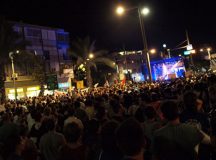 By Liam Byrne
We are entering a new urban age, so let’s build world class partnerships between the... Read more > Winter 2014

By A.B Yehoshua
An extract from a play by A.B. Yehoshua. Translated by David Janner-Klausner and adapted for... Read more > Winter 2014 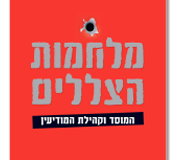 By Ephraim Kahana
Inside Israel’s secret wars 22 years after the release of their best seller The Imperfect Spies,... Read more > Winter 2014

Our Voice of the Fortnight is BICOM Director Richard Pater speaking to Blue and White MK Michal Colter-Wunsh about what politics is like in the Knesset under the cloud of coronavirus. Michal also speaks about her new proposed law to enshrine Israel’s Declaration of Independence into a new social contract, what needs to be done to help ensure the return of Israeli soldiers and civilians from the Gaza Strip, and why the Abraham Accords are a paradigm shift for the entire region. 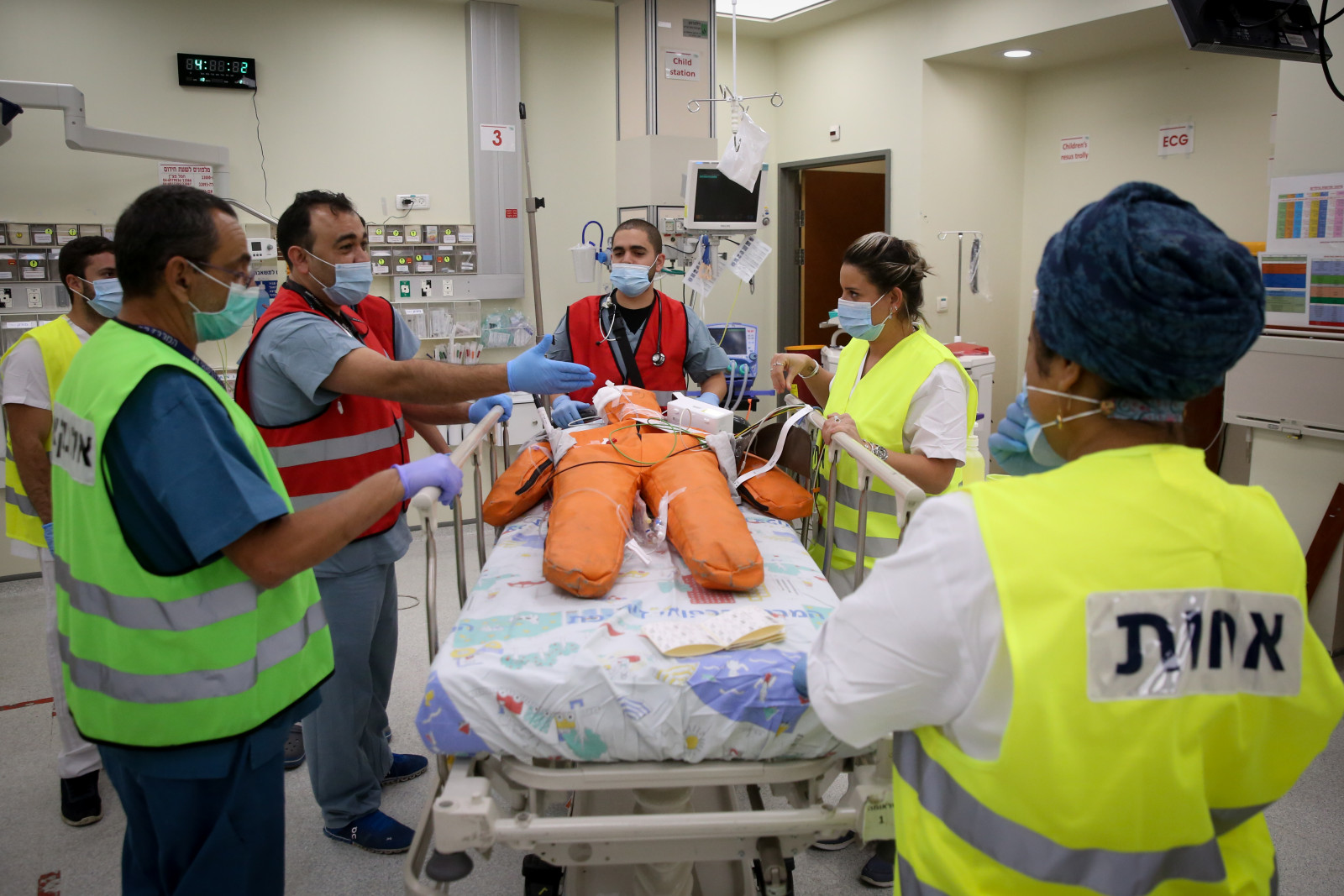 The Left and the Jews: Time for a Rethink
By Alan Johnson

Denial: Norman Finkelstein and the New Antisemitism
By Alan Johnson

Book Review | Jews and the Left: The Rise and...
By David Hirsh

Ken Livingstone and the myth of Zionist ‘collaboration’ with the...
By Paul Bogdanor

The Left and the Israeli-Palestinian conflict: The path to righteous...
By Jamie Palmer

The UK Election 2019 | Corbyn’s legacy is that political...
By David Hirsh

The UK Election 2019 | Antisemitism is not the preserve...
By Sacha Ismail

The pleasures of antisemitism
By Eve Garrard

What is Left antisemitism?
By Sean Matgamna