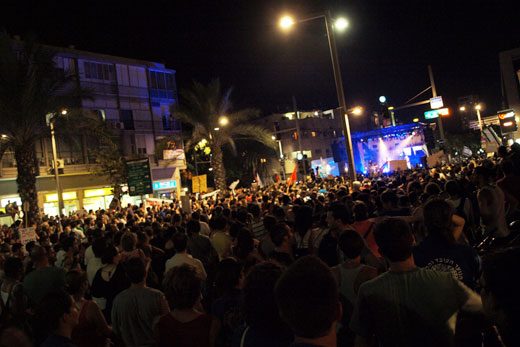 The tools that citizens are using to advance human rights in Tel Aviv and beyond are evolving. A descendant of refugees and a social activist at the heart of Israel’s protest movement, Yigal Shtayim argues that the formal political process is not always the best way to effect social change.

I love the state of Israel and I consider myself to have leftist sensibilities. I have always been in constant conflict between patriotism and pacifism, torn by the moral polarisation between the essence of Israel and its actions. Only this, it seems, can explain the fact that I am opposed to the occupation, but I served in the army; that I am an independent artist, but that I was ignoring my surroundings; and that at the age of 45, I finally woke up.

In August 2010, a year before the outbreak of social justice protests in Tel Aviv, I felt fed up. An article published in the Haaretznewspaper by former Knesset member Yossi Sarid detailed how Israel’s immigration police were set to search in closets and attics of Israeli homes for the children of migrant workers. These children were then to be deported. I could not believe what I was reading. Without much thought, I took the desperate step of many a would-be revolutionary and formed a radical group on Facebook, registered under the name: ‘The group to hide 400 children of foreign workers facing deportation from Israel.’ Within 24 hours it had become a group with thousands of angry and determined members, generating a sudden media buzz. There was broad coverage in the Israeli media, and even CNN showed up. These few moments of fame earned me the status of a social activist in the name of human rights. My inbox collapsed due to the number of people providing details of accommodation where they intended to provide refuge for the children along with their parents. Interior minister Eli Yishai sounded stressed when he blurted out during a live interview on national radio that he had received a list of 400 rebellious citizens who were planning to hide the 400 children. I hooked up with older organisations operating in the field – after all I was the new kid on the block – and we held a demonstration with 10,000 people, triggering campaigns that strengthened activists, increased pressure on decision makers and shook Israeli public opinion out of its apathy.

Then in January 2012 I reached the most dramatic turning point. Amidst the fervour created by the protest movement, symbolised by the chant ‘the people demand social justice’, a law was enacted which broke the camel’s back. Among a succession of undemocratic laws enacted by the previous right-wing government, the low point for me was a law which criminalised refugees arriving at Israel’s border, eliminating the universal concept of ‘refugees’ and replacing it with a word which sounds bad in all languages: ‘infiltrators’. It was against all logic, and I believe contrary to Jewish history, culture and conscience.

In response, I called for a demonstration on Facebook, without co-ordination with the police – a common event during the protests – and a few hundred people came to the city square. The road quickly became blocked, and as I was relaying events to lazy journalists who could not be bothered to come themselves, I photographed a woman holding a sign reading ‘Your grandmother was an infiltrator.’ When I posted the photo the next day, the woman, Orly Feldheim, tagged herself, and so I found a partner in a new initiative. We decided to provide hundreds of thousands of hot food dishes and tonnes of clothing for hundreds of refugees being deposited from government buses in south Tel Aviv.

But from what budget? There was no budget. Also no offices. No kitchen. No cars. We used a combination of home cooking offered spontaneously by members of the public and collections from restaurants and bakeries. The mobilisation was exhilarating. Tonnes of equipment flowed into my studio and people started cooking and bringing their pots to Levinsky Park in south Tel Aviv. Others collected from restaurants and bakeries every day and brought food to the park in shifts, where we provided up to 850 meals in a single evening.

The group we created, ‘Marak Levinsky’ (Levinsky Soup), embedded itself more deeply into Israeli society and the mass media than the ‘Group of 400’, which has since been almost forgotten. The Marak Levinsky venture has become an emblem for social initiatives which empower citizens to stand up and do something. For more than 500 days we have managed daily shifts in the park to distribute food and clothing for hundreds of refugees who were unemployed and arrived from prison (where they were held after crossing the border into Israel) with few clothes and sometimes barefoot or only with flip-flops.

We were refused assistance from the municipality, who had earlier that year closed the soup kitchen for Africans. But we got help from aid organisations including the Red Cross and connected with older Israeli organisations that were here long before us, and together with them and the help of Facebook, directed this whole system in open and closed groups. All the Israeli media, and many from around the world, have come to witness this phenomenon: Israelis bringing food and clothing from all over the country.
At first they questioned how long we would last, but after 500 days, the answer is no longer in doubt: until there are no more refugees in the park. Even in Israel, where people do not tend to rise up, perhaps because most of us passed through military service, there is an answer to the question: what can I do, when the state and the municipality ignore the problems? What made me do all this? I guess there is significance to the fact that like most Jews, I am the descendant of refugees. I am the first child of my family born in Israel after who knows how many generations. My parents and older brothers were born in Chile and Ecuador, my grandparents were born in Germany on one side and Russia on the other. It is with such a family history it would be sad if I could not empathise with people fleeing their homeland when it was burning. Of course we took a lot of poison and fire from right-wing elements in power, as well as from the southern neighbourhoods of Tel Aviv, and of course in the virtual town square: Facebook. There were many who did not like the assistance we were giving to the new poor people in the southern neighbourhoods of the city. A Knesset member from the right-wing Likud party – Miri Regev – stood on a stage in the town square and shouted words that are unthinkable to Jewish ears: ‘The Sudanese are cancer.’ No wonder that a Molotov Cocktail was then thrown at a nearby kindergarten for refugee children. This terrible act led volunteers from Marak Levinsky to establish an organisation that focuses exclusively on supporting kindergartens for refugees – an appropriate response to those who discriminates against children because of the colour of their skin or civil status, and who deny refugee status to refugees.

But all this has not led me to become a politician. I was invited by the left-wing Meretz party in Tel Aviv to participate in their primaries to stand for municipal elections, and at first I agreed. Meretz is the party I have voted for since I had the right to vote but I could not, in the short time I spent thinking about the idea of running for city council, see how this could be a tool to advance human rights in Tel Aviv. I know how it can work theoretically. You could, for example, see to it that all municipal soup kitchens stop closing their doors to hungry refugees. But it is likely the state will undermine any attempt to guarantee the refugees human rights in the city, while thousands are imprisoned without trial for up to three years. Beyond that – if I’m already doing some good in the field – what good is it for me to sit in meetings at town hall with a pen sticking out of my pocket? Even swift municipal legislation will not bring immediate equal rights, employment security or baby food. So, after two years of activity I have returned, perhaps more rational, to the starting point. I am looking at the Israeli political system from the outside again and considering what a strange and ineffective tool it is and how the Jewish refugee lesson has not been adequately learnt. Again I am an outsider, and here I feel comfortable, until the next time. 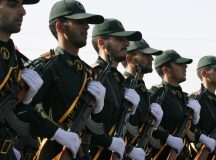 By David Landau
Few individuals have had more impact on the history of the state of Israel than... Read more > Autumn 2013

By Ami Ayalon and Moshe Arens
Unilateral withdrawal from part of the West Bank was very much on the agenda following Israel’s... Read more > Autumn 2013