by Ami Ayalon and Moshe Arens
BACK

Unilateral withdrawal from part of the West Bank was very much on the agenda following Israel’s withdrawal from the Gaza Strip in 2005. The idea was that in the absence of peace agreement, Israel should move ahead unilaterally to create a separation between itself and the Palestinian Authority.

This approach was discredited by the rise of Hamas in Gaza in 2006, but in recent months some in Israel, including Defence Minister Ehud Barak, have started advocating it once again.

Ami Ayalon is the former head of the Israeli Navy, a former head of Israel’s Shin Bet internal security agency, and a former cabinet minister in the government of Ehud Olmert. He is one of the leading figures in the Blue White Future movement advocating unilateral withdrawal.

Moshe Arens was a Likud Knesset member for more than 20 years. A professor of aeronautical engineering he served as Israel’s ambassador to the US, three times as minister of defence, and once as Israel’s foreign minister. He has been a sharp critic of unilateralism, accusing its proponents of suffering from ‘unilateral withdrawal syndrome.’ 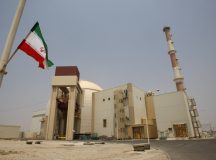 By Alan Mendoza
One of the leading neoconservative intellectuals of the last half century, Richard Perle was Assistant... Read more > Winter 2013 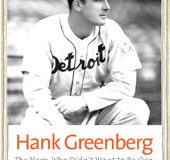 By Andrei S. Markovits
Growing up in the West Romanian town of Timisoara in the 1950s as the only... Read more > Winter 2013

By Benedetta Berti
Relations between Egypt and Hamas have improved under Morsi. But he has issued no blank... Read more > Winter 2013