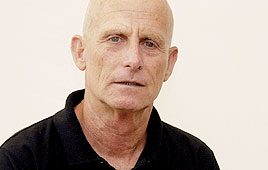 Ami Ayalon is the former head of the Israeli Navy, a former head of Israel’s Shin Bet internal security agency, and a former cabinet minister in the government of Ehud Olmert. He is one of the leading figures in the Blue White Future movement advocating unilateral withdrawal.

Moshe Arens was a Likud Knesset member for more than 20 years. A professor of aeronautical engineering he served as Israel’s ambassador to the US, three times as minister of defence, and once as Israel’s foreign minister.

By Ami Ayalon and Moshe Arens
Unilateral withdrawal from part of the West Bank was very much on the agenda following Israel’s withdrawal from the... Read more > Winter 2013