by Ephraim Kahana
BACK 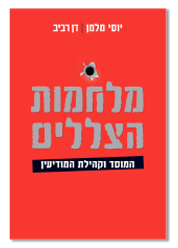 22 years after the release of their best seller The Imperfect Spies, Yossi Melman and Dan Raviv have co-authored a second book on Israeli intelligence.

Spies against Armageddon: Inside Israel’s Secret Wars provides a detailed account of Israel’s intelligence community from the founding of Israel in 1948.

While Spies against Armageddon reads more like a novel, the book is based on interviews with prominent players in Israeli intelligence.

Against the backdrop of extreme tension over Iran’s nuclear programme, the opening chapter deals with the on-going nuclear crisis and Israel’s clandestine efforts to delay and derail the Islamic Republic’s nuclear drive. The book presents a fresh history of Israel’s intelligence operations in Iran, noting that from the mid-2000s former Mossad director Meir Dagan – who made headlines after his retirement for unprecedentedly speaking out against an attack on Iran’s nuclear programme – formulated a five-phase strategy to stop Iran’s nuclear programme with the ultimate objective of bringing about regime change in Iran, and thus stopping its nuclear programme. The second and most well-known phase of Dagan’s programme included special operations and Melman and Raviv offer accounts of the delivery of sabotaged equipment, the Stuxnet computer virus – which reportedly destroyed up to ten percent of Iran’s centrifuges in its Natanz nuclear facility – and the assassination of five key Iranian nuclear scientists.

Melman and Raviv are critical of the habit of former senior members of Israel’s intelligence community of revealing well-guarded secrets on taboo subjects. The authors blame the phenomenon of ‘targeted leaks’, on intra-organisational or personal power struggles, but also on simple lack of awareness or slips of the tongue on the parts of politicians. One such example was the exposure of Ashraf Marwan – a high level Egyptian double agent who allegedly spied for Israel in the Seventies – by the former head of Israel’s Military Intelligence, Gen. Eli Zeira. Marwan would die amid mysterious circumstances – he ‘fell’ from his fifth-floor apartment in London – shortly after Zeira imparted his identity to a journalist. The authors warn that future revelations are likely, due to both the politicising of intelligence, decreasing accountability and legal deterrence.

Despite the surprising openness of many of the sources interviewed, censorship compelled the omission of many details about Mossad’s lesser-known operations.

For example, Spies against Armageddon actually reveals very little new information about Mossad’s elite Kidon [‘bayonet’ or ‘tip of the spear’] department, which is allegedly responsible for the organisation’s assassination and kidnapping endeavours. Instead, the authors stick to the familiar accounts of secret operations, such as bringing Jews to Israel, the challenges Mossad faces protecting Jews outside Israel, an account of Israel’s clandestine nuclear programme and the construction of the Dimona nuclear reactor. Nevertheless, the sheer quantity of information that Melman and Raviv present illuminates not only Mossad operations but also its thought process.

Despite the book updating information on some well-known Mossad operations, there are some gaps. Take, for example, the infamous Lavon Affair, the failed Israeli covert operation that took place in the summer of 1954. As part of a ‘false flag’ operation a group of Egyptian Jews were ordered by Israel’s military intelligence to plant bombs in British and American installations in Egypt under the guise of being Egyptian nationalists.

The hope of whoever dreamed up this operation was that the ensuing instability would induce the British government to retain its troops in Egypt’s Suez Canal zone, therefore providing a buffer for Israel.

For decades, Israeli historians suggested Avri Elad, the Israeli who oversaw the operation, turned over his network to Egypt. In recent years, however, it has been suggested by Eli Bardenstein in his article ‘Traitor or Liar?’ in Maariv (22 July 2003) that Lionel Schwartz, a key Soviet spy who penetrated the highest echelons of Israel’s political and intelligence establishment in the 1950s, and who was heavily involved in the Lavon affair, handed over the Israeli network to Egypt. Despite this new research, Melman and Raviv fail to mention Schwartz.

Nevertheless, Melman and Raviv provide new information on some of Mossad’s more recent operations, making the book an invaluable contribution to the intelligence literature and adding much to the knowledge base of those interested in Israel’s intelligence community. For those who are, I recommend reading it. 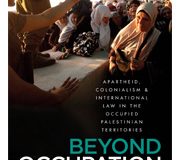 By Robbie Sabel
The book is a brief for the claim that Israeli practices in the territories amount... Read more > Winter 2013

By Yair Raveh
2012 will be remembered as the year in which Israeli movies finally found God. It's... Read more > Winter 2013

By David Landau
Few individuals have had more impact on the history of the state of Israel than... Read more > Winter 2013