by Manuel Hassassian and Raphael Cohen-Almagor
BACK

When we launched Fathom the editors declared that the journal would be ‘a partisan and artisan of the two-state solution.’ That’s why we are pleased to publish this paper from Professor Manual Hassassian, the Palestinian Ambassador to the United Kingdom, and Professor Raphael Cohen-Almagor, Founder and Director of the Middle East Study Group at the University of Hull. The editors welcome their argument that the success of the two-state solution depends upon profound mutual recognition: ‘Israel shall recognise the State of Palestine, Palestine should recognise the Jewish state of Israel.’ Of course, Fathom does not endorse the detail of this or any other particular framework agreement. That’s not our role. And we are aware that many Israelis and Palestinians will disagree with aspects of the document. So we will be inviting responses to this document and we hope our pages will host a wide-ranging discussion about the future of the two-state solution.

Israel and the Palestinian Authority (PLO) have been negotiating peace since 1993. The present reports are not optimistic. To build genuine peace, it is essential to have trust, good will and mutual security. We believe that if there is a will, there is a way. Peace is a precious commodity and therefore requires a high price for its achievement, reaching a solution that is agreeable to both. The peace deal should be attractive to both, equally. It cannot be one-sided, enforced or coerced. Of all the possible solutions presently on the table, a two-state solution is the most viable. We believe that good starting points are the Clinton Parameters (2000) and the Geneva Accord (2003). Both documents lay the foundations for resolving all contentious issues.

The Palestinians aspire to have an independent state in the 1967 borders, with Arab Jerusalem as its capital and a substantial return of refugees to Israel. The Israelis wish to retain the Jewish character of Israel, being the only Jewish state in the world. Both sides wish to enjoy life of tranquillity and in security, free of violence and terror. Both sides need to make painful concessions and reach a compromise. Both parties should explicitly accept UN Security Council Resolutions 242, 338 and 1397 and then begin their full implementation. The endgame will be based on the following parameters:

Palestinian sovereignty – A state will be declared and respected.

Borders – The border will be on the 1967 line. Having an undisputed, internationally-recognised border is the best security arrangement for both sides.

Israel will agree to withdraw in principle to the Green Line, evacuating settlements and resettling settlers in other parts of the country. The major settlement blocs – Maaleh Adumim, Givat Zeev, Gush Etzion, Modiin Illit and Ariel – which account for approximately 70 per cent of the Jewish population in the West Bank and for less than four per cent of its territory, may be annexed to Israel upon reaching an agreement with the PA as part of the land swap equal in size and quality. Border adjustment must be kept to the necessary minimum and must be reciprocal.

Territorial contiguity – A corridor would connect the West Bank and the Gaza Strip to allow safe and free passage. As long as peace is kept, the road will be permanently open and solely Palestinian. No Israeli checkpoints will be there. Palestinians will not be able to enter Israel from this corridor, nor shall Israelis enter Palestine from the corridor. Palestine will ensure that this safe passage won’t be abused for violent purposes. Such abuse would undermine peace and trust between the two parties.

The Separation Wall creates a political reality. It should run roughly along the 1967 mutually agreed borders.

Security – Both Israel and Palestine will take all necessary measures to ascertain that their citizens could live free of fear for their lives. Security is equally important for both Israelis and Palestinians as this is the key for peace. Palestine and Israel shall base their security relations on cooperation, mutual trust, good neighbourly relations, and the protection of their joint interests.

Water – Israel and Palestine should seek a fair solution that would not infringe the rights of any of the sides and will assure that the Palestinian people will have the required water supply for sustenance and growth.

Fishing – Israel and Palestine will enjoy fishing rights in their respective territorial waters.

Education – Israel and Palestine will institute a shared curriculum on good neighbourhood, understanding cultures and religions, respect for others and not harming others. This education programme will commence at the kindergarten and continue at primary and high schools. In every age group vital concepts for understanding the other will be studied. This programme is critical for establishing peaceful relationships and trust between the two parties.

Incitement – Both sides need to clean up the atmosphere, fight bigotry, racism, incitement and hate on both sides of the fence/wall. This includes a close study of the education curricula in both the PA and Israel. Both sides need to overhaul their school books, excluding incitement, racism, bigotry and hate against one another. The curricula should reflect a language of peace, tolerance and liberty. Both sides should utilise the media to promote peaceful messages of reconciliation and mutual recognition.

Prisoners – As an act of good will, part of the trust-building process, Israel will release a number of agreed upon prisoners. With time, as trust will grow between the two sides, all security prisoners will return home.

Refugees and their right of return – This is a major concern for both Palestine and Israel. For Palestinians, this issue is about their history, justice and fairness. For Israelis, this is a debated issue, where many Israelis are unwilling to claim responsibility for the Palestinian tragedy and most Israelis object to the right of return as this would mean the end of the Jewish State.

What needs to be done is to identify the population, establish the numbers, and after mapping the refugee population conduct a survey among them that would include the following options:

The 1948 Palestinian refugees will be able to settle in Palestine. The rest of the world will be able to set immigration quotas for absorbing Palestinians who apply for settlement in their designated choice of country. Unification of families should be allowed in Israel on a limited quota scale annually. But massive refugee return to Israel will not be allowed. In addition, an international tribunal of reputable historians and international lawyers, including equal representatives of Israel and Palestine, will determine the level of monetary compensation. If needed, Israel and Palestine may establish an international relief fund to which humanitarian countries that wish to see the end of the conflict can contribute. Israel, Europe, the Muslim World, North America and other countries of good will (the Geneva Accord mentions Japan; we may add China, Australia and Brazil) would be able to secure the required funding. The United Nations and the World Bank may also be approached to offer assistance.

Economic agreements – Israel and Palestine will consider opportunities for economic cooperation for the benefit of both societies, aiming to capitalise on the potential of both, to optimise resources and coordinate efforts. Israel would help Palestine develop an independent economy and open doors for Palestine in the Western world and elsewhere. Palestine will pave the way for Israel’s integration into the Middle East as an equal member in the community of neighbouring countries. Palestine will help Israel develop economic, industrial, tourist and other relationships with the Arab and Muslim countries.

Tourism – Israel and Palestine will coordinate efforts in promoting tourism to the region, this via collaboration with the neighbouring countries in order to facilitate cultural and religious experiences that are unique to this region.

Communication and media – Mutual channels of communication will be opened on television, radio and the internet. These media channels will transmit their broadcast in two or three languages: Arabic, Hebrew and possibly also English. Communication and language are important for the development of good neighbourly relations.

End of conflict – Following the signing of a comprehensive agreement covering all issues and concerns, an official statement will be issued declaring the end of the Israeli-Palestinian conflict. 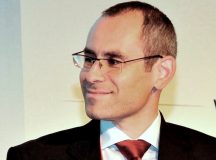 By Toby Greene
The Hassassian and Cohen-Almagor document is commendable for its embrace of mutual recognition, respect and... Read more > Spring 2014