Fathom > November 2020 > Symposium: Biden and Israel | ‘Biden will not reprise the acrimony of Barack Obama’s dealings with Israel. He may prove a great boon to the Jewish state’

Symposium: Biden and Israel | ‘Biden will not reprise the acrimony of Barack Obama’s dealings with Israel. He may prove a great boon to the Jewish state’ 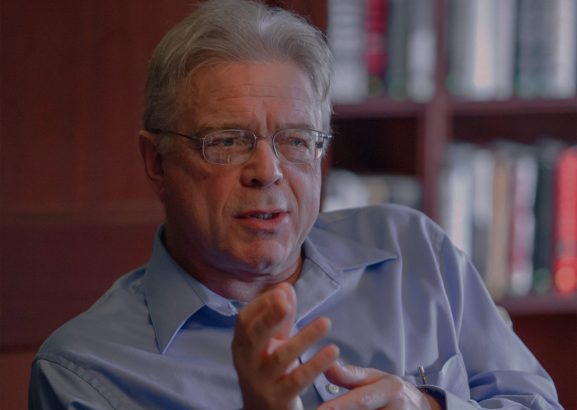 A Biden administration carries the promise of restoring bipartisanship to support for the Jewish state, says Joshua Muravchik.

A pre-election poll by the Israel Democracy Institute found that 63 per cent of Israelis favored the reelection of Donald Trump as US president, while only 17 per cent favored Democrat Joe Biden. Little wonder. Trump has been touted as the most pro-Israel US president ever, having taken several steps sought by Israel that previous US administrations had refused, notably recognising Jerusalem as Israel’s capital and moving the US embassy there; acknowledging Israel’s de facto annexation of the Golan Heights; floating a peace plan that would award 30 per cent percent of the West Bank to Israel; and more.

Joe Biden as president will surely be less compliant with Israeli wishes, most critically on dealing with the nuclear threat from Iran. Yet, there is little likelihood that Biden will reprise the acrimony of Barack Obama’s dealings with Israel. And possibly, the Biden administration will prove a great boon to the Jewish state.

Although in the election campaign Biden traded heavily on his part in the ‘Obama/Biden administration,’ there is no reason to believe that Biden held much sway in shaping its policies. In American tradition Vice Presidents are minor players. John Nance Garner who served as VP during Franklin Roosevelt’s first two terms famously described the position as ‘not worth a bucket of warm piss.’

Obama came to office hoping to repair America’s relations with the Muslim world, strained by the terror attacks of 9/11 and America’s response. Toward this end, he said he wished to ‘put distance’ between the U.S. and Israel, evincing a chilliness, perhaps reflecting the hard-left milieu from which he had emerged.

Biden, in contrast, is an old-school liberal Democrat with a longtime affinity with Israel. Former Israeli ambassador to Washington, Michael Oren, put it: ‘Biden is from a generation that remembers 1967 and 1973. He has Israel in his heart. He actually … gets Israel.’ To boot, three of Biden’s children married Jews, giving him Jewish grandchildren.

Given this background, the Biden administration embodies the promise of restoring bipartisanship to support for the Jewish state. In recent decades a gaping divide has opened between the parties. In 2018 Pew reported that 79 per cent of Republicans but only 27 per cent of Democrats sympathised more with Israel than with the Palestinians. (25 per cent of Democrats sympathised more with the Palestinians, while roughly half replied ‘neither’ or ‘both’ or ‘don’t know’.)

This chasm had grown rapidly, and there were signs it would continue to grow: liberal Democrats were much more likely to favor the Palestinians, and their weight within the party was on the upswing. This was manifest in the near capture of the party’s 2020 presidential nomination by ‘socialist’ Bernie Sanders, the contender most critical of Israel. Some Republican politicians were happy to see Israel become a partisan issue. Even though it made only a small dent in Jews’ dogged loyalty to the Democrats, it cemented the Republican allegiance of Evangelical Christians, who, according to surveys, are as heavily pro-Israel as are American Jews—and ten times more numerous.

Biden’s running mate, Kamala Harris, is often seen as exerting ‘progressive’ pull on the ‘moderate’ Biden. But she is likely only to reinforce his pro-Israel disposition. Her Senate record tilted so sharply that way that the leftist lobby, J Street, which calls itself ‘pro Israel’ but in practice devotes most of its energy to counteracting traditional pro-Israel groups and positions, refused to support her reelection, although it backed the majority of Democrats. And incidentally, Harris’s husband is Jewish.

Biden can be expected to reverse a few Trump policies. He pledged to reopen the US consulate in East Jerusalem, a de facto embassy to the Palestinians; to allow the Palestine Liberation Organization to reopen its Washington office, which Trump had shut down; and to restore various aid programmes to the Palestinians. But on the more important matters of Jerusalem and the Golan Heights, Biden’s camp indicates he will preserve Trump’s actions, thus giving them a bipartisan imprimatur that will prevent later reversal. And, too, Biden is committed to the process of ‘normalisation’ between the Arab states and Israel that Trump, in what may stand as his sole diplomatic triumph, facilitated. Notwithstanding Trump’s more grandiose mutterings, there are, according to the astute analyst Hussein Ibish, perhaps four other Arab states that might follow the UAE, Bahrain, and Sudan in recognising Israel, and the Biden administration will undoubtedly encourage this.

What about the Israeli-Palestinian peace process? It seems unlikely that the new US administration, whose top priorities will be combatting the coronavirus pandemic, propping up a sagging economy, and restoring ‘normalcy’ to US politics, will look to grasp that nettle any time soon. For their part, the Palestinians are absorbed in jockeying over succession, as President Mahmoud Abbas celebrates his 85th birthday this month and nears completion of the sixteenth year of his four-year term. Biden would surely put his foot down against Israeli annexations in the West Bank, but the UAE’s bargain with Israel blocks them at least for now.

That leaves one issue as a likely source of friction between the Biden administration and Israel, and it is a big one: Iran’s nuclear program. Biden wants to return to the deal struck by Obama from which Trump withdrew. Even this might prove less contentious than the original, and not only because Biden’s chemistry with Israeli leaders is better than Obama’s. For one thing, Iran is demanding compensation for losses due to Trump’s sanctions. It is unclear if Iran will drop that demand and agree to reverse the stockpiling of fissile material and other violations of the accords it has committed in retaliation. Even if it does, the 2015 deal will be six years old, and some of its key provisions carry a ten-year ‘sunset’ clause. What’s the point of a four year deal?

Biden has said he seeks to ‘rejoin the agreement as a starting point for follow-on negotiations … to strengthen and extend it.’ He also pledges to ‘push back against Iran’s destabilising activities, which threaten our friends and partners in the region.’ Obama, with his extended letter-writing to Supreme Leader Ali Khamenei and his inexplicable refusal to rhetorically support the millions of peaceful Iranians who nearly toppled the regime in 2009, harbored some odd delusion, akin to Trump’s with Kim Jong Un, of a transcendent reconciliation. Biden, despite his strong commitment to the 2015 deal, entertains no such illusion. Thus, the differences between Washington and Jerusalem, with the Sunni Arab states on its side, might be narrowed to manageable proportions. Perhaps Israelis will be happily surprised.