Fathom > November 2020 > Symposium: Biden and Israel | ‘The biggest challenge for US-Israeli relations will be Iran. The Biden team has been vague, and appears divided over how to proceed’

Symposium: Biden and Israel | ‘The biggest challenge for US-Israeli relations will be Iran. The Biden team has been vague, and appears divided over how to proceed’ 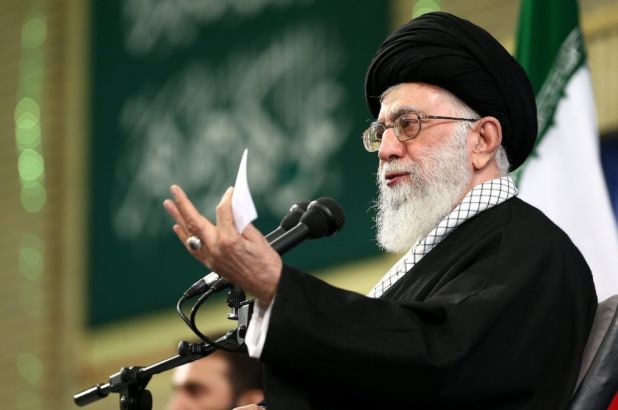 While the theatrics of Biden and Netanyahu’s personal relationship may engage the attention of media pundits, policymakers will be more concerned about Iran, says Jonathan Rynhold.

Joe Biden’s record of support for Israel is one of the longest of any living American politician. Unlike Obama, Biden’s folksy style means that he has no problem passing the so-called ‘Kishke test’ to determine where his gut sympathies lie. He often regales audiences with stories about his father’s support for Israel and his own meeting with Golda Meir around the time of the Yom Kippur War. As President, his personal commitment to Israeli security can therefore be expected to translate into a policy commitment. Equally, he will almost certainly not relocate the American Embassy back to Tel Aviv.

Much attention has been focused on elements within the left-wing of the Democratic Party that have adopted a critical or hostile stance towards Israel. Although of concern, especially in the long-run, this phenomenon is unlikely to become a serious impediment to US-Israeli relations in the next four years. While Biden gave the left significant influence over the domestic policy agenda during the campaign, they were given no say over foreign policy. Specifically, Biden rejected point blank their call for making aid to Israel conditional on its policy towards the Palestinians.

In any case, the overwhelming majority of self-identified Democrats have a consistently favourable view of Israel; viewing the Jewish state as an important ally. Their main problem is with Netanyahu’s close association with Trump and the Republicans, as well as his right-wing approach to the Palestinian issue – not with Israel per se. In other words, while Biden is not a problem for Israel, he could well become a problem for Netanyahu.

Trump allowed Netanyahu to keep both his right-wing base and Israel’s most important ally happy simultaneously. Under Biden, it will be extremely difficult for Netanyahu to maintain this balancing act. If he challenges a pro-Israel President on issues close to the heart of the Israeli Right like settlement expansion, he is likely to lose support in the center. Whereas if Netanyahu accommodates Biden, then his right-wing competitor Naftali Bennett will be placed to benefit at his expense.

In terms of his general foreign policy outlook, Biden is instinctively an internationalist who believes in American leadership and working with allies. In this he differs from the more isolationist Trump. His emphasis on the ‘free world’ – Cold War terminology – rather than the ‘liberal international order’ terminology favoured by Obama, indicates that Biden is likely to adopt a tougher approach to countries like China, Russia and Turkey. This is likely to benefit Israel in a general sense and specifically with regard to the situation in Syria. Though there will be no return to highly interventionist approach George W. Bush.

With regard to the peace process, Biden is likely to continue with the regional approach which brought Trump his most impressive foreign policy success. The focus on the Gulf actually began during the Obama era and was twice close to generating a major breakthrough. It failed back then, according to those directly involved, because of Netanyahu’s domestic political considerations.

A Biden administration will probably make an effort to bring the Palestinians back to the negotiating table as part of the regional peace process. This could well include pressure on Israel to take some confidence building measures, for example freezing settlement activity outside the main blocks and/or extending the geographical scope of Palestinian civilian (not security) authority in the West Bank. Tensions over this might generate plenty of hyperbolic headlines. However, it is unlikely that Biden will make the regional peace process as high a priority as his predecessor because he lacks Trump’s personal and domestic political motivation. Furthermore, the peace process is very far from being a policy priority for Democrats, even for Progressives who are far more concerned with domestic issues.

Consequently, the administration is unlikely to invest serious political capital unless either the prospects for progress improve significantly, or there is an outbreak of widespread violence, or an Israeli government decides to poke the administration in the eye by annexing part of the West Bank or dramatically expanding settlement activity.

Paradoxically, one factor that might push the regional peace process along, is the hostility Democrats feel towards the Saudi Crown Prince Mohammed Bin Salman (MBS) who has been implicated in the murder of the Saudi journalist, Jamal Khashoggi. Against this background, the Saudi regime may view a step towards normalising relations with Israel as a way to deflect the wrath of Biden.

As for Trump’s recognition of Israeli sovereignty over the Golan Heights, given the situation in Syria, the administration will probably seek to ignore the issue.

The biggest challenge for US-Israeli relations will be Iran. Israel is concerned not only about Iran obtaining nuclear weapons, but about the knock-on effects than could lead to regional proliferation. Biden has committed to re-entering the Iran Deal signed by the Obama administration in 2015, while seeking to extend its critical sunset clauses. The deal was widely regarded in a very negative light in Israel, notably by Prime Minister Netanyahu. In contrast, Trump and Pompeo’s strategy of maximum pressure was widely supported in Israel, an approach not shared by Biden.

The Biden team has been vague, and appears divided, over how to exactly proceed in this context. Relaxing sanctions prior to negotiations will be viewed by Jerusalem as greatly strengthening Iran’s bargaining position. In a similar vein, some advisors close to Biden have noted that, contrary to Obama’s hopes, the financial boon brought by the deal did not encourage Tehran to focus on domestic economic development. Instead they channeled the money into expanding their power in Syria. Should the Republicans retain control of the Senate as expected, they might be able to act as a brake on an early relaxation of sanctions.

Two other important questions remain open. Will Biden seek to expand Obama’s deal to include missile development – the delivery system for a nuclear weapon – a critical factor stressed by Israel? And, what if any linkage will Biden make between the nuclear issue and Iran’s efforts to expand its power by destabilising the region and supporting terrorism? Answers to these questions will be of critical importance to US-Israeli relations and to the stability of the Middle East more generally.

While the theatrics of Biden and Netanyahu’s personal relationship may engage the attention of media pundits, policymakers will be more concerned about Iran.