Fathom > November 2020 > Symposium: Biden and Israel | ‘There is simply too much damage to repair around the world. The Israelis and the Palestinians will be left largely on their own’

Symposium: Biden and Israel | ‘There is simply too much damage to repair around the world. The Israelis and the Palestinians will be left largely on their own’ 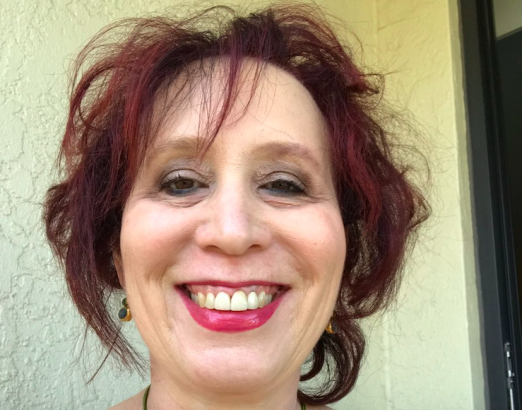 A Biden/Harris administration will seek to return foreign policy to the Obama track, but the Israeli-Palestinian conflict will be a long way from the top of their ‘to do’ list.

Israel’s Prime Minister Benjamin Netanyahu was not among the first batch of world leaders to congratulate President-elect Joe Biden. For Bibi, it could have been the dissonance in his own streets holding him back. The Saturday night demonstrations of tens of thousands of Israelis demanding that Bibi resign have been going for 21 weeks now. And they quickly shifted their message on 7 November, invoking Trump’s loss to suggest that Bibi should go too. Also, his fear of angering Donald Trump is as palpable as his dream of getting one more present from the US president before he leaves the White House.

It’s clear that Israel, with its right-wing government, will no longer have a free ride. Gone will be endorsement of the settlement project, the Trump Deal of the Century will rightfully die, and the Evangelical embrace of both a US administration and an Israeli government will have to go elsewhere to secure its rapture. Bibi’s errand boy, the Israeli Ambassador to the US Ron Dermer, will have his all access pass to the White House revoked. The ambassador slated to replace him, Likudnik Gilad Erdan, possesses none of the political skills or insight necessary to play successfully in a Biden/Harris Washington. Frankly, Erdan’s appointment is a truly awful one in this new political era.

A Biden/Harris administration will return Israeli foreign policy to the Obama track. Vice-president elect Kamala Harris gave an interview to The Arab American, a Dearborn, Michigan based newspaper, during the campaign saying: ‘Joe and I also believe in the worth and value of every Palestinian and every Israeli and we will work to ensure that Palestinians and Israelis enjoy equal measures of freedom, security, prosperity and democracy. We are committed to a two-state solution, and we will oppose any unilateral steps that undermine that goal. We will also oppose annexation and settlement expansion. And we will take immediate steps to restore economic and humanitarian assistance to the Palestinian people, address the ongoing humanitarian crisis in Gaza, reopen the US consulate in East Jerusalem and work to reopen the PLO mission in Washington.’

Likely, they will demand some concessions for this from the Palestinians – like the Palestinian Authority ending payments to prisoners and their families, renewing security ties with the IDF and taking the Israeli tax money they are owed, but have been refusing to take due to their anger over proposed annexation. But, the US Embassy will remain in Jerusalem and the agreements with the UAE and Bahrain will be maintained.

Biden has said he will renew negotiations with Iran and it’s likely, too, that in the spirit of repairing multilateral ties with allies, Biden will join with the Europeans to support efforts toward two states.

But, he won’t do a whole lot more than this. He won’t have time or bandwidth. Nor will his State Department. There is simply too much damage to repair around the world, from China, to Russia, to NATO, to Europe, to multilateral agreements. He’ll even have to repair our relationship with Canada – Canada!!

This means that the Israelis and the Palestinians will be left largely on their own. Bibi’s government will be consumed with his trial, set to begin early in the new year, just around the time that Biden is inaugurated. Pressure from the Israeli street will continue to grow to depose Netanyahu, but so far the issues of the occupation and the Palestinians haven’t been been raised by these protests.

The situation for the Palestinians has gotten worse with the combined plague of Trump and COVID-19. The Palestinian leadership needs to seriously rethink its strategy. This means ending a faux reliance on BDS, reaching out the Gulf, and reaching out to the Israeli people.

American Jews voted 4-1 for Biden/Harris, the largest vote for a Democratic ticket in decades. The American Jewish community is officially divided between religious right-wing Jews and the rest of us. Biden has overwhelming support from 77 per cent of American Jews, but Israel was not the issue on which they voted. They voted on COVID-19, the economy, civil rights and liberties. Israel was far down the list.

Still, for Israel, there is repair work to be done with American Jewry. The Trump-Bibi alliance was poisonous for the relationship between most of American Jewry and Israel. Israel found itself advancing a strategy created by Dermer, with outreach to evangelical and right-wing Christians being prioritised at the expense of most American Jews and our liberal values. Dermer’s assertion is that we will disappear. Well, he’s wrong, but the damage done to the alliance between the plurality of American Jewry and Israel has been severe.

Netanyahu so identifies with Trump that his twitter feed, up until at least the Sunday after the US election, includes a ribbon banner with him sitting by Trump’s side in the White House. What other world leader would publicise their alliance with Trump in this brazen manner?

Bibi has bragged about his decades-long friendship with Biden. That’s true, but Biden has been burned by Bibi. I remember being in Jerusalem in 2010 when then Vice President Biden was there and Bibi announced a build out of 1600 new housing units for Ramat Shlomo, a Haredi neighbourhood built on the seam line between East and West Jerusalem and into East Jerusalem. Biden was furious and left Israel early.

Perhaps a Biden-like figure, or someone to his left, will emerge from the Israeli anti-Bibi fervor on the streets from these past few months to lead Israel from its own Trump-like universe. Until then, the relationship between Israel and America and its people is in need of much repair.