Fathom > November 2020 > Symposium: Biden and Israel | The Abraham Accords shattered a policy paralysis and a cycle of failed mediation and negotiations that has lasted for a century. Biden should not retreat to Kerry’s failed paradigm

Symposium: Biden and Israel | The Abraham Accords shattered a policy paralysis and a cycle of failed mediation and negotiations that has lasted for a century. Biden should not retreat to Kerry’s failed paradigm 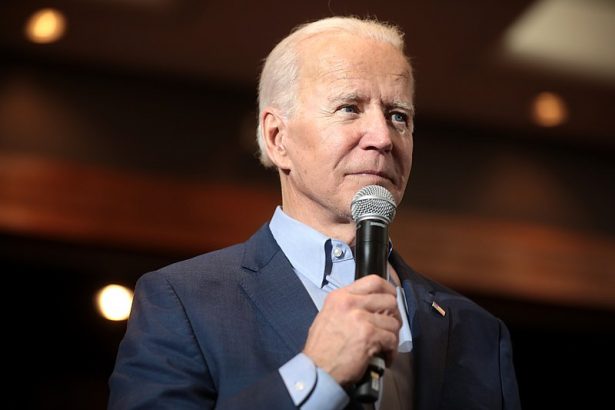 Trump’s decision to upend the failed foreign policy establishment orthodoxy about the Middle East Peace Process is being proven correct. It would be a tragedy if Biden tried to reboot it, writes Alex Ryvchin.

The view that the Arab world would be at war with Israel until the Palestinians were satisfied and that no separate peace agreements were possible, had seemed an unalterable truth in the foreign policy establishment. To challenge this orthodoxy was to raise the derision and scorn of seasoned diplomats.

Addressing the US House Foreign Affairs Subcommittee on the Middle East, North Africa, and International Terrorism, Mara Rudman, a foreign policy advisor in the Clinton and Obama administrations dismissed the Trump administration’s approach to peacemaking as ‘a textbook on how to fail on Middle East peace’, asserting that ‘the conflict between Palestinians and Israelis must be resolved to fully realise the cooperation possible between Israel and Arab states.’

President Obama’s Secretary of State, John Kerry was even more hubristic in his assertions that a wider Arab-Israeli peace was irrevocably bound up in the Israeli-Palestinian issue. He told the Saban Forum in 2016:

Kerry had hoped to reinforce a situation that he favoured through the sheer boldness of his assertions. The possibility that the Arab world might be fatigued with the Palestinian issue and might seek to prioritise its own economic and security interests was not one Kerry was willing to entertain. To do so, would upend conventional wisdom in the Washington and European foreign policy establishments that placed the Palestinian issue not only at the heart of the Arab-Israeli conflict but, for decades, considered it to be a leading source of Islamic radicalisation throughout the world. In November 2015, after ISIS terror attacks in Paris killed 130 people, the Swedish Foreign Minister Margot Wallström even went so far as to attribute the attack to the plight of the Palestinians which, she asserted, compels Muslim sympathisers to ‘resort to violence.’

This arrangement only reinforced Palestinian assertions that the conflict with Israel was not  a territorial dispute between rival claimants to be resolved through good faith negotiations, but a matter of pan-Arab pride and Islamic duty. This internationalised the conflict, resulting in an Arab boycott of companies that traded with Israel, three invasions of the Jewish State, and the harnessing of collective Arab influence to seek Israel’s international isolation in multinational forums and in civil society, all in the name of Palestinian solidarity.

But while Israel emerged stronger through these travails, making it an increasingly desirable partner for peace and economic cooperation, the Arab world suffered from it, remaining mired in sectarianism and stagnation.

Sudan’s announcement of normalisation with Israel is perhaps the most significant blow to the ‘Kerry Strategy’ of Israeli-Palestinian peacemaking by dangling the carrot of Arab normalisation while prodding Israel with hostile actions like the passage of UN Security Council Resolution 2344 and urging unilateral concessions to the Palestinians in the hope of coaxing them back to the table.

Sudan has been a recent hostile participant in the conflict, as a partner in Iranian weapons smuggling operations to Gaza. Sudan is also replete with symbolism. It was in Khartoum in 1967 that the Arab League infamously adopted the gold standard of anti-normalisation at the behest of the Palestinians, pledging no peace with Israel, no recognition of Israel and no negotiations with Israel.

A senior Sudanese official captured the irritation felt in capitals across the region from making economic progress and regional harmony subordinate to the Palestinian agenda. A mood long felt, long whispered but now freely expressed with no blowback from that supposedly tempestuous, irascible creature known as the ‘Arab street’. ‘The Palestinians are angry?’ the Sudanese official charged. ‘When any Palestinian refugee camp in Lebanon is in better shape than Sudan? The days when the Palestinian problem was dumped on Sudan are over. We are working for the future of Sudan and our children and grandchildren.’

The signing of the Abraham Accord and the reframing of the Arab-Israeli conflict as a localised dispute between Israelis and Palestinians has shattered a policy paralysis and a cycle of failed mediation and negotiations that has lasted for a century. It hasn’t yet yielded a ‘circuit-breaker’ effect on the Israeli-Palestinian impasse, but it has made the region safer and caused a sincere outpouring of goodwill between Jews and Arabs around the world. The merits of this in terms of regional stability, human progress and peaceful relations between peoples and nations cannot be underestimated.

Though critics of Donald Trump are reluctant to give any credit to a man who they consider to be uniquely flawed, if his successor were to seek to freeze further peace agreements until there was progress towards a Palestinian state, the peoples of the region would be poorer for it.