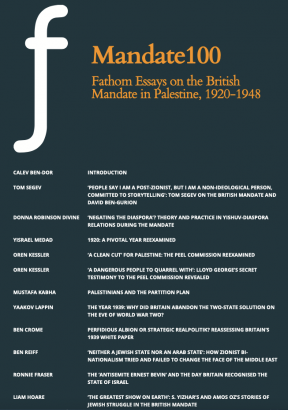 Fathom has published a new eBook to mark the 100th anniversary of the beginning of the British Mandate, which you can DOWNLOAD HERE.

The eBook begins with an interview with Tom Segev, the distinguished journalist and historian and author of One Palestine Complete: Jews and Arabs under the British Mandate and A State at Any Cost: The Life of David Ben-Gurion. Segev argues that the Mandate period contributed significantly to the creation of the State of Israel. ‘It was under its auspices that the Zionist movement was able to bring in hundreds of thousands of Jews and lay the political, economic, social, military and, most importantly, cultural infrastructure necessary for Israel to exist.’

Professor Donna Robinson Divine describes the relationship between the Yishuv and the Diaspora in the years of the Mandate. In ‘Negating the Diaspora’? Theory and Practice in Yishuv- Diaspora Relations during the Mandate she rejects the notion that one was simply ‘negated’ by the other, directing our attention to the ‘wrenching tensions and productive partnerships’ which formed the complex and evolving relationship between Jews in Palestine and those in the Diaspora.

Yisrael Medad examines 1920, a year he calls ‘pivotal’. Medad writes that ‘It was the year in which the administration of Palestine was entrusted to a Mandatory power responsible for fulfilling the Balfour Declaration; the year in which the civilian British administration replaced an oppressive five-century long Ottoman Empire rule as well as two-and-a-half years of British military government; and the year when the first politically-instigated Arab anti-Zionist riots broke out in Jerusalem.’

In the first of two essays, Oren Kessler, author of the forthcoming book Fire Before Dawn: The First Palestinian Revolt and the Struggle for the Holy Land, focuses on the 1937 Peel Commission. ‘A Clean Cut’ for Palestine: The Peel Commission Reexamined’ assesses why the commission decided that only partition had any chance of forestalling a descent into near-permanent conflict.

Kessler’s second essay, ‘A dangerous people to quarrel with’, reveals the secret 1937 testimony given by David Lloyd George to the Peel Commission. Lloyd George had been prime minister during the Balfour Declaration, and was one of nearly 60 witnesses whom the panel heard in private, and whose testimonies have been kept secret for eight decades.

Between 1937 and 1939 the British government conducted a dramatic policy shift in its Mandate policy. Using documents in the National Archive, including German documents photographed and sent to Whitehall by an American spy, Yaakov Lappin looks at why Britain reversed policy and abandoned partition, or what we now call the two state solution, and imposed strict limits on Jewish immigration to Palestine in 1939.

The Palestinian-Arab perspective on the Balfour Declaration, Peel Commission, White Paper, and 1947 UN partition resolution often suffers from broad generalisations. In his essay Palestinians and the Partition Plan, Professor Mustafa Kabha seeks to present the Palestinian side in its complexity, demonstrating the variety of interests and positions which characterised the different groups within Palestinian-Arab society.

One alternative to partition was the creation of a binational Jewish-Arab state in Palestine. In a penetrating study that draws on extensive archival research, Ben Reiff asks why the small but vociferous Zionist minority that sought to establish such a state through agreement with Palestine’s Arab population failed so comprehensively.

Ronnie Fraser’s essay, ‘Ernest Bevin and the day Britain recognised the State of Israel’ reveals a confidential document describing a meeting between the British foreign secretary and Joseph Linton, Israel’s Consul-General in London, on 29 January 1949.

In ‘The Greatest Show on Earth: S. Yizhar’s and Amos Oz’s Stories of Jewish Struggle in the British Mandate,’ Liam Hoare looks back at the novels and stories about these years left by S. Yizhar, often called the founding father of Israeli literature, and Amos Oz, whom Jonathan Freedland described as the ‘last best voice’ of the hopes cherished at Israel’s founding.

By Fathom Editors
Fathom has published a new eBook to mark the 100th anniversary of the Balfour Declaration,... Read more > August 2020 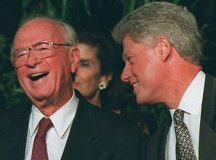 Rabin eBook | A statesman not a politician:...

By Uri Dromi
This piece is from Fathom’s eBook The Life and Legacy of Yitzhak Rabin, which can... Read more > August 2020 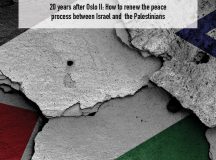 By Fathom Editors
To mark the 20th anniversary of the Oslo II agreement, Fathom has published an eBook –... Read more > August 2020