Fathom > February 2022 > After Soleimani, is Iran losing control of its proxies?

After Soleimani, is Iran losing control of its proxies? 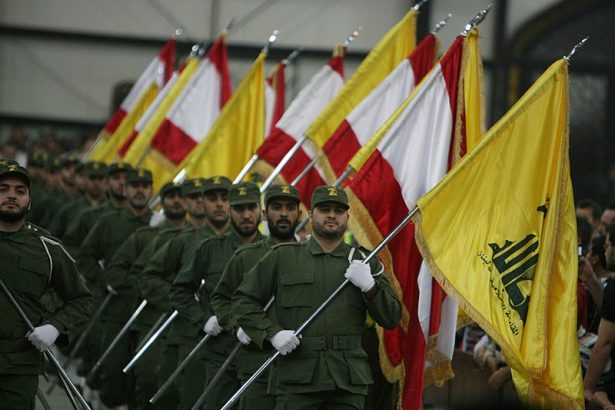 Hezbollah fighters at a ceremony. Wikimedia.

The recent Houthi attack on strategic targets in the UAE has once again raised the issue of Iranian proxies. While some have argued that this attack is another indication that Iran is using the Houthis to pursue its own interests, Danny Citrinowicz argues that the event should lead us to question the amount of control Iran has over its proxies, and whether the relationship is as one-dimensional as we think.

If there is one significant achievement that can be credited to Qassem Soleimani, it is the construction of the Iranian ‘proxy system’. Iran of course, even before Soleimani and the Quds force era, extended help to Shiite communities around the world, but the man who upgraded the concept of using Proxies in pursuit of Iran’s interests and worked hard for their success was Soleimani.

It seems that Soleimani was quick to realise that Iran’s shortcomings could be exploited. Soleimani used Iran’s logistical capabilities and its advanced military industry with the aim of building, maintaining, and deepening ties between Iran and any organisation (mostly Shiite but not only) willing to contribute to Iran aims.

By doing so, Iran benefits from all worlds – it pushes the danger of war away from its borders; helps allies working in the Iranian interest; forces its enemies to become absorbed in in the war against the proxies (and not against Iran directly), and, especially, does not pay the price for the activities of those proxies. For example, in the case of Israel’s conflict with Hezbollah or Hamas, or in the case of the struggle between US forces and Iraq’s Shiite militias, as well as the war between the Saudis and the Houthis, These countries worked to ‘punish’ the proxies, but not the sponsor (Iran), possibly for fear of unleashing a dynamic that deteriorates into war.

Soleimani is also the man responsible for turning these proxies from ‘regular’ terrorist organisations into organisations with strategic capabilities with military might. Iran has sent advanced SSM’s, SAM’s and CDCM’s systems to these organisations along with huge amounts of conventional weapons. In recent years, there has been growing concern about the growing ‘accuracy’ trend – meaning striking capabilities – of these organisations, along with the unprecedented employing of the UAV system in a way that significantly upgrades the offensive capability of those organisations. The use of UAV’s by the Houthis in their war against Saudi Arabia and the UAE, the attack of Iraqi Shia militias against the Al-Tanf base in Syria and the use of drones by Hamas, let alone the arsenal that Hezbollah has of UAV’s, are stark examples of the vast use of UAV’s by the Iranian proxies.

Soleimani’s achievement is also significant because these are not homogeneous organisations that are ideologically linked to Tehran. For example, Hamas is the Palestinian wing of the Muslim Brotherhood, while the Houthis, despite being Shiites, come from another religious faction that differs from the one followed by the leadership in Tehran.

Thus, these organisations have become a real strategic danger that threatens most countries in the region. Moreover, in parallel with their military build-ups, the various organisations have deepened their activities in the political arena, on the assumption that the stronger they are politically, the less is the chance of their military power being threatened domestically.

As far as Iran is concerned, the power of these organisations will inevitably strengthen its own deterrence, since instead of waging a war against Iran directly, the attacker will have to cross the ‘Iranian defensive belt’ stretching from Lebanon, through Syria, and of course Yemen. Therefore, one of the things that discourages countries from attacking Iran is not only the Iranian response but also the response of its proxies.

But in recent years and even more so in the past year, there have been significant changes regarding the relationship between Iran and it’s proxies that directly affect how the threat is handled.

Generally, it seems that more and more events ‘organised’ by those proxies contradict Iranian interests. Examples include the attempted assassination of the Iraqi prime minister, which Iran did not appear to support, and some of the activities of the Houthis which cut across Iranian efforts to get close to Abu-Dhabi. Although Iran supplied the weapons and the know-how, it is increasingly doubtful that Iran is actually pushing for its proxies to carry out such actions.

The main changes that have allowed the proxies to (sometimes) slip the Iranian leash include the following:

Prospects for an effective response

Recently, Israeli Prime Minister Naftali Bennett spoke of the need to ‘hit the head of the snake’ i.e., Iran. However, this may push the proxies to defend Iran in a way that will lead to possible military escalation.

Anyone who seeks to weaken the unique structure that Soleimani established will sooner or later have to face Hezbollah. As mentioned above, the organisation’s fingerprints are found throughout the Middle East, and the operational knowledge it has acquired over the years in the struggles against Israel and Syria is now being used to significantly improve the capabilities of other proxies.

Iranian proxies provide a threat to a large number of countries in the Middle East. Israel, Saudi Arabia, Bahrain and the UAE have been on their target list for years. The only way to cope with the Iranian Threat Network (ITN) is to build a network that is compromised from these countries that will be able to counter the activities of the proxies (counter proxy network). This network needs to cooperate with the United States and the UK in order to build a joint and comprehensive campaign that will counter the Iranian network. This campaign against these affiliates cannot focus solely on the military side (since an attack today on Hezbollah or Hamas will immediately lead to an escalation and even a war). Better may be a campaign against the enabling infrastructure (economic, civilian, political) to weaken the proxies and curtail their activities. For example, the outlawing of Hezbollah’s most important economic institution in Saudi Arabia, Qard elHassan, is not the only action that can taken against it, and in the context it is correct to mention the obscure activity of hackers against the institution. If other relevant countries also act against Qard elHassan, it will have a significant effect on its ability to aid the other proxies. There is also much to be done in the areas of civilian infrastructure, political activities and stopping the military and economic aid to these proxies. But only joint actions will have an impact. Joint intelligence pictures and combined diplomatic, military and other actions can make a difference.

As far as Israel is concerned, these changes sharpen the danger of deteriorating into a regional war, expanding the arena of confrontation with Hezbollah far beyond the borders of the Lebanese state.

Bottom line: Soleimani is dead, but his legacy of the network of ‘Iranian envoys’ is alive and kicking. Iran continues to help its proxies in the Middle East after Soleimani’s assassination. But it seems that the loss of Soleimani and the arrival of his replacement has changed the hierarchical structure of the network, greatly strengthening Hezbollah’s status as a central component of the network, and reducing somewhat Iran’s ability to influence the proxies, even though it continues to help members of the network militarily. We must bear in mind that the various developments indicate that any campaign against one of the components of the axis will inevitably lead to a response from the rest of its components, while any ‘punitive’ action against Iran would inevitably lead to a response not only from Iran but also from the other components of the network. 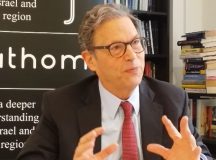 By Jonathan Paris
Jonathan Paris argues that we underestimate the determination and the capacity of the Iranian regime... Read more > February 2022 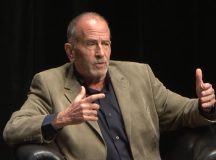 Israel and the Soleimani assassination

By Yossi Alpher
In 1979, as the Mossad’s chief Iran analyst, Yossi Alpher discussed with the head of... Read more > February 2022 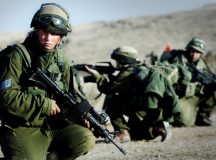 By Yaakov Lappin
Yaakov Lappin is a Research Associate at the Begin-Sadat Center for Strategic Studies, and a... Read more > February 2022 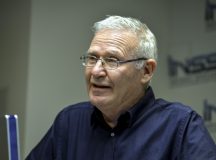 By Amos Yadlin
Speaking at a private forum in late 2018, Director of the Institute for National Security... Read more > February 2022