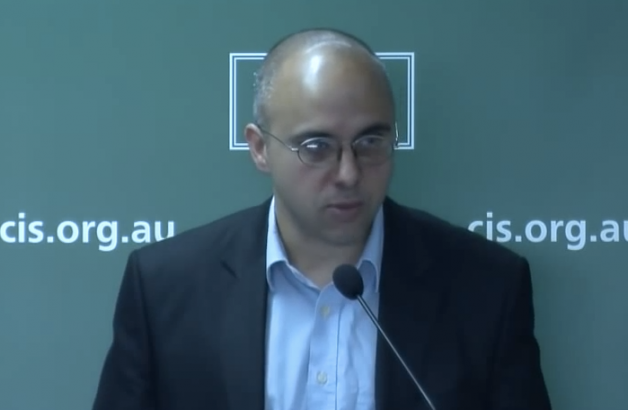 Alan Johnson: There have been three military operations in Gaza since 2008. Not just Israelis and Gazans, but the international community are increasing vocal in saying we need to avoid a fourth round if possible.  Udi Dekel and Shlomo Brom of the Institute for National Security Studies (INSS) have proposed the policy of: ‘reconstruction for demilitarisation’. What is your general assessment of the broad approach taken in the Dekel and Brom paper?

Jonathan Spyer: The paper accepts that the implementation of demilitarisation will be limited. But it also proposes a list of immediate steps that Israel should take in order to help get the process started. These include the opening of crossings into Gaza, allowing steps for economic recovery, payment of salaries, and so on. Unless I have misunderstood something, this sounds to me like a plan for reconstructing Gaza with Israeli assistance, under continued Hamas rule, in return for nothing, in the hope that it will create an environment in which Hamas will agree to demilitarisation. If that is the idea then I think it’s a very bad idea.

My basic problem with this approach is that the intention is to demilitarise Gaza and to ensure the return of the Palestinian Authority (PA) but not to forcibly remove Hamas from power. But Hamas can say, ‘Well, that’s all very well, but we’re the ruling authority in Gaza. You can give us all the incentives you want, we’ll happily take them, but we’re not leaving power.’ I’m not quite sure how the plan gets beyond that.

What worries me slightly is the kind of thinking which may be behind this plan – a view of Hamas which regards them as a pragmatic organisation, which they’re certainly not. The result of that will be concessions to Hamas in return for nothing. If this approach places conditions on Hamas, and demands reciprocation from Hamas then this is pointless as Hamas will not agree to reciprocate and we’ll carry on pretty much as we are. I didn’t fall off my chair in enthusiasm for this plan.

AJ: There will be people who are persuaded by you, but then have this question: ‘So what do we do?’ If it isn’t possible to get an internationally co-ordinated package to reconstruct Gaza in return for demilitarisation, and Israel is not willing to re-occupy Gaza, then what next?

JS: There are really only two realistic options available to Israel. First, the destruction of the Hamas regime and the re-occupation of Gaza. That means the re-creation of the Civil Administration. The PA would be in no position to move in and receive Gaza on a silver platter from the Golani Brigade; that’s an unimaginable scenario. It could take a year or so of guerrilla warfare. It’s a non-starter for many reasons.

Second, we are left with what Israel is trying to do, which is to construct deterrence against the Hamas authority in Gaza. This is a messy situation. But the attempt to rebuild deterrence and the desire to stay out of any binding understanding, so that Israel’s hands are not tied if it feels it needs to continue defending itself, seems to me the only realistic option.

It’s not nice. And it’s not a solution to continued rocket fire either. But look, relations with Hamas are going to carry on being relations of ongoing conflict. Unless and until somebody can come up with a way of grasping the nettle, saying ‘here’s how we take this entity out of existence and replace it with the PA’, I don’t quite see a realistic alternative. I’m not convinced that this plan gives us that mechanism. How do you get Hamas to consign its Gaza authority to oblivion and become a junior partner to Abu Mazen of its own free will? I don’t think that the authors, with great respect for both of them and their work, have provided an answer.

AJ: One participant in the symposium puts forward the idea of a ‘new quartet’ of Israel, Jordan, Egypt and the PA, with support from America and the EU, to ‘gang up’ on Hamas and make them see that there is such a swathe of international and regional opinion that wants to see the PA restored to the Strip and demilitarisation, that it will be politically impossible for Hamas to object to it.  Do you think that idea is naive?

JS: It’s possible, as Udi and Shlomo note in their paper, that Hamas will have to accept some limited PA presence on the crossings in return for the crossings being opened – which they certainly want. Sisi is deeply hostile to Hamas, and it’s not unimaginable that the Rafah crossing could open and the PA could be inserted. But that is not the only issue. The issue is how to get Hamas to divest itself of being the real authority on the ground in Gaza; I’m not sure that can be done only through carrots. I think there would need to be sticks, and I don’t see quite what the stick’s going to be unless somebody is prepared to take the Hamas authority out of existence.

Of course, one could say economic pressure could be effective – Hamas is in a dreadful state economically, it is isolated diplomatically and has been on the losing side in terms of regional alliances in the last two years. All that is well and good, but we have to get Hamasto think that. Hamas could turn round and say, ‘we still have Qatar, we still have Iran, we’ve got improved relations with Iran as a result of what’s just taken place’ – which they probably have – ‘therefore, we prefer to try and keep the resistance going.’

If the mechanism to secure Hamas compliance – and it is mentioned in the paper – is that Hamas will find itself the subject of popular unrest, then let’s wait and see. I’m not holding my breath with regard to that. One of the few things that Hamas is good at is repression, and if popular unrest does happen Hamas will manage to keep it on a fairly low flame. Of course if it does happen, I’d be very happy.

If the PA forces take over Rafah, goods start coming in, and people start to think, ‘wouldn’t it be better to be like Ramallah?’ and  there is popular unrest and Hamas is forced to step down, and Abu Mazen comes back with the support of the people of Gaza, then very good. But I think that’s quite unlikely.

I don’t object to the idea of us wanting that, and certainly if there is a way in which Israel can co-operate with Jordan, Egypt and the PA to d make that happen – very good. I simply think it probably won’t happen

The problem with some of the thinking here is that there is a tendency to think that the other side is not serious about what it wants, and that they’re just looking for a chance to become reasonable and become like us. That’s the ‘thought’ mistake at the root of some of these policy options.

Hamas holds cards also, and it will wish to maintain its sovereignty in the Gaza Strip. Also, we shouldn’t assume that we have Hamas on its knees. If we do, then all well and good, but we don’t. The reason we don’t is because we – and that’s the international community, not only Israel – don’t want to pay the price that it would really take to put Hamas on its knees; which is the physical removal and destruction of the Hamas authority in Gaza. Nobody wants to do that. But if we don’t, then we’re probably going to have to accept a reality in which that Hamas entity still exists. The idea that we can induce it into non-existence is probably overly optimistic.

AJ: One of the points you are making again and again is that the problem with this paper is that it misses something about the nature of Hamas. What is being missed?

JS: The assumption behind this thinking is that Hamas is a pragmatic organisation which is looking to be drawn into normalisation and become part of a political process. That type of thinking has been with us for a long time. I know Shlomo and Udi have dealt closely with Hamas in the past and certainly have an enormous amount of experience with the organisation, and I am not in any way trying to say that they don’t know what they’re talking about; they know a great deal, but they can still be mistaken. It’s a common mistake, which we’ve often made in the past: that is, assuming that the other side wants what we would want if we were them.

To some degree, it is a type of mistake which our military establishment, for some reason, seems to be prone to. That’s what they thought about Bashar al-Assad as well. That’s why they were lobbying for territorial concessions to him, to turn him into a rational actor. As it turned out, he wanted something entirely different. With Morsi in Egypt it was the same thing, ‘let’s find ways to make him into a normal actor.’ Turns out he wanted something entirely different. Hamas are also people who want something entirely different. What they want is victory – the victory of the resistance bloc, and the defeat and destruction of their enemy, which is us. We should be aware of that, and I think we should be building policy on the assumption that they might just mean what they say.