by Ziad Darwish
BACK 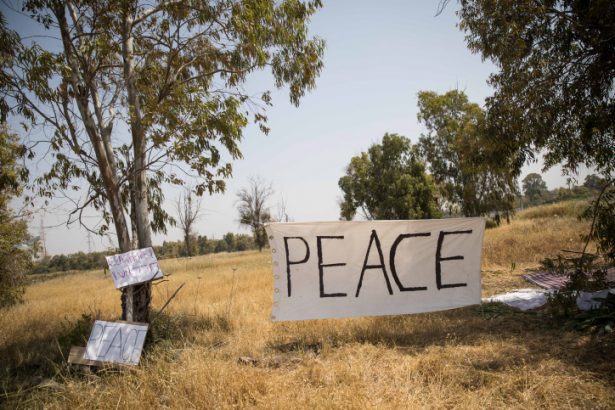 A Peace sign hangs in a field on the border with Gaza as thousands of Palestinians demonstrate near the border, 6 April 2018. Photo by Hadas Parush. Flash90.

Dr Ziad Darwish is a member of The Palestinian Committee for Interaction with Israeli Society – PLO (PCIIS). A founder of Palestinian Broadcasting Corporation (PBC) and a professor of media with a Ph.D. in Mass Communications, he lives in Ramallah. In this stimulating essay, Ziad argues that contrary to current thinking in Washington, the Palestinians have acted in good faith as a partner for peace. ‘Peace is only possible between equal partners, not between an occupier and the occupied,’ Zaid argues, so it is up to Israel to make the first steps toward building a lasting peace between to the two sides.

America is not an honest broker

For years, the Palestinian leadership has engaged in good faith with the US administration, providing the American team with a stream of presentations and briefings as well as responding to their many inquiries. Our US counterparts know well the efforts invested by the Palestinian side in terms of developing proposals and encouraging regional initiatives.

However, today, instead of treating the Palestinians with fairness and acting as an honest broker, President Donald Trump has chosen a game of blame. His statements against the Palestinian people have encouraged Israel to continue its violations of international law and to consolidate its occupation regime. Trump has asserted that by recognising Jerusalem as Israel’s capital, he aimed at taking Jerusalem, a final status issue to be negotiated, ‘off the table’. Now, with his threat to the UN Relief and Works Agency for Palestine Refugees in the Near East (UNRWA) funding, he has raised the spectre of Palestinian children starving in refugee camps, denied their rights to health and education unless the Palestinian leadership endorse his terms and dictates. A pattern is emerging. While Congress has been threatening to cut Palestinian aid, the US State Department decided to move towards closing the Palestine Liberation Organsiation’s (PLO) Washington mission. Then the recognition came of Jerusalem as Israel’s capital.

Israel is not a partner for peace

Following the October 1973 Arab-Israeli War, Washington appeared more willing to address Palestinian grievances. Yet in the second period of the peace process, in the late 1980’s before the Oslo period, Washington sought to limit or undermine the participation of Palestinians in negotiations. Publicly, this was achieved by imposing requirements on the PLO to demonstrate its suitability as a negotiating partner. Washington insisted that the organisation accept UN Security Council resolutions 242 and 338 and recognise Israel. Privately, the US and Israel coordinated on negotiations and Washington agreed to support, if not defer to, Israel’s stance on the key issues. Thus, Washington required the PLO to make major concessions merely to participate in negotiations, without any guarantees that they would be successful. The secret agreements and coordination between the US and Israel served to ensure that any agreement would be at the expense of the Palestinians. So, the notion that the US is an ‘honest broker’ has no basis in historical reality.

The Palestinian leadership has come to a conclusion that they don’t have a partner in Israel. This Israeli government is the most extreme we have seen, and so we have sought to put pressure on Israel to end the occupation and to return to the negotiation table. Over several decades, the international community has encouraged a negotiated process leading to a two-state solution, addressing all final-status issues on the basis of relevant UN resolutions, international law and mutual agreements as the only way to lay the foundations for enduring peace. Without a partner, we have pursued other paths towards an independent state, including an internationalisation strategy that has seen Palestine join UN institutions and organisations. However, although Palestine has been recognised by 135 states, has acceded to treaties, and has been admitted to international organisations, Palestine’s statehood is still being challenged because it is not independent. Palestine remains occupied by Israel, but peace is only possible between equal partners, not between an occupier and the occupied. It is up to Israel to make the giant steps of (i) ceasing to build settlements and dismantling existing settlements while (ii) leaving the IDF in the occupied territory, and conducted the occupation strictly according to Geneva, and then (iii) declaring that it is willing to leave the territories on condition of a demilitarised Palestinian state based on the 1967 border and agreed exchange of land for some settlements near that border. If these steps are taken the Palestinians would then be able to come to the table.

Borders: There is no consensus about precisely where to draw the line. Generally, most believe the border would follow the 1949 Armistice lines, the lines that existed prior to the Arab-Israeli war that began on 4 June 1967. Since then, Israel has built settlements in the West Bank that have made it difficult to establish that line as the border of an independent Palestine. As time goes on, Israel’s accelerated building of settlements makes any future Palestinian state smaller, and breaks that state up into non-contiguous pieces. Israel’s construction of a separation wall along and within the West Bank has led many analysts to worry that Israel has create a de facto border.

Jerusalem: Both sides claim Jerusalem as their capital and consider it a centre of religious worship and cultural heritage. The two-state solution typically calls for dividing it into an Israeli West and a Palestinian East, but it is not easy to draw the line — Jewish, Muslim and Christian holy sites are on top of one another, and Israel has declared Jerusalem its ‘undivided capital,’ effectively annexing its eastern half, and has built up construction that entrenches Israeli control of the city.

Refugees: Large numbers of Palestinians fled or were expelled from their homes in what is now Israel, displaced to refugee camps in Arab countries, primarily during the 1948 Arab-Israeli war that came after Israel’s creation. They and their descendants now number five million and believe they deserve the right to return. The compromise solution espoused by the Palestinians would insist that Israel acknowledge both its responsibility for creating the refugee problem and the individual moral right of Palestinian refugees to return. But we recognise that, in view of the changed situation of the refugees over 70 years, and taking into account Israel’s claim that many returnees would end Jews’ demographic majority, the return of only a limited number would be feasible. Israel would pay both individual and collective compensation.

Settlements: By adopting resolution 2334 (2016) by 14 votes, with the US abstaining, the Security Council reaffirmed that Israel’s establishment of settlements in Palestinian territory occupied since 1967, including East Jerusalem, had no legal validity, constituting a flagrant violation under international law and a major obstacle to the vision of two states living side-by-side in peace and security, within internationally recognised borders. ‘The international community has told the people of Israel that the way to security and peace is not going to be through occupation … but rather through peace, ending the occupation and establishing a Palestinian state to live side by side with the state of Israel on the 1967 line,’ chief Palestinian negotiator Dr Saeb Erekat told Reuters news agency after UNSCR 2334 passed. By contrast, the office of Prime Minister Benjamin Netanyahu thundered, ‘Israel rejects this shameful anti-Israel resolution at the UN and will not abide by its terms.’

Some 530,000 Israeli settlers currently live in the West Bank and a further 250,000 Israelis live in occupied East Jerusalem, which the Palestinians see as the capital of their future state. Due to the dangerous radicalisation we are facing in our conflict, the importance of our continued efforts towards two nation states is essential, urgent and, yes, still viable. But it will not always be so: burying the two state idea will bury all chance of regional calm along with the chance of a brighter future for Israelis and Palestinians.

Can Israel be persuaded to once again support a two-state solution?

The current Israeli leadership, though it nominally supports a two-state solution, appears to oppose it in practice. Netanyahu, the Israeli prime minister since 2009, endorsed the two-state solution in a speech that year at Bar-Ilan University. But he has continued to expand West Bank settlements and, in 2015, said there would be ‘no withdrawals’ and ‘no concessions’. In addition, his fragile governing coalition relies on right-wing parties that are sceptical of, or flatly oppose, the two-state solution. Given this stalemate, in order to revive the peace process the Palestinian Authority plans to appeal to the UN Security Council to achieve international protection for the Palestinians and to recognise the State of Palestine as a full member of the UN.

Meanwhile a very important channel remains open between Palestinians and Israelis.  The Palestinian Committee for Interaction with Israeli Society (PCIIS) was formed following a decision by the Palestinian leadership on 4 December 2012. Its vision is a just and durable solution to the Middle East conflict through (i) the creation of the independent Palestinian state alongside Israel, on the basis of 4 June 1967 lines and (ii) reaching a just and agreed upon solution to the question of refugees based on UN Resolution 194. Its mission is to influence Israeli public opinion and mobilise more support for the principle of a two-state solution through the formation of pressure on decision-makers in Israel, urging them to adopt a serious policy that leads to an agreement with the Palestinian leadership. Peace on the basis of the two-state solution is still possible, but Israel is 70 and the occupation is 50: time is running out. 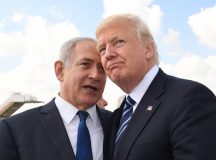 By Shalom Lipner
Shalom Lipner is a non-resident senior fellow at the Center for Middle East Policy at... Read more > April 2018 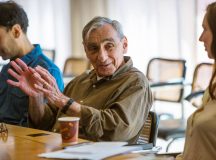 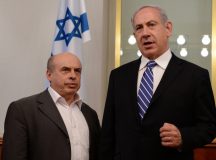 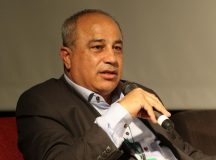