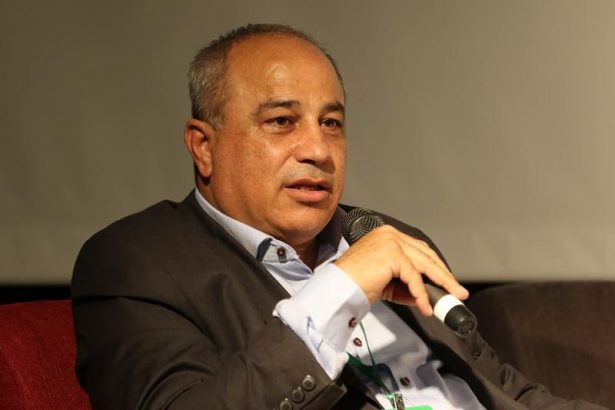 Mohammad Darawshe is Director of the Center for Shared Society at Givat Haviva Institute and also served as the Co-Executive Director of the Abraham Fund. He claims that what is at stake in Israel today is not just the status of Arab citizens, but the Declaration of Independence. If current trends continue, he argues, the Zionist project itself will be derailed. It’s time for new political alliance and for the minority to enter a governing coalition. He was talking to assistant editor Samuel Nurding.

Arab citizens have expressed their position in recent polls; they accept Israel’s right to exist, they insist the Arab citizens of Israel are here to stay, and they want to join the national conversation about the nature of the state. Is Israel the state of all Israelis or is it only the state of the Jewish people? At aged 70, the same age when Israelis collect their pensions, we can’t keep calling Israel the young democracy. It is well past time for Israel to determine its proper relationship with its national minority, the Arab citizens. That means the majority accepting its Arab citizens’ true status as a national minority and establishing with it a new alliance and a new governing coalition.

We are a collective

Israel, as a state, looks at its Arab citizens mostly as individuals who live in the country with individual rights, and not as a collective, as the Declaration of Independence viewed Arab citizens. But we are a collective, and we should be recognised as a national minority with a package of collective rights – we already have recognition of the Arabic language as an official language, exemption from military service, a parallel but separate Arab education system, and so on. And yet some are seeking to take the country in the opposite direction. The nationality bill currently being pushed through the Knesset seeks to reduce the collective status of Arab citizens to a more marginal and minor status. This is what we face after 70 years of contribution and citizenship!

More: the creation of the State of Israel was supposed to be accompanied by the creation of the Palestinian state, which did not happen. So instead of Israel’s Arabs celebrating Israel’s independence at aged 70, some are asking where is the missing half of the UN’s formula of 1947 – the independent Palestinian state that was to live in peace next to Israel. We feel further away from that state today than we were 70 years ago.

Of course, there are things to celebrate, from citizenship to the economic development of the state in general and of the Arab community specifically, as well as the improvements in education that mean the Arab community now makes up more than 16 per cent of the student population at universities and 23 per cent of the doctors in Israel’s hospitals. More: the government’s ‘922’ economic plan seeks to create an economic revolution in the Arab community over the next five years, reducing poverty and social inequality and starting to significantly integrate Arab citizens into certain sectors, from the police to the private sector, and civil service. But we are still fighting to change our status from an extension of the enemy, i.e. the Arab world surrounding Israel, to that of legitimate and equal citizens.

I am most proud to have been a part of the introduction of programmes over the last 15 years, which have challenged the separation that exists between Arabs and Jews in Israel. One is the cross-sector teacher programme, which has placed Arab teachers in Jewish schools and Jewish teachers in Arab schools. This is creating a slow revolution. Today we have 850 out of 6,000 schools participating in this programme. The project is endorsed by the Minister of Education and the government is paying the teachers. This is a huge accomplishment. It took us a few years to convince the Ministry of Education to act as a full partner and not rely solely on non-governmental organisations. Once the government took on the salaries it made the programme mainstream and much wider in scope.

Think of it from the point of view of the minority. If the two values are equal then the status of an Arab citizen is safe. If one is given preference, the Jewish over the democratic, then this raises the spectre of ours being a second class status. There have been a number of laws passed that put under question the democratic nature of Israel. We feel their impact. For example, the Acceptance Committees bill grants the power to more than 900 small Jewish towns to form acceptance committees to determine who can buy, rent or lease properties in these towns.

What is at stake is not just the status of Arab citizens, but of the Declaration of Independence. If current trends continue the Zionist project will be derailed. The original intention, I believe, was for Israel to be a democratic state and a liberal democracy and I still want to work with Israelis who maintain that approach. But unfortunately we are in a battle, a non-violent battle, but a battle, and we – Jews and Arabs who hold fast to the original vision – are losing ground, radical nationalists are winning.

You see, we are not leaving. Arab citizens were placed under military rule between 1948 and 1966. Whatever happens next, we will never abandon our homeland. Arab students who leave to gain their medicine or law degrees in Europe end up coming back to Israel. The sense of belonging and homeland is very strong in the Arab community. Where would we go? To neighbouring Arab countries to become refugees there? Why should I doom my children and grandchildren to be refugees for the next 70 or 700 years?

We need a new coalition and a new agenda

What we need to do is to build a strong coalition with Israeli-Jewish democratic forces to help them regain power. As we’re losing today we can win tomorrow. I do not mean that we, the Arab citizens win over Jewish citizens. I mean we, democratic citizens of this state, win together. Many things could be repaired if we had a government that cared more about the democratic nature of the state and less about the Jewish character of the state. There is every chance to reverse the situation through coalition-building, but what is happening instead is that many Arab politicians are surrendering to the right-wing by saying, in despair, ‘there is nowhere to find a middle ground’. So they start calling for the elimination of the Jewish nature of the state and propose instead a state of its citizens. This identity and narrative rhetoric only harms the relations between the two populations.

This trend within the Arab community is not going to help in finding a common ground, a ground on which to build a coalition, which is the strategy that the Arab community should follow. The Arab community, as polls show, is a very rational and pragmatic population, and it does not want to encourage a polarisation in Israeli politics. And I believe that the Israeli Jewish community is not at all 100 per cent behind this current government. The ‘Right bloc’ enjoys the support of about 55 per cent of the Israeli Jewish public, so it would only take approximately 10 per cent of them to return to sanity, which is very likely. Don’t forget, this right-wing government has supported measures of economic integration and that tells us that even the right-wing is not all far right-wing. Mainly because it also contains centrist parties like Kulanu, so even this coalition is far from being uniform.

The key problem is that we, the Arab citizens, have not established ourselves as political actors in Israeli decision-making. We are still marginal and that marginalisation comes from not knowing how to create proper partnerships and coalitions. If we increase our participation rate in Israeli elections, and we have an arm within our political groups that can engage in coalition-building in the Knesset, this will change our political role in the country, and will result with more serious progress.

We need a serious conversation about rights and responsibilities. We just completed a programme called ‘the road map for a shared society’. Most Arabs are not ready for military service yet; this is something that can be negotiated only after Israel ends its enemy relationship with its Palestinian neighbours. As long as the Israeli-Palestinian conflict is alive we should take the idea of military service for Arabs off the table. The same way as we should take issues of Israel’s identity, such as the flag and the national anthem off the table, which are not inclusive but exclusive symbols.

These are certain things about which now is not the right time to talk. Once we establish peace and security for Israel and stable borders – so we know who’s in and who’s out – and once we know which borders we need to defend, then we can talk about it. Right now, I don’t know which borders Israel has.

At 70, Israel still does not have a constitution that determines its relations with its Arab citizens. Once I know my status constitutionally, then I’m willing to talk about other issues. The Declaration of Independence has the right kind of notion but it does not have a legal standing, which means we cannot hold the institutions liable for not implementing the notion at the heart of the Declaration of Independence. The Knesset determines what the constitution is, the sovereign body in the country, and that’s where dialogue concerning Israeli-Arab citizens’ legal status should begin. But meanwhile dialogue can start at the community level, and on campuses.

By Yisrael Aumann
Yisrael Aumann is an Israeli-American mathematician and a professor at the Federmann Center for the... Read more > March 2018

By Einat Wilf with Shany Mor
Zionism and the State of Israel are unique examples of a movement of national liberation,... Read more > March 2018

By Yohanan Plesner
Yochanan Plesner, President of the Israel Democracy Institute, argues that in order for Israel to... Read more > March 2018