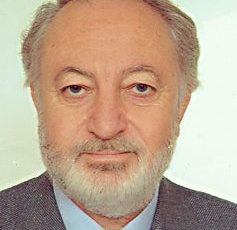 Ziad worked for several media companies as a producer, director and host. He was a founder of PBC (Palestinian Broadcasting Corporation). He is a professor of broadcast journalism and Head of Media at UN radio in Sudan and a trainer at Tunisian National radio, and a member of PCIIS (Palestinian Committee for Interaction with Israeli Society – PLO). He was Head of the Palestinian team of ‘Breaking the Ice’ – Palestinian-Israeli Peace mission to Antarctica, and was awarded a Sport Diplomacy Award in 2004 by SFGC (Search for Common Ground). He has a PhD degree in Mass Communication and is fluent in Arabic, Hebrew, English and Spanish.

By Ziad Darwish
Dr Ziad Darwish is a member of The Palestinian Committee for Interaction with Israeli Society – PLO (PCIIS).... Read more > April 2018