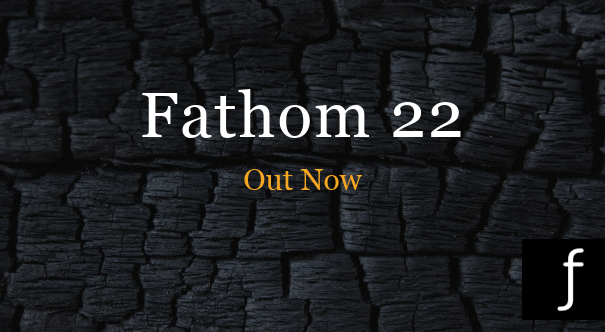 2018 was a year of strong growth for the journal. Site visits increased sharply and we welcomed our one-millionth visitor. While there is no room for complacency, we think this was because in an arena filled with megaphones and simplicities, Fathom retains a conversational tone and lets all the complexity in. So in 2019 we will continue to showcase expert writers from across all the political divides, Israeli and Palestinian, left, right and centre. And at a difficult political moment, our commitment to think creatively and collaboratively about the horizon of peace with security for both peoples will remain undimmed.

To open this quarter’s Fathom we feature three pieces: on security challenges to Israel, social changes in Israel and a cultural icon of Israel.

Amos Yadlin is the former head of IDF intelligence and now Executive Director of The Institute for National Security Studies (INSS). At a private Fathom forum in late 2018 he presented a compelling overview of the four threats facing Israel today, and assessed the ongoing challenge of the Russian presence in the Middle East.

Adam LeBor is the author of the acclaimed 2006 book City of Oranges: An Intimate History of Arabs and Jews in Jaffa. Now published in a new edition with a major new afterword, Fathom spoke to LeBor about his profoundly human take on the Israeli-Palestinian conflict, seen through the eyes of six families; three Arab and three Jewish, from the millennia-old port of Jaffa. Now part of Tel Aviv, Jaffa was once known as the ‘Bride of Palestine,’ one of the truly cosmopolitan cities of the Mediterranean. LeBor was by turns candid – ’Writing the book in 2006 was a great learning curve for me because I had very little knowledge of the complexity and sophistication of Arab society in Israel before 1948’ – and defiantly hopeful: ‘despite everything, Jaffa is still a place where Jews and Arabs live together. Peace is built from the bottom up, one person to another; it cannot be imposed from the top.’

Liam Hoare writes in praise of Amos Oz, the Israeli novelist and public intellectual who died on the 28th of December. Hoare reminds us that Oz ‘witnessed the birth of the State of Israel, fought twice to defend it, loved it even when he didn’t like it, and shaped its politics and its rich and ever-evolving language. From my desk I can see a half metre of paperback books bearing his name that will be a source of truth, beauty, and wisdom forever.’

Look out for new articles, essays, reviews and interviews, including:

John Lyndon of The Alliance for Middle East Peace (ALLMEP) on the need for long-term strategic peace thinking.

Gary Kent, back from the region, writes on the latest political developments in Kurdistan.

Philip Mendes, author of Jews and the Left: The Rise and Fall of a Political Alliance, argues that the BDS movement is poisoning academic discourse, and examines the case study of Henry Maitles and Critical and Radical Social Work.

James Sorene, BICOM CEO reviews Catch 67: The Left, the Right, and the Legacy of the Six-Day War by Micah Goodman. The book caused a stir in Israel and is now available in english.

Fathom editor Alan Johnson on Leon Trotsky vs. Antisemitism of Left and Right.

Joel Singer is the former Legal Adviser to the Israeli Foreign Ministry under the Rabin-Peres Government. He negotiated the Oslo Agreement and its implementing agreements with the PLO (1993-96). His insider’s account of Oslo appeared in Fathom in 2018. In this issue he reviews Preventing Palestine: A Political History from Camp David to Oslo, by Seth Anziska.

John Strawson delves into the archives to correct some misapprehensions about the Communist Party of Great Britain, the Labour Party and the creation of the State of Israel.

Gershon Baskin reflects on his experience of running a joint Israeli-Palestinian municipal list in Jerusalem in 2018.

Paul Iddon writes on why the genocide against the Yazidis was about more than ISIS.

The Fathom weekly email lets you know about new content at the site. If you don’t want to miss anything, sign up here.