Fathom > Autumn 2014 > Alongside or instead of Israel: which Palestine is the UN in solidarity with?

Alongside or instead of Israel: which Palestine is the UN in solidarity with?

by Einat Wilf with Shany Mor
BACK 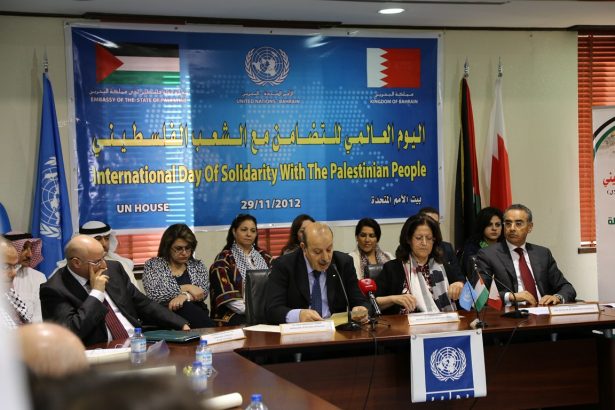 Only twice in history was the territory between the Jordan River and the Mediterranean officially called ‘Palestine,’ and neither was for an Arab or Muslim entity of any kind. The first related to the end of Jewish sovereignty over the land, and the second related to its prospective renewal.

The Roman Emperor Hadrian was the first to make official use of the name ‘Palestine’ or ‘Palestina’ to refer to the region between the Jordan River and the Mediterranean. To secure the end of Jewish resistance to the Roman Empire he not only quashed their revolt and forced them into exile, but he dismantled the Province of Judea, as it was called at the time, and renamed it Palestina. This name was taken from the writings of the Greek historian Herodotus, referring to the Biblical and Egyptian ‘Pleshet’ or land of the ‘Philistines’ on the southern coast (near present day Gaza). During the following centuries of Arab and Ottoman domination of the region it was no longer called Palestine but the southern part of ‘Al-Sham,’ or greater Syria (the territory claimed now by the Islamic State).

The only other political entity in the Middle East to bear the name Palestine was the British Mandate, constituted in 1920 by the League of Nations, for the express purpose of effecting ‘the establishment in Palestine of a national home for the Jewish people.’ The Mandate allowed Britain the option of cutting the territory east of the River Jordan out of the mandate for a Jewish national home, which it duly exercised two years later, with the creation of Transjordan, today’s Jordan. This step actually further serves to emphasize the connection between the name Palestine and the project of Jewish national liberation in the historic homeland of the Jewish people: land which was now closed to Jewish settlement no longer bore the name Palestine, and Palestine itself had – from that point in 1922 until the end of the mandate in 1948 – the borders that today encompass Israel, the West Bank, and the Gaza Stip. These borders are often referred to ‘historic Palestine’. Usually without mentioning that they are ‘historic’ only insofar as they lasted for barely three decades, were governed by a European superpower, and delimited as the future national home for the Jewish people.

In the years of the mandate, both Jews and Arabs in Palestine were referred to as Palestinians. There was a mass-circulation Arab daily called Falastin and a popular Jewish one called The Palestine Post. Jewish organisations as diverse as the Philharmonic and the fledgling Football League had the word Palestine in their names too.

Which future for Palestine?

Neither a restoration of Roman Palestine nor of British Palestine, however, is the intention of the International Day of Solidarity. Instead, its intended focus lies in the ambiguity between two other versions of Palestine, both potential states and both expressions of the self-determination of the Arab Palestinian people.

The first version of Palestine is the state that could emerge in the West Bank and Gaza Strip, those parts of Mandatory Palestine conquered by Arab armies in 1948 and subsequently by Israel in 1967. Nearly the entire international community supports the establishment of such a state, ideally as the outcome of peace negotiations with Israel. The establishment of a Palestinian Authority in 1994 following the Oslo Accords laid down the political infrastructure of such a future state: it already has a government, a flag and its own stamps and passports; before its leadership rejected a final status agreement and embarked on a suicidal (in every sense of the term) terror campaign in 2000.

The second Palestine is the one which most Palestinian activists speak about, and, if realised, it would mean the end of Israel as the sovereign state of the Jewish people. It would be an Arab state on the entire territory between the Jordan River and the Mediterranean Sea, and come into being by superseding and erasing the present State of Israel. The borders of such a Palestine can be seen in the logos of all the leading Palestinian organisations – ‘radical’ and ‘moderate’ alike. This is the Palestine of the demonstrators who chant, ‘From the River to the Sea, Palestine will be free.’ It is the Palestine that activists imagine when they demand ‘Justice for Palestine’, a code phrase for bringing an end to Israel as the sovereign state of the Jewish people – the injustice that those Palestinians seek still to correct. It is the Palestine to which the Arab refugees from the 1947-1949 war and their millions of descendants today demand to ‘return’ so that the Jewish people would no longer have a sovereign nation in which they are a majority. The fate of any Jewish minority left in such a Palestine would be even worse than that of Jewish minorities in other Arab countries in the past century, if only because the persecuted Jews of Iraq and Yemen and North Africa had the State of Israel to flee to.

These two versions of Palestine differ not just in their territorial ambitions, but in their essence. The first is a project of national liberation which would confer upon a currently stateless people the self-determination it should have attained more than half a century ago by the necessary acceptance of a parallel project of national liberation next door. The second is a project of national elimination, directed against the same neighbouring project, under the genuine belief that the most important goal is not the attainment of a state for the Palestinian people but the denial of one for the Jewish people.

Which Palestine does the International Day of Solidarity promote? The text of the original 1977 resolution, drafted in the era of automatic Soviet and Arab-backed majorities in the UN General Assembly and with references to the ‘inalienable rights of the Palestinian people including the right of return’ leaves little doubt as to the original intention. And the rhetoric of today’s activists is, if anything, even more menacing.

At the same time, the date chosen for the International Day of Solidarity, whatever the original intentions might have been, opens an option for a more constructive kind of solidarity. On 29 November 1947, the UN General Assembly voted to end the British Mandate over Palestine and replace it with two sovereign nation-states, one Arab and one Jewish – neither had a name yet. The Jews accepted this plan and endeavoured to build their state, which declared independence on the last day of the Mandate nearly six months later. The Arabs rejected partition and embarked on a war of extermination against the Jewish population of Palestine – and lost.

Perhaps, on this Day of Solidarity we can acknowledge the fact that this choice; not just the rejection of the specific partition plan of 29 November 1947, but the obsessive and violent rejection of Israel in any form, has been a terrible mistake. The world faces a choice: solidarity with liberation Palestine or with elimination Palestine. It must choose the former. 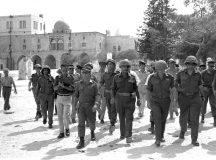 Israel and the Territories