Fathom > December 2019 > The UK Election 2019 | Britain has escaped political paralysis. To do the same, Israel must dislodge Netanyahu

The UK Election 2019 | Britain has escaped political paralysis. To do the same, Israel must dislodge Netanyahu 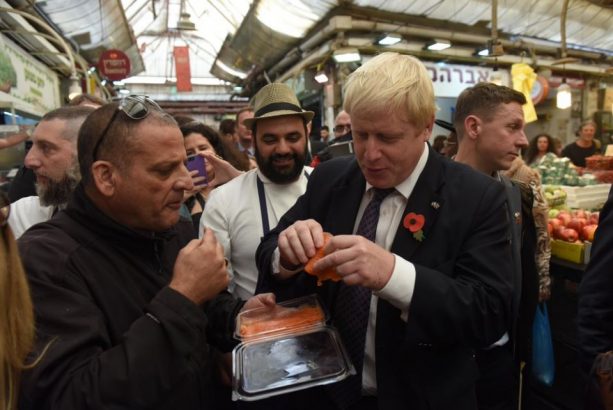 In 2019 both the UK and Israel have been politically paralysed. Like or loathe Boris Johnson, Thursday’s election gave Britain a functioning government, while delivering a much-deserved thrashing to Corbyn’s institutionally antisemitic Labour party in the process. If Israel’s democracy is to restore itself, Netanyahu must be dislodged.

Britain and Israel have faced parallel crises of political paralysis in recent times. Both countries have found themselves without the functioning parliamentary majorities necessary for effective governance. The outcome of the British election – like it or not – has demonstrated the remarkable capacity of the UK system to extricate itself from paralysis. Whether Israel will be able to do the same remains to be seen.

Something about participating directly in the late night counting of the individual ballot papers (I may be the only person to have done that in both Israeli and British elections this year), leaves a distinct impression on what elections are about, and mixed feelings about the outcomes.

The job of a democratic election is to translate the diverse hopes and interests of millions of people into a government with broad public legitimacy. Every ballot paper, or every petek (an Israel ballot paper), represents the considered and invested decision of a voter. There is no ideal way to amalgamate the distinct desires of millions of separate people into a single clear intent. ‘The will of the people’ is a myth. But it is a necessary myth, which translates those ballots, through its mystical power, into a government which combines the two necessary ingredients of political order: power and legitimacy.

It was in a 1947 House of Commons debate on Lords reform, in which then leader of the opposition Winston Churchill made one of his famous remarks on democracy:

The weaknesses of democracy as a system of government have been laid bare in Britain following its 2017 general election, as they have in Israel following its two 2019 general elections. In each case, for distinct sets of reasons, no party or coalition of parties has been able to muster the parliamentary majority necessary to govern. In both cases, the vacuum has been the source of public despair, and further damage to credibility and trust in political leadership.

This has taken place against the backdrop of startling polarisation seen across democratic societies – driven by complex underlying social divides, but exacerbated by social media, which has fragmented and eroded the ‘social commons’.

Like many others, I am less than thrilled with the result of the UK election. Both major parties waded far too deep into populist waters. Overwhelming political power has been granted to a Prime Minister who is one of the most divisive and distrusted individuals to have held the post. He and his party showed disdain for the principles of democracy in their recent attempt to shutter parliament.

Yet I retain an admiration for the political system that performed its function. It has produced what Britain has badly lacked in recent years: a government that is actually capable of governing. Britain’s first past the post system, for all its famous distortions, does seem have an uncanny way of interpreting the mood of the country.

The spectacle of an exhausted and impotent House of Commons dragging itself, day after day, through endless Brexit debates it could not resolve, was undermining public faith in the capacity of its democratic institutions to deliver functioning government. This situation provided ammunition for populist attacks on the structures of representative democracy, and created a pretext for Johnson to try and sideline Parliament through his illegal prorogation.  The paralysis was therefore arguably more dangerous than Brexit itself. I did not vote Conservative, and I voted remain, but it is important to recognise why so much of the country did want to get Brexit done.

The reality of that will be a painful transition process that will take many more years and will be extremely costly. The Scottish Question looms especially large. But the country can at least now begin the next stage of the journey. Whilst a second referendum would have created an opportunity to stop this costly process, it could have proved even more dangerously divisive than the first.

The system also delivered a much-deserved thrashing to Corbyn’s institutionally anti-Semitic Labour party. Corbyn as PM would also have been even more damaging than Brexit, not just for British Jews, but for the whole country.

The next generation of progressive leaders must now build a new agenda. Their challenge is to articulate an alternative vision for post-Brexit Britain: that combines social justice, inclusivity and liberalism; that proposes a convincing programme for government; and most important of all, that offers credible leadership. That leadership must respond to, and not roll eyes at, the concerns of those who voted leave: about national sovereignty; about economic globalisation; and about identity, values and culture. In the case of Labour, Corbyn’s lack of personal remorse for his party’s catastrophe is the last damning confirmation of his ineptitude and unsuitability. Perhaps the scale of the defeat will create the basis for more suitable individuals to lead a much-needed reboot.

Can Israel hope for a similarly decisive outcome in March? Its paralysis has some overlapping causes to Britain’s: a deep divide about the very character of the nation state. In Britain the debate has been about how to balance national sovereignty over the economy, borders and population, with the economic rewards of integration and globalisation. In Israel, it has centred on the balance between the Jewish and democratic characteristics of the state.

Israel’s proportional system has meant it has never in its history had single party government, and that is not going to change. But the primary source of its current paralysis is neither its social divides nor its electoral system: Israel – like several European democracies – has a history of resolving a deadlock between the large parties by sharing power between them. In fact, despite all the complaints about Israel’s fractious system, never before this year has an election failed to result in the formation of a government. While Israeli governments have frequently lacked decisiveness, especially on the key defining Palestinian question, the system has maintained basic legitimacy and order.

But Israel has a distinct challenge: a system distorted by the presence of an individual that is now using the Prime Minister’s office as a refuge from criminal charges, and exploiting every last opportunity granted by that office to manipulate the political system in his favour. Rather than address the need to bridge divides in Israel’s complex society, he seeks to exploit them to maintain the impression of his own indispensability.

For Israel’s democracy to restore itself, Netanyahu must be displaced. Should that happen, it will be the task of his successors to restore confidence, a measure of trust, and a renewed focus on the agenda of building a shared society.

In Britain and Israel, as in other liberal democracies, a critical mass of solidarity between the citizens of the state is an indispensable ingredient of political order. Without it, the myth of ‘the will of the people’ on which the system rests will crumble. This minimum level of solidarity has never been more in question in our increasingly fractious societies. Political leaders must invest in this above all, if the very foundations of the democratic system – the worst form of government except for all the others – are to endure.