Fathom > December 2019 > The UK Election 2019 | The roots of left antisemitism go deeper than Corbynism. They lie in the fatal partnership of unregulated globalisation and political populism.

The UK Election 2019 | The roots of left antisemitism go deeper than Corbynism. They lie in the fatal partnership of unregulated globalisation and political populism.

by Peter Mason
BACK 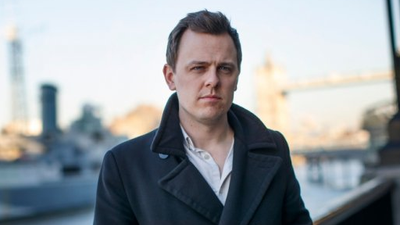 Peter Mason is the National Secretary of the Jewish Labour Movement, and a Labour Councillor in the London Borough of Ealing. He warns that the roots of contemporary left antisemitism go a lot deeper than Corbynism, being baked into nothing less fundamental than the dislocations of our globalised economy and its political consequence, right and left forms of populism that search out and indict ‘enemies within’.

Labour was thumped last Thursday, our worst beating since 1935.

Why? To state the obvious first, while Labour leader Jeremy Corbyn enjoyed an almost messianic status within much of the Labour movement, the public concluded that he could not be trusted to govern. Indecision over Brexit and a failure to end party antisemitism toward Britain’s Jews were taken as signals of what could be expected of a Labour government. Labour’s manifesto, while containing many individual policies that polled well, was so overstuffed with barely believable spending promises that as a package it was not seen as credible.

However, to view Brexit, antisemitism or what has been called an ‘incontinent’ policy offer in isolation, would be to miss an even bigger failure of the left. There is a malady lurking in the recesses of our economy and democracy to which the left, and not just in the UK, does not yet have a persuasive response. In short, the interdependent nature of economies and societies in an age of hard borders has made challenges at home and abroad seemingly insurmountable. Revolutions in technology, communication and travel have shrunk the world. Capital, goods and labour move with such speed and in such volumes across genuinely global markets. Social media has made it possible to witness the consequences of climate change and ethnic conflict anywhere on the globe and near-instantaneously. We absorb the effects of human and environmental degradation not with critical distance, but with raw and unfiltered emotion. And we consume news differently: no longer after-the-event-newspaper but on-demand-video. While our control recedes, our exposure to this inferno of destabilising change only increases.

For de-industrialised societies, the rapid transition to service economies within just a generation or two has delivered a rapid reorientation of political identity away from class solidarity toward more geographically and culturally rooted expressions of community: ‘the Rust-Belt’, the collapse of Labour’s ‘Red-Wall’, the ‘ forgotten towns’ and we see the rise of nationalist secessionism in Scotland and in many other European states.  People are seeking answers as to why their families and communities are in decline and they want hope that the future will be different. Getting neither, the temptation to seek enemies within is often overwhelming.

Perhaps it is no wonder, then, that populism is on the march. In this election, Labour proposed a form of ‘neo-Keynesianism in one country’, a massive expansion of universal state provision, at a scale greater than that which Thatcherism defeated. But just as the Tories look with futility to attract foreign capital that will only ever ask for more and more lucrative profits, Labour’s ideological loathing of the ‘neoliberal’ economic order is ignorant of the international consequences of a ‘go-it-alone’ antidote. Each fails to appreciate that only through a new architecture of multilateralism and coordinated international regulation will we be able to reign in or replace globalised and broken markets. Instead, in their pursuit of power, rather than addressing the conditions that led to Brexit, both Johnson and Corbyn retreated to that well-known corrupt populist trick: blame.

It was rife. ‘Take Back Control’ and its sequel ‘Get Brexit Done’ became shorthand for xenophobia and Islamophobia. Migrants and minorities, often those having fled the consequences of centuries of colonial oppression, were ascribed collective blame for the misfortunes of the country. ‘For the Many, Not the Few’, when combined with the party’s deceptive response to growing anti-Jewish racism, become for many a shorthand for a kind of anti-capitalist rhetoric rooted squarely in conspiratorial anti-Semitism, the revival of a world view the most destructive outing of which was still in living memory, and a racism that has always blamed some ambiguous ‘elite’, seen as controlling society, for blocking the path to the New Jerusalem.

The 2019 election exposed how far we have become like the proverbial bully: emotionally scarred by past trauma, lashing out to inflict pain on others, without a parent in sight to offer correction or counselling. Hate became normalised. Our discourse seemed unable to find a language to empathise with the other, to understand an opposing view, or to accept anything less than total supremacy of thought.

Perhaps nothing short of radically pushing power into the hands of communities at the most local of levels, away from London, through new forms of public ownership and participation, can arrest this unhealthy growth of populist nationalism spurred on by unregulated globalisation. We have to move beyond the Puritanism that infected the political culture of Corbynism without returning to the false prospectus of too-easy consensualism embraced by New Labour. There are hard choices ahead, and they need to be made in full knowledge that each and every one of us will not get what we want.

Labour faces local elections in just five short months, and an Equality and Human Rights Commission (EHRC) investigation into institutional antisemitism in the party is set to report within the same period. The time for taking responsibility, for ridding our discourse of attacks on the ‘enemies within’, from ‘Zionists’ to ‘Blairites’, “neoliberals’ to ‘elites’, and for facing up to the true scale of the challenge of unregulated globalisation is upon us.