Fathom > February 2022 > The Three Best Recent Books on the Yishuv during the British Mandate, recommended by Donna Robinson Divine

The Three Best Recent Books on the Yishuv during the British Mandate, recommended by Donna Robinson Divine 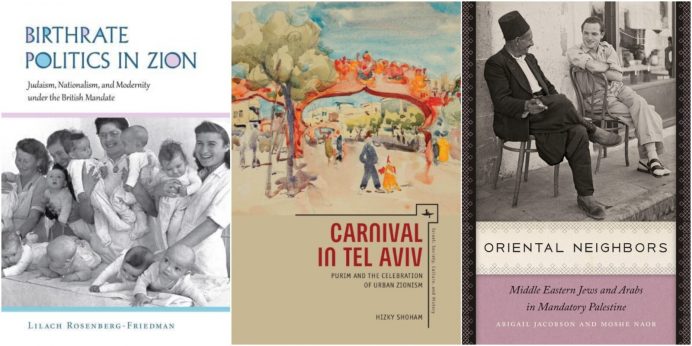 Fathom has been inviting exerts to select their three favourite books about their subject. See Sara Hirschhorn on settlements, Gil Troy on Zionism and Dave Rich on antisemitism. Here, Donna Robinson Divine recommends three books on the Mandate period.

Before hashtags told us what to think and how to feel, it was slogans that stirred up energy for political causes. Repetition could turn the slogan into an idiom wielded by politicians but also shape how the people understood history and identity. This is how the slogan ‘Negation of the Diaspora’  – urging Palestine’s Jewish residents to cast off Jewish lifestyles forged in ‘exile’  – became a core Zionist principle shaping the narrative of the Jewish National Home in British Mandate Palestine. ‘Negating the Diaspora’ provided Palestine’s Jews with an explanation for their past as well as a direction for their national future. The hegemonic status of the slogan has hovered over Zionist historiography too, sometimes lending it a romantic quality. In recent years, however, the phrase has been critically rethought by a new generation of scholars, as illustrated by these three brilliant books about the British Mandate period.

In her path-breaking work, Lilach Rosenberg-Friedman focuses on the reasons that drove Jewish women in Palestine to limit the number of their children. Population growth was central to the development of the Jewish National Home, but the role of women in determining family size is typically overlooked because of the many challenges in knowing how to coax out the data. Lilach Rosenberg-Friedman was among the first to place Palestine’s Jewish birthrates in the relevant comparative contexts – the Jewish world from which most immigrants came and the modernising influences they carried with them to Mandate Palestine. Ironically, Zionism’s own national ambitions triggered the very clash of imperatives that kept fertility rates low particularly for immigrants. More children generated more work for the very woman who sought liberation through agricultural labor while the harsh economic circumstances that immigrants had to endure also kept birth rates low. What Jews living in Palestine realised was that a new national identity was more easily proclaimed than summoned into existence.

Carnival in Tel-Aviv: Purim and The Celebration of Urban Zionism, Brill, 2016

While Lilach Rosenberg-Friedman has reshaped the study of the Yishuv by probing the personal, Hizky Shoham has reconstructed it by examining Jewish life in the public domain. His work concentrates on religious observance, showing that the gap between what Zionist leaders said about Palestine’s Jewish society and the way in which most people ordered their lives was striking. Even as they denounced the religion of their parents as doomed to extinction, Zionists were beholden to the Jewish canon and calendar. Whether feeling the stirring of an atavistic awe or simply continuing a lifestyle that met family and community needs, religion remained a core element of British Mandate Jewish culture. A parade at Purim or a carnival giving people of a certain social class the opportunity to show off their status helped the Jewish story take on a performative majesty displaying its rituals when European Jews were desperately trying to keep theirs hidden. Part of the goal was designed to imprint the Jewish story on Palestine’s landscape, changing identity not so much by announcement as by lived experience.

In their trailblasing study, Moshe Naor and Abigail Jacobson examine the multiple ways the Oriental and Sephardi communities identified with the idea of homeland but had a troubling relationship with many of the institutions gaining political power over Jews in the years of British rule. During the Ottoman Empire, Jews from the Middle East helped European immigrants [Zionist and non-Zionist] negotiate through what appeared to them alien imperial economic and political domains. When British rule dismantled the Ottoman Empire, it  rendered the vital functions of these Jews as cultural bridges irrelevant. And in spite of sharing language and culture with the country’s Arabs, there was more demand for Middle Eastern Jews  to report on Palestinians than to establish a dialogue with them based on common interests. No surprise, then, that Jews from Middle Eastern countries were recruited to become Zionism’s first generation of spies.

Reach of these books helps us to see that, notwithstanding Zionism’s convictions and projections, Jews coming to British Mandate Palestine stepped into a world of uncertainty and loss. People, places, and language had been subtracted from their lives disposing immigrants to offer respect rather than disdain for the people left behind if only because when they looked back at the lives of these men and women, they saw a great deal about their own. And to explain their reverence, Palestine’s Jews had no trouble finding a vocabulary in the Zionist lexicon filled, as it was, with metaphors of a shared Jewish fate. 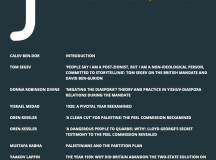 By Fathom Editors
Fathom has published a new eBook to mark the 100th anniversary of the beginning of... Read more > February 2022 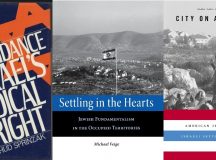 The Three Best Books on Settlements, recommended by...

By Sara Hirschhorn
Welcome to a new Fathom series in which experts select their three favourite books about... Read more > February 2022 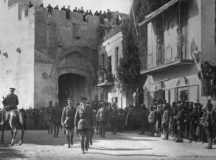 By James Sorene
Despite issuing the Balfour Declaration in 1917 and subsequently obtaining the Mandate for Palestine from... Read more > February 2022 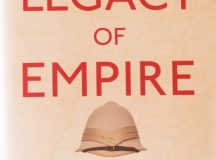 By Bruce Maddy-Weitzman
A better title for this book would have been Original Sin: Britain’s Embrace of the... Read more > February 2022