The Three Best Books on Settlements, recommended by Sara Hirschhorn

by Sara Hirschhorn
BACK

Welcome to a new Fathom series in which experts select their three favourite books about a subject. To kick us off, Sara Hirschhorn, selects three books about the settlements and explains what she likes about them.

Despite the centrality of the settlement project to the last 50 years of the Israel/Palestine conflict, both in domestic politics and international relations, the literature on the movement remains remarkably thin overall, and has severe limitations. The strengths of the canon are the focus on ideology and religio-politics, diplomatic history, and profiles of a limited number of high-profile settlements. The weaknesses, which I fear are many, include a limited chronological range (very few offer a continuous history to the present), constrained geographic scope that leave out the remarkable diversity of settlements and their demography, and too much attention being paid to early messianic movements, with little concern for their intellectual evolution or their move away from ideology entirely.

Today the Israeli settler movement is demographically comprised of Ultra-Orthodox and economic settlers and there is almost no scholarship that reflects this phenomenon. Moreover, the canon is almost exclusively composed by Ashkenazi men and the work reflects this bias in its exclusion of most other constituencies within the movement. In essence, much of both the scholarship and media perception of the settlement movement is stuck in a 1970s time-warp, which does an extreme disservice both to understanding the settler movement of today or conflict resolution of tomorrow.

The editors limited me to recommending three books and two honorable mentions.

Ehud Sprinzak was the scholarly father of studies of the Israeli radical right and settler movement although he produced most of his major works in the early 1990s prior to his premature death from cancer and sadly did not train many students in the field to follow in his footsteps. While I don’t particularly care for the terminology of ‘radical right’ (What is ‘radical’? What is ‘right’? I myself prefer the framework of Israeli ultra-nationalism developed by Charles S. Liebman based on the three-axes of territorial maximalism, ethnonationalism, and theocracy), Sprinzak makes the critical points that illegalism is deeply embedded in Israeli culture, has roots in both right and left wing Zionist philosophies, and operates both as a political ideology and as a social movement.

The book then surveyed many of the ideological-social camps which are essential to understanding the early years of the settler movement – treating Gush Emunim [the Bloc of the Faithful], but also other important streams like the Land of Israel Movement, Tehiya, and Kahanism. Sprinzak deftly toggled between social movements, parliamentary activity, and even terrorism, using a kind of interdisciplinary methodology to outline the full impact of these ideologies from pre-1948 to the 1990s. However, the book now feels dated, even if the ideological legacy of these individuals, events, and movement still have currency and resonance.

Michael Feige’s landmark book is an adaptation of a larger Hebrew work that covered the full spectrum of Israeli politics entitled One Space, Two Places: Gush Emunim, Peace Now, and the Construction of Israeli Space (Jerusalem: Magnes Press, 2002). Feige, an anthropologist, sociologist, and peace activist turned his interest in Israeli collective memory, symbols, and archeology to the settlement enterprise prior to his tragic death in the Sarona Market terrorist attack in 2016. Feige’s book takes a more thematic approach than most other academic studies, addressing not only some of the main ideological-social movements (both Gush Emunim and secular Zionist territorial maximalism) but the aesthetic, ritual, and sacrificial themes of settlements, the role of trauma, the impact of terrorism, and the expression of feminism within the settlement enterprise. Feige’s work is also one of the few (if only?) that devote a full chapter to Palestinian responses to the settler ‘worldview’. Though Feige’s work is chronologically-limited and replicates a mostly native Israeli Ashkenazi phenomenon (although he was actively researching other groups in papers that sadly are mostly unpublished), it remains a seminal work in the field.

I deliberated as to whether to include my own book on this list but apart from its distinguished reception, I believe it represents a new direction of the literature amongst a second generation of scholars in the field. This work, which considers the over 60,000 American Jews who have come to settle in the occupied territories since the 1967 war and the broader links between American Jewry and the Israeli settler enterprise, is the first of its kind to look at the project in transnational intellectual perspective and include the contribution of immigrant populations (Americans are only one of many) to this larger movement. It is also one of few books that comprehensively deals with the period since the 1980s, when settlement ideology, demography, and discourse changed significantly, moving from a messianic project to a securitised-surburbanisation movement. Last but not least, it also provides a great deal of texture to more traditional accounts of settlements, profiling leaders and communities in-depth, including those that have received less attention from the literature. Most importantly, it gestures toward a new generational agenda for younger scholars that will focus on heterogeneous and dynamic Israeli settler enterprise of today, rather than of yesteryear.

And honorable mentions to…

Gorenberg’s elegant and eloquent account of the first decade of the Israeli settler enterprise, primarily from a diplomatic and intellectual history perspective, advances the argument of an ‘accidental empire’ in the occupied territories – it is a very noteworthy contribution to the field Other scholars had covered similar material, but without his genius for storytelling.

While a work of fiction, Gavron’s book is highly readable and historically rich source that also draws critical ideological connections between the kibbutz movement and the Israeli settler enterprise. 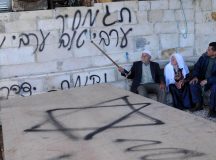 Ultra-nationalism, settlements and Jewish extremism: an interview with...

By Sara Hirschhorn
Settlements and settlers in the West Bank are seen as by many in Europe and... Read more > January 2021 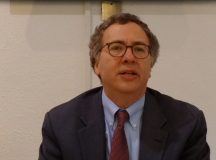 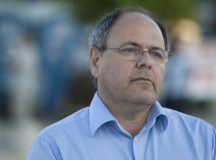 By Dani Dayan
Settlement construction is a controversial topic within Israel and is often the subject of international... Read more > January 2021